In Focus
By Emily Dolan

I have just started work on the second chapter of my dissertation, which is another way of saying I spend a lot of time on Facebook. In fact, over the last several months I have become a compulsive Facebook checker, particularly when it comes to reading the status updates of a fellow dissertation writer and Facebook “friend.” (I think we’ve only actually met once). Every day, and occasionally multiple times a day, she regales all seven hundred of her closest friends with updates on every aspect of her writing experience: her latest conceptual breakthrough, the unexpected number of words she wrote, and her advisor’s heartwarming approval and encouragement. Every time she posts about her progress, I like her a little less. I often slide my mouse menacingly over the “unfriend” link, but the thought of not knowing how much work she is doing is almost worse than the knowing itself. 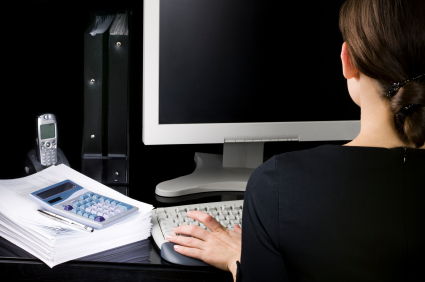 I don’t think I would find her status updates so infuriatingly smug if I didn’t go from reading her updates to staring at my own one-page Word document ambitiously entitled “Chapter Two.” While I am making progress, it is nowhere near the progress she is making. And though my advisor isn’t frustrated with me, she also doesn’t stop me in the hallway to shake my hand and remind me how brilliant my project is. So by comparison, I feel like a failure. And it’s only recently I’ve realized how much comparison matters to me.

For all of my academic life, I have always been somewhere near the top of my class. Though far from the best or brightest, I have been well respected by my peers and praised by my professors. But then I finished course work. Suddenly, instead of the camaraderie of the classroom, I had long hours sitting at my computer, alone. Instead of the affirmation of my peers and professors, I ran into one intellectual dead-end after another and began to wonder if I really could write a dissertation.

During this season, I saw a recording of Nancy Ortberg giving a message at a woman’s conference. In her message, Ortberg suggested that most women’s greatest struggle is to stop comparing themselves to others. She pointed to John 21 where Peter asks Jesus about the future of one of the other disciples and Jesus replies, “If I want him to remain alive until I return, what is that to you? You must follow me” (John 21:22). In trying to ascertain how much Jesus values this other disciple, Peter is actually attempting to figure out how important he himself is to Jesus and assess where he stands among the hierarchy of disciples. Yet, instead of correcting Peter by simply assuring him of his value and significance, Jesus’s directive completely dismisses the possibility of comparison. “You must follow me.” With four short words, he reminds Peter that the life of a disciple is not about jockeying for position and affection; it is about trust and obedience.

Jesus’s words resonated deeply with me during my post-course-work slump. As I obsessively fixated on the inadequacy of my dissertation progress, I began to realize that focusing on his plans for other people not only made me disobedient but it also prevented me from appreciating his plans for me. This became unmistakably evident when, in the midst of my grumbling about everyone else’s dissertation writing, I was offered the opportunity to teach two literature courses at my undergraduate school — an opportunity that has been a life-long dream and a long-term goal. The incredible irony of this situation was both humorous and humbling. While I was busy feeling jealous over someone else’s productivity and success, God was orchestrating a dream teaching opportunity for me which would have been difficult to accept if I were on the dissertation fast-track I thought I wanted.

So as I’ve learned over the past few months, when Jesus says, “You must follow me,” it is not a punishment, but rather a promise of blessing if we are only willing to believe in his goodness and trust in his perfect and unique plans for each of us.

Emily Dolan is a graduate student in literature at the University of Connecticut. Her dissertation is focused on the role American women writers played in the shift from sentimental literature to realist literature following the Civil War. In her spare time she enjoys playing the piano, drinking tea at Starbucks, and watching bad BBC mini-series.

Blog
By Tish Harrison Warren
My Institutional Relationship with Jesus

I’d like to propose a moratorium on the use of the phrase “personal relationship with Christ.” A close friend who recently attended my Anglican church was alarmed that we read what she called “other people’s prayers.” She said that we need . . .

Reflections
By Anna Moseley Gissing
What does it feel like to be the farmer?

Anna Moseley Gissing reflects on the parable of the sower and experiences some personal insights into her character.