In Focus
By Laura Veltman

Listening for Breath: Some Thoughts on Reading the Diverse American Experience 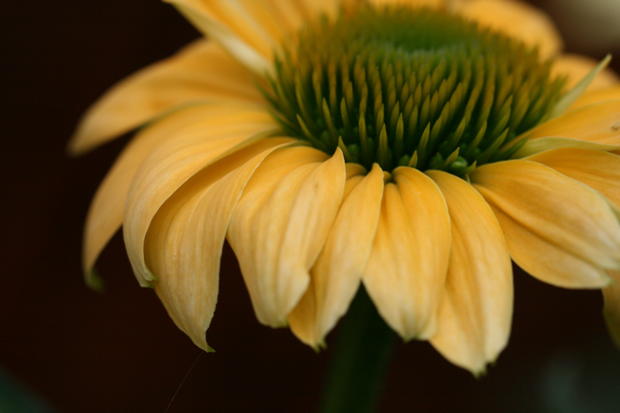 For George Floyd and so many more.

I didn’t read Toni Morrison until I was in graduate school.

In spite of being an English major who took four or five more undergraduate English classes than were required for my degree, in spite of attending college within five years of Toni Morrison earning the Nobel Prize in literature as the first and, thus far, only African-American woman to be so honored, in spite of taking every American literature class I could, I arrived at my MA in English program without a scintilla of exposure to her writing. Because she wasn’t on the syllabus. And I didn’t know what I was missing.

Beloved was thus a revelation. Toni Morrison made words do her bidding, documenting the trauma and hope that has shaped so much of African-American history. Under the patient tutelage of Dr. Nellie Y. McKay, who with Dr. Henry Louis Gates Jr. had co-edited The Norton Anthology of African American Literature, I realized that my very good undergraduate education — which I loved — also had huge gaps. And not only were these gaps glaring but they also would do harm if, as a future professor of American literature, I replicated and perpetuated them. Moreover, as a person of faith, I began to recognize these gaps as spiritually damaging, both individually and corporately.

When it came time to specialize for my PhD, I chose 19th and 20th Century American literature with a minor in Afro-American Studies. Dr. McKay not only taught three of my African-American literature seminars but also hired me as a grader for her undergraduate African-American women’s literature course and, eventually, as a lecturer in the Afro-American Studies Dept. She also graciously agreed to direct my dissertation, which focused on how American authors such as Harriet Beecher Stowe, James Weldon Johnson, Thomas Dixon Jr., and (of course) Toni Morrison linked, or rejected efforts to link, white-supremacist language and theology in order to create an exclusionary, “God-ordained” American racial paradise. (She was one of many teachers who transformed my life.)

My intellectual and spiritual life has been so enriched by learning to seek out and listen to voices I didn’t even know I was missing.

But here’s the thing: If I hadn’t gone to graduate school, would I have any inkling of what I was missing? How do you know about what you don’t know about, especially if — like for me — white privilege enables you to avoid wrestling with the history and legacy of race and racism in the United States?

If you are in that same boat, perhaps you might need a starting point. So I have made a list of texts I believe can help. I am a reader, teacher, and writer. That’s what I do for pay and pleasure. My suggestions here are in that vein: a reading list, largely of American fiction. Don’t misconstrue this list as a summation of all that can or should be read. It isn’t. Instead, I offer it as a list that may enable you to listen to some American voices you might not know you are missing. (I have also left off poetry for another day.)

Additionally, it is a list intended to bring pleasure — which is not to say that these books are “easy reads.” But listening to alternate worldviews and seeing other perspectives shouldn’t be something you do, maybe like going to the dentist or running on a treadmill, solely or primarily because it is “good for you” (though it is that —intellectually, spiritually, emotionally, civically). It isn’t punishment. Nor is this list an exercise in blame, though there may be discomfort and disagreement with different ideas presented.

My contention is instead that there is great enjoyment and illumination (and sometimes dismay and even horror) in learning about other people and other ways of being alive in this world — and that to write and read books is, as Flannery O’Connor suggests, an act of hope: “People without hope not only don’t write novels, but what is more to the point, they don’t read them. They don’t take long looks at anything, because they lack the courage. The way to despair is to refuse to have any kind of experience, and the novel, of course, is a way to have an experience.” (from "The Nature and Aim of Fiction" in O'Connor's Mystery and Manners: Occasional Prose.)

I would hope that, in addition to approaching the list with an expectation of excellent stories well told, you might also step outside of the moments of discomfort to meditate on the question, “Even if I don’t agree with everything (or anything) this author says, what different view (of the US government, the American Christian church, immigrants, the police, public schools, etc.) would I have if I inhabited the world described in this book?” Set aside the moments of wanting either yourself or the author to feel differently (“I don’t like the way this book makes me feel” or “If I were you, I wouldn’t feel that way and so you shouldn’t feel that way either”) and, for a little while, imagine that the author has written in good faith and in the hope that the world can be better than it is. Imagine how, if even part of what the author says is true, you might respond in word and deed. Imagine how your life would be different if you had to live, rather than just imagine, that life.

And then try another book, another author, another worldview that you didn’t know you were missing. And start to talk with others about what you saw and heard, remembering that you are a guest in someone else’s culture. (If like me you are white, you might also keep in mind these words from Toni Morrison: “Crude and crass as most of it is and, really, uninformed as almost all of it is, the discourse about race is important.... But the real conversation should take place among white people. They should talk to each other about that. Not with me. I can’t be the doctor and the patient." (In Boris Kachka, “Toni Morrison’s History Lesson,” New York Magazine, August 24, 2008.)

Especially for my Christian friends, consider this exercise as part and parcel of a Christianity where we profess a Triune God — diversity and yet unity of personhood — or where we need four voices, four Gospels, to tell the story of the Cross, or where Pentecost is multilingual, many-tongued, all of which can voice Truth.

Laura Veltman is Professor of English at California Baptist University in Riverside, California, where her teaching and research focuses on 19th and 20th century American literature. In her free time, she plays with her nine-year-old and five-year-old while reminding herself that the housework will wait.