Getting Rid of Good Stuff

I am the true vine, and my Father is the gardener.  He cuts off every branch in me that bears no fruit,  while every branch that does bear fruit he prunes  so that it will be even more fruitful. — John 15: 1-2

I came back home after a trip away and discovered my eyes could see much better than before. It was the clarity that comes from time off.

As I unpacked, I saw what I am usually blind to: closets stuffed to the gills in the bedroom, in the hall, in the kitchen; an appalling amount of flotsam and jetsam that I’ve allowed to take up residence on the front hall table, the bedside table, the family room side table. 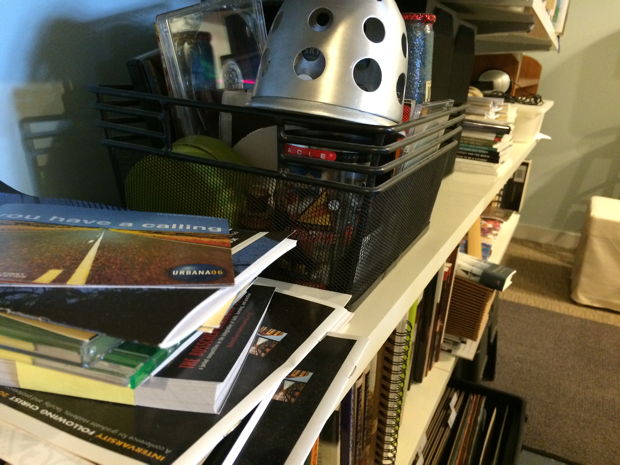 It’s not just my closets and tables though. The floppy days of summer seem to generate an overabundance of ideas and possibilities:  places to go, people to see, movies to watch,  books to read, recipes to try, websites to explore,  blogs to follow, social media to track.  I can wander through hours and hours of free time like a happy lost puppy, utterly clueless as to where I am going.

It was clear I needed a serious bout of pruning. So riding on the post-vacation wave of good intentions, I set to work on a hall closet that resembled a vertical junkyard. I took everything out and spread it all over the guest room.

Each day I’ve been spending half an hour figuring out what I should keep, what I should throw away, and what I should give away. It’s going remarkably well because the limited time means I never reach the point of brain fatigue when everything ends up in the "decide later" pile.

Pruning back my schedule has been much trickier. It’s hard for me to let go of possibilities which don’t require any space and don’t cost any money. All they require is a bit of time. But unfortunately I have a limited supply.

Whatever I say "yes" to is also a "no" to a hundred other ideas. But what to let go of? None of the possibilities are bad. Unlike the old rusted paperclips I easily tossed in the trash, it’s hard to discard perfectly good options. 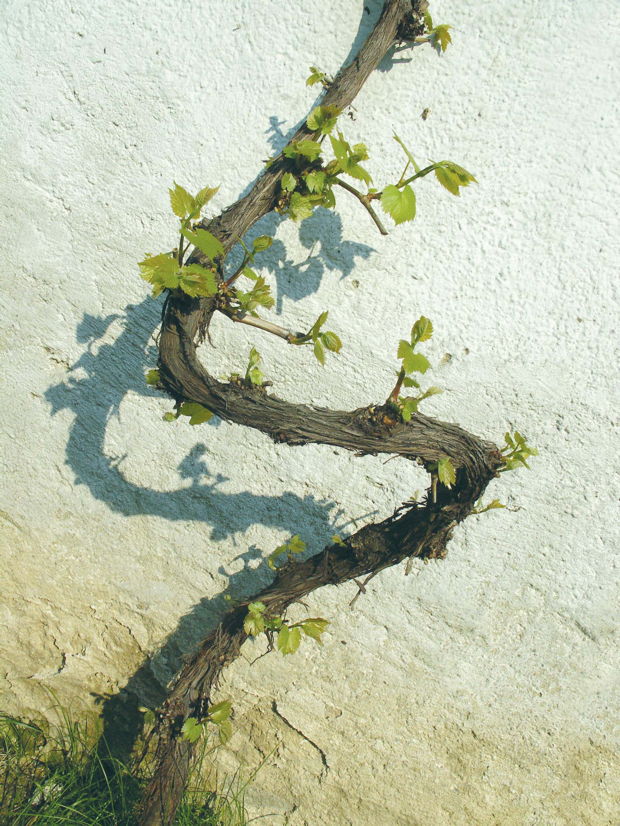 But on a grape vine, fruit comes from saying no even to healthy shoots because the branch can only feed so many clusters. It’s the same with the branch of my life; it can hold only so many projects. I have to decide what to say yes to and what to put in the “not in this lifetime” box.

So, I took a mental hacksaw and tried to trim back my schedule. It did not go well. I became paralyzed when I considered all the appealing activities. To get rid of any of them felt like cutting off a limb. I gave up and the next day I took another stab at it. After a few more days of failure, I realized there was only one solution. I had to give my pruning shears to the Gardener.

It may sound like this is over-spiritualizing the problem. Do I really need to involve God in the mundane choices in my life? Does the Master of the Universe care if I spend another fifteen minutes on Facebook? And do I really need his help weeding my creaking, overcrowded bookshelves?

The Lord of the trivial and mundane

The answer is yes. By his redeeming love I am attached to his vine, and he has become Lord of all my life, not just my soul. He rules the trivial as well the profound.

This means he is the Master of my internet use.  He is the Director of my free time and my social life.  He is the Lord of my to-do list and my I-want list.  He is the Landscape Architect who sees the whole design of my life and how it fits into his grand scheme.

The gardener doesn’t just think about one branch on one vine. He keeps the whole orchard in mind.

If he truly is the Gardener in charge of my life, I need to let him prune every twig on my branch. Especially since I don’t have a good pruning track record when it comes to how I spend my time, rarely making the painful cuts.

That’s why if I want to deal with my overstuffed hours, the best place to start is sitting at his feet, exposing all the stems that grow off of my main branch. Then, I need to listen for his guidance about what needs to be trimmed, what needs to be cut off, and what can be saved for the “maybe later” pile.

However, identifying what to say no to isn’t the end. The final step is to open my heart to the Spirit’s scalpel and actually cut off the unneeded suckers and shoots. That’s the hardest part for me. I start to balk at God’s plans. I second guess his choices.

But the Gardener doesn’t work against my will. He doesn’t force me to expose my branches and give them to him. He doesn’t demand that I submit to his pruning. He waits patiently. But if I’m wise I will let him remove whatever He wants: the good growth, healthy options, and pleasant possibilities that take life-energy away from the work of the vine.

When I’m able to do this, I have space to grow. My hours aren’t crowded out. I have time to focus on his best for me. And this in turn produces abundant fruit — fruit not destined for my own consumption but fruit that he will use to help feed a hungry world that is starving for true nourishment.

What about you? Do you have branches in your life that have become overgrown? Are there shoots that need to be cut back to produce rich, abundant fruit? When will you spend some time with the Gardener so he can go to work?

...work out your salvation with fear and trembling;  for it is God who is at work in you,  both to will and to work for His good pleasure.  — Philippians 2:12-1 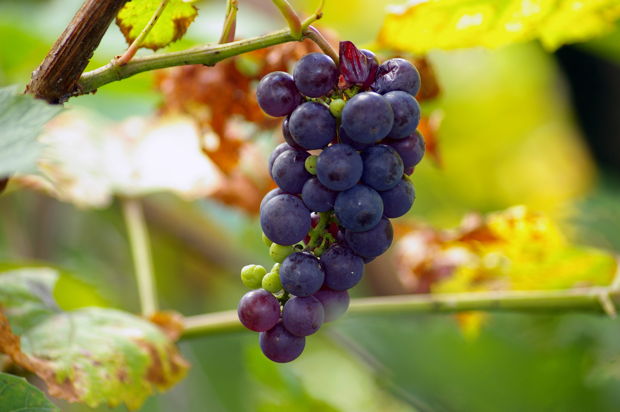 I sat a few nights ago in a cavernous Congregational church in Madison while the Bach musicians rehearsed. Unable to attend their concert, I came instead to the dress rehearsal...

Blog
By Anna Moseley Gissing
Giving Up Yes for Lent

Anna Moseley Gissing explores the courage and wisdom required to leave opportunities on the table.

Arts, Books, and Media
By Jen Underwood
Let Me Think

Jen Underwood explores the intersection of life, faith, and paper-writing in this original poem.