Interpreting Scripture through Art: “To Be Seen” 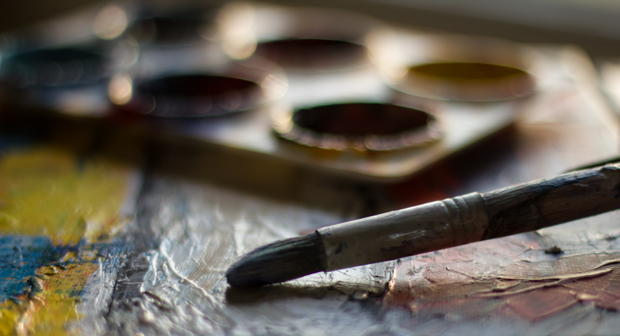 Therefore, you shepherds, hear the word of the Lord: As I live, says the Lord God, because my sheep have become a prey, and my sheep have become food for all the wild animals, since there was no shepherd; and because my shepherds have not searched for my sheep, but the shepherds have fed themselves, and have not fed my sheep; therefore, you shepherds, hear the word of the Lord: Thus says the Lord God, I am against the shepherds; and I will demand my sheep at their hand, and put a stop to their feeding the sheep; no longer shall the shepherds feed themselves. I will rescue my sheep from their mouths, so that they may not be food for them...

Therefore, thus says the Lord God to them: I myself will judge between the fat sheep and the lean sheep. Because you pushed with flank and shoulder, and butted at all the weak animals with your horns until you scattered them far and wide, I will save my flock, and they shall no longer be ravaged; and I will judge between sheep and sheep.

Tirzah created a series of oil paintings to accompany an exegesis paper that she wrote for a class at Duke Divinity School in Spring 2020. This devotional guide is adapted from that exegesis to guide you through a meditation on Ezekiel 34 and consideration of Tirzah’s paintings. 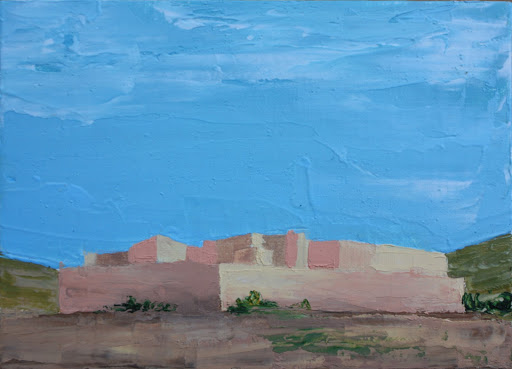 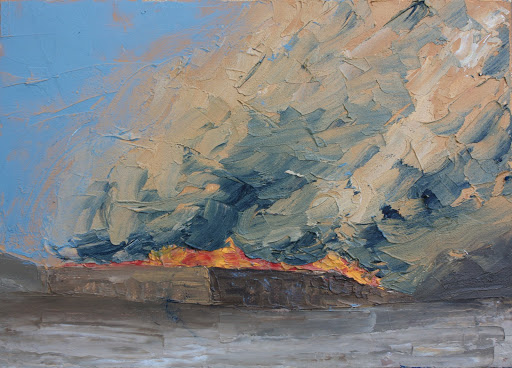 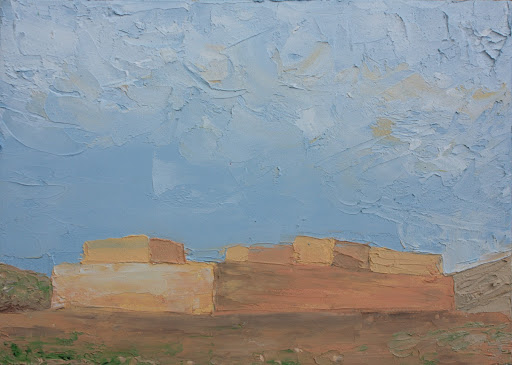 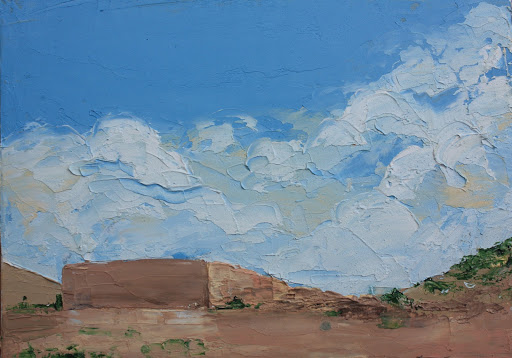 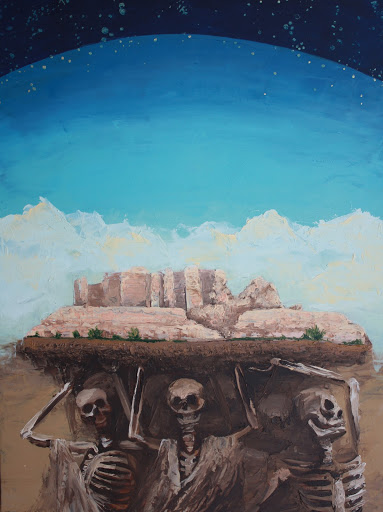 Ezekiel 34 is a clear example of a prophecy of judgement that names and sees the plight of the poor by attributing blame and responsibility to poor shepherding. Its written words give value to the lived experience and the pain of the poor while acknowledging the culpability and complicity of those in power. It is proof that they have been seen and heard. Even in circumstances where it seems that the culpable parties may not be brought to justice, recognition matters. Voices and stories matter, and it is through art and literature that stories are given a platform to be heard and recognized while making meaning from pain.

These paintings I created for this reflection are meant to engage with the viewer on multiple levels. Which elements of the paintings stand out to you? What questions do they raise in your mind? How might your observations and questions be born out of your unique life experience? Would someone else you know notice different details or ask different questions? In many ancient canons, the size of the figure was relative to its importance in an artistic piece. In this piece, the remains of the living are larger than life. Were they not supporting the ruins of the city, they would be able to step up and touch the heavens. They are the most important element of the painting and yet they are pushed to the bottom, in the shadows and cropped. Even what the viewer does not know, namely that there is an underpainting covered by the visible paint, contributes to the story behind the painting. And to be sure, there are always stories that do not get heard.

The four studies of the city of Jerusalem represent the city at four different points in history. They push the viewer to consider the question: when we talk about certain time periods being “good,” are we speaking from the lens of the privileged or the oppressed? The invader or the invaded? The represented or the underrepresented?

Ezekiel 34 is the second of the “salvation oracles” following the oracles of destruction. Jerusalem has recently fallen. It is of the utmost importance that the first oracle given to Ezekiel after the initial fall of Jerusalem inform the leaders and upper-class among the Israelites that God will hold them accountable for their injustices. The prophecies of salvation begin with recognizing the plight of the most vulnerable. This chapter is also a prophecy against the very Israelites who did not care for their own. Ezekiel is commanded to “prophesy against the shepherds of Israel” (Ezek 34:2). The kings and rulers, or the “shepherds,” are accused of only taking care of themselves. They have not “strengthened the weak or healed the sick or bound up the injured…[they] have ruled them harshly and brutally” (Ezek 34:4). God is “against the shepherds and will hold them accountable (34:10). God not only places the culpability of poverty and sickness on the rulers but also names the importance of the physical and material well-being for all.

God states the need to rescue the flock from the shepherds, implying that they have been actively harming them. This harsh indictment continues to certain members of the “flock” as God addresses the ruling class in verse 17 (Ezek 34:17). There is a clear distinction made between the fat and the lean (Ezek 34:18-21). These fat sheep have consumed excessive resources and exerted power over the vulnerable. It was recorded that the conquering Babylonians gave land and vineyards to “some of the poor people, who owned nothing” (Jer 39:10). The plight of the oppressed was better under the conquerors than their own rulers! So, God promises to hold the shepherds accountable and to “judge between the fat sheep and the lean sheep” (Ezek 34:10, 20). Before continuing with the oracles of salvation for Israel as a whole, it was deemed necessary to set the standard first. There would be accountability.

If prophecy was used to elicit a more just lifestyle from those who heard and read it, it was also used to illustrate why there was a need to do so in the first place. The process of documenting, exploring, and displaying is a way for the author, scribe, and artist to search for meaning in what has been done while at the same time bringing it back into view of the public. Those who consume this literature and art are once again bearing witness to history. They are made to wrestle with the difficult verses and engage with art and literature, exploring it for meaning. How poorly were the “sheep” treated to elicit such judgement from God? Was life better for them under foreign rule? All the while, this searching, witnessing, and asking serves to see and recognize the plight of the poorest and hopefully make the viewer ask the same questions for their own context.

Photo by Steve Johnson from StockSnap.

Tirzah Villegas is a painter and creator whose spiritual practices inform her art. Currently a student at Duke Divinity School, Tirzah is focusing on the study of a decolonized Christianity and aesthetic as it pertains to spiritual liberation and liberation practices. Before deciding to attend divinity school, Tirzah had an array of jobs that inform her current theological lens, some of which include bartending, hog farming, youth workforce development, program director for a necessity-driven entrepreneur nonprofit, and interpreting. She is most interested in creating spaces that allow for people across a variety of spiritual disciplines to engage in spiritual practices that offer liberation from imperialist and colonialist structures. You can see more of her work online at Patreon and on Instagram.

Leslie Iwai explores Isaiah 53 through art in this installment of our series of arts devotionals at The Well.

Renée Fisher reflects on the way her study of Psalms informed her creative filmmaking process in this installment of our series of arts devotionals at The Well.