Becoming All Things: How Small Changes Lead To Lasting Connections Across Cultures 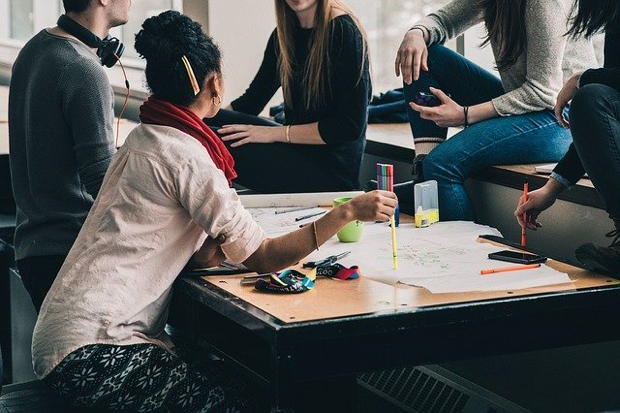 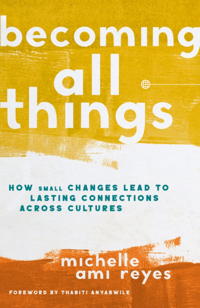 During grad school, my favorite place to write was a multipurpose lounge on campus. People rarely came in because the booths were old and the lighting was dingy, but for me this unused space was a treasure trove of solitude. I got some of my best work done in that lounge. Occasionally a fellow doctoral student would trickle in, but they never made a sound, and we all felt like we shared a secret in coming to this place. That’s the thing about our preferences: like tends to congregate with like, and it creates a sense of belonging.

I had been coming here for months and had never been interrupted — not once! But then, one day, everything changed.

That afternoon, as I was reading Foucault’s Technologies of the Self for what felt like endless hours, and my eyes were beginning to glaze over, the door to the tiny lounge suddenly burst open, and a sea of noise came rushing in. A group of ten Korean men speaking loudly walked up to the biggest table in the middle of the room and began assembling a communal meal. Lunch boxes and Tupperware began magically appearing out of backpacks, and eventually the whole table was covered with a veritable feast. In the course of a few minutes our quiet room began to echo loudly with the sounds of smacking and slurping. The feelings of discomfort experienced by the others in the room were palpable.

Granted, I’m not threatened by noise. For the most part, Indians are at home in loud environments. Parties and holiday gatherings never seem complete until the house is jammed full of people, food, music, and laughter. Kids run around, shouting and doing who-knows-what, while moms and aunties cook amazing things in the kitchen and talk loudly. That’s just what we do in our culture: we eat and we talk, and then we eat some more. Get-togethers are loud. People are everywhere and everyone’s happy. You could say that happiness in Indian culture is displayed with a high-decibel accompaniment.

Korean culture, from what I’ve learned from my Korean American friends, shares a good deal of overlap with Indian culture in this regard. So, while the abrupt introduction of noise into our quiet study lounge felt a bit jarring (I had wanted to get some work done, after all), I didn’t mind it too much.

There were two other students in the room, however, both of whom were white, who were more than just a little annoyed by the change. To them, these men were intruders who had committed a grave offense.

Noise is one of those things that often creates a divide between people of dominant and subdominant cultures. Watch any movie about cross-cultural relations, and the “problem” of noise will become immediately apparent. Typically, white folks feel overwhelmed by how loud their culturally different neighbors, coworkers, or potential in-laws are.

The Korean men weren’t doing anything wrong. We were in a public space, and they had every right to eat there and talk as loudly as they wanted to. The lounge had no specific rules about noise. What they were doing wasn’t the norm for that space, but it wasn’t breaking any rules either. Still, the decibel at which they were speaking extended well beyond my two fellow students’ comfort levels and had clearly upset them.

It doesn’t matter what your skin color or ethnicity is, we can all feel this way under certain circumstances. When your neighbors blare music in their backyard during a party, when that tenant in the apartment above you is making “too much noise” and you’re trying to sleep, when that person in the pew next to you at church is singing too loud, when someone sounds like they’re practically shouting on their phone while sitting at the bus stop or listening to music without headphones, or when someone is making noise outside your baby’s window during nap hours, our response isn’t as simple as “Well, that’s different, but I guess I’ll get used to it.” I wish we were all that easygoing. Most of the time we become angry, walk out our front door, and give looks, make comments, and possibly even file a complaint or call the police. That’s what we do when somebody disrupts our comfort and intrudes into “our” space.

And that’s exactly what happened in that dingy old study lounge that day. The two students became visibly upset, sending exaggerated glares at the group of Korean men. You know the look you try to give people when you are upset with them and you hope they will immediately understand how you feel from the sternness on your face? Well, that’s what they were doing, and it wasn’t working. Their comfortable space had been disrupted with layers of discomfort, and if menacing stares would not restore things to the way they were, they were ready to take their communication to the next level.

I watched in horror as one of the white women stood up and confidently marched over to the table of Korean men. It was like a scene from a movie where you know the person is going to push the wrong button and everything is about to explode, but it was too late to stop it from happening. Disaster was imminent.

“Excuse me,” she shouted, standing authoritatively over them with her hands on her hips, “You guys need to quiet down, or I’m going to have to ask you to leave.”

Even though I wasn’t the insulted party, I immediately felt their shame. It was the shame of being Asian American and only being treated well if you live up to the myth of the silent, model minority, the shame of white culture placing rules and restrictions on how Brown bodies should talk, laugh, eat, act, and be. Our society has created labels to describe these behaviors like “the loud Black woman” or “the quiet Asian” to enforce a white default for appropriate expressions and volumes, and these stereotypes use noise levels to create parameters of success or failure for minorities.

That’s what makes situations like this one so complicated. It’s wrapped up in power dynamics lurking beneath the surface. The white woman’s expectation, of which perhaps she was unaware, was that these Koreans would do exactly as she requested. This was a power play with threats leveled to enforce her preferred standard. Whether she realized it or not, she was expressing her own personally mediated racism in coded language, using her position of privilege to get what she wanted. This sort of behavior is not at all uncommon, happening far more often than we’d like to admit.

By now, we’re all familiar with the narrative of cops being called because of a potential disturbance caused by a Black man or a group of Brown people. Privilege is weaponized to impose a cultural imperialism against those who do not follow the majority cultural protocols. We demand that someone else adhere to our norms, believing that our cultural standards are better than theirs. We come in with what we feel is the right volume (or words, or behavior, or music, or dress code) for our community and try to hang that over someone else’s head, instead of learning how to be culturally flexible.

The question of noise level is just one example. Each of our preferences for certain standards of living is predicated on personal cultural values, and our unwillingness to adapt to and be flexible with other expressions, volumes, and tones is a big factor in the sort of oil-and-water relationships that we have across cultures today. It’s not easy to adapt or mix the two when one or both see themselves as right and the other as wrong.

Different cultures coming together will always create tension. We value different things, and we express our values differently too. But a fear of other people’s cultures causes real and detrimental effects. As long as we see someone else’s way of life as inappropriate or wrong, we will focus our energy on controlling how the other person talks, walks, laughs, thinks, and behaves. The more we dislike what someone else is doing, the more we will define our society and the spaces we inhabit by notions of superiority and isolationism rather than tolerance, acceptance, and openness. The resistance to cultural change, even change to cultural values, is part of an effort to control our country’s social fabric through the exclusion and intimidation of people outside the center. That is something Christians should resist, as it is the antithesis to biblical notions of racial solidarity where people of all cultures and ethnicities are to be welcomed and celebrated for who they are. Resistance to cultural change, in contrast, is the gateway to xenophobia, racism, and nativism.

Loving our neighbors means learning to love people different than we are. We need to become comfortable with alternative ways of doing things and ask ourselves, "How much cultural discomfort am I willing to bear?" We will not even know how to answer this question unless we are willing to sit in our own discomfort and begin listening to and appreciating our fellow human beings.

Taken from Becoming All Things by Michelle Reyes. Copyright © 2021 by HarperCollins Christian Publishing. Used by permission of Zondervan. www.zondervan.com.

Photo by StockSnap from Pixabay.

Michelle Reyes (PhD) is the Vice President of the Asian American Christian Collaborative and Co-Executive Director of Pax. She is also the Scholar-in-Residence at Hope Community Church, a minority-led multicultural church in East Austin, Texas, where her husband, Aaron, serves as lead pastor. Michelle's work on faith and culture has been featured in Christianity Today, The Gospel Coalition, Missio Alliance, Faithfully Magazine and more. Her forthcoming book on cross-cultural relationships is called Becoming All Things: How Small Changes Lead to Lasting Connections Across Cultures (Zondervan; April 27, 2021). Follow Michelle on Twitter and Instagram.

Katie Hope Kennedy relives the struggles and joys she experienced on a global missions trip to the Central African Republic.