Harriet: The Tenacious Contemplative Journey of a Woman Called Moses 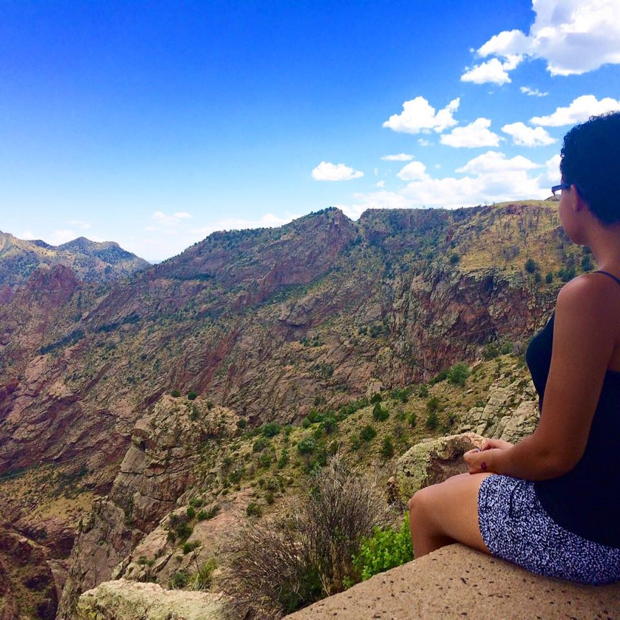 Gilbert, my husband of 41 years, is a movie buff. He was delighted that I joined him at the theater to see Harriet this past November. Unlike him, I attend the movies infrequently. However, I had been anxiously waiting to see Harriet. In the opening scene, Ms. Harriet is laying prostrate facing the heavens. This setting stages her journey of looking upward to Yahweh for spiritual direction. Let’s take a closer look at the life of Ms. Harriet — “the woman called Moses” — where we find examples of deep listening to God in the life of a tenacious witness.

The Beginnings of Revelation

Ms. Harriet’s birth name was Araminta Ross and she was affectionately called "Minty." She was born about 1823 and died in Auburn, New York on March 10, 1913. Even though she was not tall in stature, she was mighty in virtue. She is known as a political activist and abolitionist. She knew her purpose in life was to stand for justice and to be a conduit of freedom for enslaved people.

Early in her life, Ms. Harriet experienced a head injury at the hands of her slave master. She had not been his target, but she experienced the ramifications of the heavy metal object thrown. Her injuries caused her to experience moments of hypersomnia and temporal lobe epilepsy. Throughout her life she had dreams and visions. She understood these revelations to have been from God, despite others disagreeing. Nonetheless, such revelations impacted her spiritually, and led her as she led others to freedom.

Ms. Harriet was illiterate, but her illiteracy did not stagnate her faith in God. She was confident in her relationship and believed him for direction to freedom. God was faithful! As he used the prophet Moses to lead the Hebrew children out of Egypt under King Pharaoh's rulership, likewise God used Ms. Harriet to be a deliverer. Ms. Harriet was a type of Moses leading her people to freedom.

During her spiritual journey Ms. Harriet was willing to pay the price of her convictions, much like the Hebrew boys Shadrach, Meshach, and Abednego. Due to their unwillingness to bow down to king Nebuchadnezzar of Babylon, they were thrown into an extremely hot furnace. However, when outsiders looked in they saw a fourth person. This person was the Holy Spirit. Like the Hebrew boys, it may appear that Ms. Harriet was often boxed in; but God was always there to deliver her in the most adverse situation. As she sought to be a freedom advocate, she was faced with adversity, including vicious dogs sniffing her trail, the slave-master seeking to annihilate her, and others desiring the end of her life. When there seemed no way out, God provided an escape. His presence always guided her. With rings of injustice surrounding her, she focused on the greater battle.

On her freedom journeys she would stop and refocus. In the Spirit, she sniffed out blood hounds, heard horses’ galloping feet, and sensed bounty killers. She dared not allow such strategies to hold her back. Such discernment empowered her to never lose a passenger on her track — the Underground Railroad.

During the Civil War, Ms. Harriet served as a nurse and a spy for the army. Her patriotism and service is highly commended. Her humanitarian work is exemplary of her bravery and commitment. 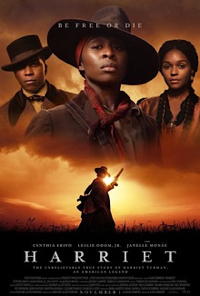 The struggle continues as we enter February, African American History Month. It is not a time we jump up and say, we are "free," because elements of bondage continue to affect our lives. As young people say, "the struggle is real." We are mindful that our salvific hope is grounded in Jesus who came into the world for all persons to be free. Just as Ms. Harriet paused for divine directives, we pause. We pause like Ms. Harriet and say, "Be free or die." One may ask, "What does freedom for African Americans look like?" And my response would be, "That is a very difficult question." It is hard to imagine complete freedom when injustices and inequalities consistently stare you in the face. Therefore, it is difficult to imagine true freedom on this side of heaven. Consequently, my answer would ultimately lead me to say, "Freedom without slavery looks like eternal salvation." Complete freedom in my culture may often be incomprehensible. Complete freedom is hard for me to see as a Black woman. Ultimately, complete freedom only comes in Jesus Christ. Like Ms. Harriet, there often comes a time in one’s life where they are willing to die for a cause as opposed to living in bondage. That's why I can join her in saying. "Be free or die."

What was the likelihood of a slave child becoming an American icon? Do we believe that the steps of a good person are ordered by the Lord (Psalm 37:23)? Yes, we can believe that God uses the foolish things of the world to confound the wise (I Corinthians 1:7). Surely, he used Ms. Harriet.

With meager means in her later years, Ms. Harriet was committed to taking care of her family in Auburn. It is here that she continued her selfless journey until God called her home in 1913. I would imagine God said, "Come home, Harriet. Come home, Minty. You have been faithful with a little and you will be blessed with much."

I thank God for the journey of Ms. Harriet. Because of her faith and willingness to die for others, millions are free. Her freedom fight will forever be remembered and etched on our hearts. Like Jesus, she was willing to take up her cross. She knew that in order to save her life she must lose it (Luke 17:33). Every time she stepped into the wooded booby traps of those who sought her life, she was losing her life. But it was worth the risk of saving another soul. Likewise, God calls us to lose our lives, to take up our cross and follow him as we seek to be conductors of soul care. In a society that is saturated with selfies, self-help guides, and personal coaches, self-denial can present emotional challenges. Nonetheless, the truth of the gospel remains: we too are called to seek more of the Lord as we come away from the tugging vicissitudes of a world that encourages self-focus.

If you have not seen Harriet, I encourage you to see the movie and prayerfully seek God to reveal to you ways you might seek freedom for yourself and others. Truly Ms. Harriet was willing to lose her own life in order that others would experience freedom and deliverance. She realized freedom for her was seeing liberation in the lives of others and especially those she loved. Ms. Harriet’s love for fellow brothers and sisters was evident and was her driving force. Let us all go on a journey to make this world a better place for all. To God be the glory!

Barbara L. Peacock (DMin, Gordon-Conwell Theological Seminary) is a spiritual director, author, teacher, and preacher. She is the founder of Barbara L. Peacock Ministries, a ministry committed to developing disciples through prayer, spiritual direction, soul care, mentoring, and teaching. Her book Soul Care in African American Practice will be published in May 2020 by InterVarsity Press.

Can an historian truly integrate their faith into their academic work? Cynthia Prescott tells her story of a journey into a deeper calling toward Christian scholarship.

Podcasts
By Elaine Storkey and Jasmine Obeyesekere Fernando
Elaine Storkey on Scars Across Humanity: Understanding and Overcoming Violence Against Women