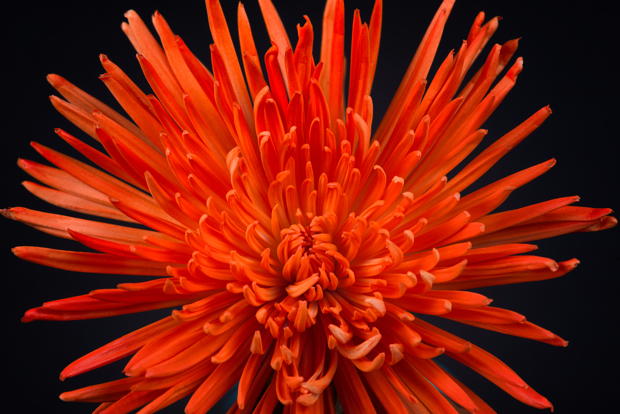 This summer The Well is featuring a series of poems by women. I invite you to approach them curiously and meditatively.

Even though we mostly encounter poems as words on paper or screen, the way into them is nearly always through our senses. They aim for our vision, hearing, touch, even smell and taste — our gut and emotions as well as our intellect. I love poetry for this. Scripture, of course, is full of poetry.

The sun shall no longer be
your light by day,
nor for brightness shall the moon
give light to you by night;
but the Lord will be your everlasting light,
and your God will be your glory.

Poems first enter us through their sounds. Of course this snippet of poetry from Isaiah is an English translation from the Hebrew, but English adds its own gifts. Read this verse aloud. The rhyming of light/brightness/night and, in the last two lines, the repeated L and G sounds delight the ear and the tongue.

These words paint a picture too, though a somewhat abstract one: a Being so bright as to make the sun pale and unnecessary. Some images in poetry, such as light here and throughout scripture, are repeated often, so rich that they never become stale. Reading this verse, you can bask in God’s light contemplatively; though at first you may cower, feeling it as a glare, the Spirit leads you to realize that this light is all Love.

If you have practiced lectio divina or other forms of meditation on Scripture, you have a head start in reading poetry contemplatively. As with Isaiah, you can notice a poem’s appeal to the senses as it forges a symbol — for example, a vision of river whitecaps as the return of departed elders in Lucille Clifton’s “wind on the st marys river”: “the nap of their silver hair whipping / as the wind sings out to them / this way       this way.”

Water is the central image too in Renny Golden’s “Baptism,” telling of her years as a Dominican postulant and nun seeking God alongside the poor:

Swimmer, go deeper, deeper into silence.
Forget your given name, that person

Dominican life was a wave that carried me
into Detroit’s gathering storm. . . .

In Chicago I walked with the weary, the militant,
the forsaken who took my hand, an apprentice

in the rising flood of their dissent.

We live Golden’s young adulthood with her as a series of baptisms, a current that intensifies in urgency as she moves deeper into the life of God and the purposeful hunger of those who seek justice.

Many of us have long been familiar with Mary Oliver’s poems with their rootedness in streams and fields and wild animals, their call to pay attention as a moral and spiritual act:

each pond with its blazing lilies
is a prayer heard and answered
lavishly,
every morning,

The Hebrew poetic pattern of parallelism via restatement or contrast that we saw in the verse from Isaiah is used to great effect here by Oliver. We often use similar patterns in Sunday-morning liturgies — repetition has power.

A remarkable Chilean poet, Raúl Zurita, employs incantatory repetition in his book-length poem INRI (yes, the acronym of Pilate’s taunt nailed over Jesus on the cross). Zurita was detained and tortured after the military coup against Chile’s democratically elected president in 1973. INRI is a lamentation for those who disappeared under the Pinochet dictatorship, especially those whose bodies were dumped from helicopters over the mountains and seacoast of the Atacama Desert in the north of the country.

Who would say a country with a cross sinking in
the desert. Who would say the night buried in
the middle of the day. Who a tomb sunk in the
middle of a day full of sun.

The night sinks in the middle of the day. Mireya
says that there’s a ship full of dead people
sinking in the desert.

Reading such a lament contemplatively, we find that Zurita draws us into a kind of litany of the earth — mountains, sea, stones, air, flowers, fishes — in mourning for the tortured bodies cast upon it. This is a vision of Love outraged by great wrong. The poem’s silences — the large spaces between stanzas, and often at the foot of pages — also speak, just as rests are important elements of music.

What does reading such poems, in such a way, give us? Sensory experiences, images, symbols that can awaken our delight in beauty, which always honors the Beautiful One. That can open up our empathy. That can give a shape to our sadness and help carry us through it. As we notice our visceral responses to poems, we can become more present to our body and bring that awareness into our dialogue with God.

There are no rules for such reading, but there are tools — questions like these:

To conclude, I invite you to contemplate a poem by Luci Shaw. May all our contemplation open space for the Spirit’s holy fire.

Sources in order of quoted material

(Photo by Joe deSousa from StockSnap.)

Ruth Goring is a poet (Soap Is Political; Yellow Doors), writer-illustrator for children (Picturing God; Adriana’s Angels), and manuscript editor (University of Chicago Press). She has also worked at InterVarsity Press and served in campus ministry. She grew up in Colombia and is besotted with the Spanish language. Find her at ruthgoringbooks.com.

Listen in on our conversation with podcaster and counselor Caroline Triscik about her next step in her career, her time hosting this podcast, and the lessons she has gleaned along the way.

Listen in on our conversation with poet and professor Susanna Childress about our season of grief, the process of healing, and the hope that comes as we begin again.

Tania Runyan captures the inner experience of Sarah in this part of our Summer 2020 Poetry Series.