Arts, Books, and Media
By Kathy Khang and Caroline Triscik 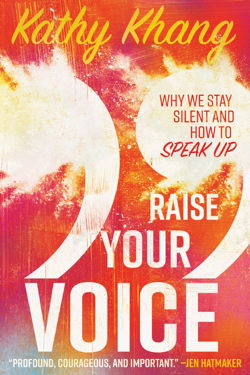 This July, we are so pleased to share a series of book excerpts at The Well courtesy of InterVarsity Press. I'd like to introduce you now to Kathy Khang's latest book entitled Raise Your Voice: Why We Stay Silent and How to Speak Up.

When my daughter was four years old, anytime she had something to say — whether it be the mundane of what she had for snack that day at school or the milestone announcement of a loose tooth — she would stop us in our tracks and make a declaration that she was going to speak with the phrase, “I need to tell you something.”

In a world with two older brothers, she fought (and still fights) to carve out a space for her voice to be heard, sometimes with literal screams and temper tantrums and occasionally with a well-articulated statement. And while society could hand me hundreds of books on how to raise my daughter (and even more books specifically on how to raise my sons), rarely have I found a book on how to give birth to and raise my voice.

In her new book, Raise Your Voice: Why We Stay Silent and How to Speak Up, Kathy Khang encourages us to consider how we can raise and develop our voices, from birth to fullness of maturity. We are invited to experience the discomfort and pain (as well as the victories) of Khang’s story of learning to speak and fighting to be heard as a Korean American immigrant woman in the context of North American suburban evangelicalism.

In addition to inviting us into her own story of giving birth to her voice, Khang takes us through the journeys of Moses and Esther and the way in which knowing and owning their stories shaped the raising of their voices to bring freedom and justice to their communities. Through these stories, Khang invokes us to know our own stories and to consider our own callings to speak — with our bodies and our voices, as individuals and as part of a larger community — to bring the good news of the Gospel.

You can read about the struggle for credibility in the next excerpt of this series. You might also enjoy listening to our interview with Kathy Khang. 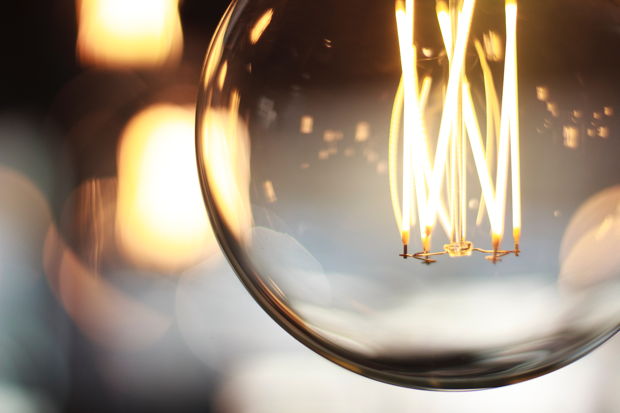 "Good News" — An excerpt from Raise Your Voice

It’s no wonder people are opting out of social media, trading in their smartphones, and deciding it’s better to stay out of the public and even private square. It’s become a common Lenten practice for some to give up social media or temporarily deactivate their social media accounts. I have one friend who has gone back to using a basic flip phone to keep him from engaging in the public sphere when he’s away from a computer.

At some point in our lives, we learn to communicate, whether verbally or non-verbally. But most of us are also taught to silence ourselves or to stay out of the conversation for self-preservation. We are taught to avoid conflict, keep the peace, and keep our personal opinions to ourselves because we’re told that speaking out doesn’t actually affect change. However, self-preservation takes on a different sense of urgency and meaning as the national and global political landscape continues to shift. The North American church is again engaging in conversations around race and justice, but because of its past failures and current blind spots, the conversation often resorts to simplified binaries such as white and black, men and women, privileged and lack of privilege, citizen and undocumented — and the refusal to dig deeper into racist and unjust systems can widen the chasm.

I believe that Christians desire and can handle more complexity. Race and reconciliation can no longer be framed solely as a justice issue but rather as core to the gospel, theologically grounded in the imago Dei (the image of God). As Christians, if we truly believe we are all created in God’s image, and that God the Creator had a hand in developing, creating, and shaping not just our embodied souls but also the places and spaces we steward and have dominion over, then reconciliation with one another is not merely an option — it’s part of God’s mandate. It requires us to speak up and speak out.

In order to do so, we need to address personal development, which happens within the context of community. In some communities, certain voices are erased and suppressed while others are amplified and elevated. The concept of “voice” isn’t only what is said or written but also includes how identity is expressed in words and deed. Voice is not limited to what comes out of my mouth but out of my being.

The Latin word vox, meaning “voice,” and the related word vocāre, meaning “to call,” give us the root voc or vok. Words from the Latin vox or vocāre have something to do with the voice or with calling. Anything vocal is produced by the voice. A vocation is the work that someone is called to do as a job. To evoke is to call forth. To invoke is to call on for aid or protection. To provoke is to call forth another’s anger. The word voice also has vox as its root.

The challenge to raise your voice is about doing the good work of the good news. It’s about calling forth others: an invocation for all and a provocation to some. Our lives should affect the world around us if we are bearers of God’s image as well as an embodiment of good news. Living as a Korean American Christian woman, there is something critical about speaking from a place of wholeness and uniqueness that makes my voice part of a community but also uniquely mine. It fills in the blanks left in others’ stories. When more of us from different intersections and margins raise our voices, we live a fuller picture of the good news.

If you enjoyed this excerpt, consider purchasing Kathy's book using the 40% off discount code (including free U.S. shipping) that InterVarsity Press is offering readers of The Well: WELL4513. (Good through August 31, 2018 on the title Raise Your Voice.)