How Divisions Are Killing Us and Why We Should Care

American churches are increasing in ethnic, cultural and theological homogeneity despite the fact that America is becoming increasingly diverse. Indeed, sociologists Michael Emerson and Christian Smith point out that over 90 percent of all American churches are composed of congregations that are at least 90 percent racially homogenous. Further, theologian Scot McKnight suggests that the same processes that contribute to a lack of ethnic/racial diversity in churches are also contributing to ideological and theological homogeneity. Not only do we look the same, we also think the same. Martin Luther King’s famous assessment that “At 11 a.m. Sunday morning . . . we stand at the most segregated hour in this nation” is, sadly, as true as ever. 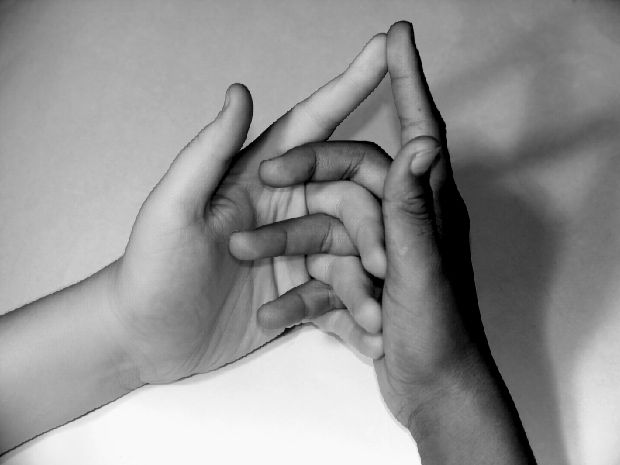 The Power of the Familiar

For both emotional and cognitive reasons, the process of forming and maintaining groups with people who are similar to us is logical, natural and powerful. From an emotional point of view, it makes sense that we prefer to spend time with and worship with people who are familiar to us and similar to us. Research on interpersonal attraction suggests that familiarity is the most powerful predictor of friendship. The more we interact with a person, the more familiar we become with them. The more familiar we become with them, the more we like them. Sir Peter Ustinov writes, “Contrary to popular belief, I do not believe that friends are necessarily the people you like best, they are merely the people who got there first.”

For survival reasons, this makes a lot of sense. If an individual seems vaguely familiar to me because I have seen her around my neighborhood a few times, I can quickly assume that she is safe because, as far as I know, she hasn’t tried to harm me. If I perceive her as safe, I’ll automatically like her more than someone who is completely unfamiliar and thus possibly unsafe. If a woman is unfamiliar to me, I do not have any information on whether she is trustworthy or not, so I am less likely to assume trustworthiness. Ultimately, I’m more drawn to the woman who is familiar and am more likely to start a friendship with her. The old wives’ tale is wrong: familiarity breeds liking, not contempt.

One research study revealed that people rate individuals they hazily recall seeing somewhere but don’t fully recognize as more honest, intelligent and physically attractive than individuals who are completely unfamiliar. People also express more interest in hanging out with and working on collaborative projects with somewhat familiar individuals compared to unfamiliar individuals. Apparently, we like people who are somewhat familiar to us even if we can’t specifically recall seeing them before!

Confession: I love it when the people around me agree with my opinions and values and applaud me for simply being me. Research suggests that we all love this. In addition to liking familiar others, we like similar others because they affirm our worldviews, behaviors and experiences. We especially like people who hail from similar demographic groups (age, education, race, religion, socioeconomic status, etc.), possess similar attitudes and have endured similar experiences.

One classic researcher named Theodore Newcomb created an experimental college dormitory and filled it with students who agreed to live in the dorm and participate in the study. Newcomb found that students who were racially and/or religiously similar grew to like each other more than those who were dissimilar. More recent research suggests that this preference for those who are demographically similar remains strong.

Quite simply, we like people who are like us; we are attracted to people who share the same attitudes, values and preferences. Similarity is one of the most important predictors of liking because we like people who can affirm our worldviews and share our experiences. As an unmarried, urban, professional woman of color, I simply like other women who share these characteristics. My interactions with them are easier because we speak the same “language,” roll our eyes at the same things and can easily rejoice and commiserate with each other. Dissimilar people don’t “get” my humor or laugh at my jokes. This is a problem because I like to think of myself as funny.

Research shows that sharing an experience with another person — sometimes called “I-sharing” — causes people to feel a profound sense of connection with others, even others who are otherwise dissimilar. Even brief, seemingly inconsequential experiences can help you to connect with others. Imagine you hear a stranger ahead of you in the grocery checkout line say something that strikes you as funny. You glance at the person in line behind you, who glances back, and the two of you burst out laughing, as if you share a private joke. This shared experience increases your liking for this stranger, even if you and the stranger have almost nothing in common. 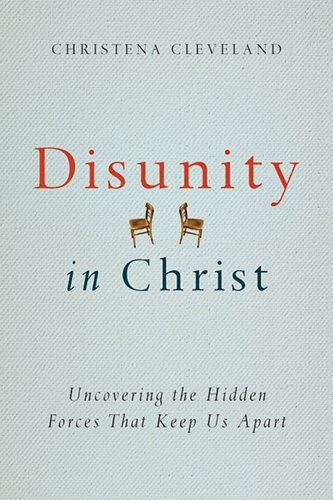 This idea of shared experiences can help us understand why Christians often form strong bonds with people who share their very specific experiences and keep even slightly different others at bay. Christians are so good at erecting divisions that we don’t stop at the major ones (e.g., race/ethnicity, class and gender); we also create divisions within divisions. For example, while the body of Christ experiences significant intergender (man vs. woman) division, it is also plagued by intragender (woman vs. woman and man vs. man) division. For example, Christian women contribute to divisions between egalitarians and complementarians, stay-at-home moms and working moms (the infamous “Mommy Wars”), feminists and traditionalists, married women who take their husband’s last name and married women who don’t, unmarried and married women, urban and suburban women, black and white women, mothers and nonmothers, and young and old women, to name just a few. The women in these specific groups are profoundly bound by their shared experiences. As a result, they tend to gravitate toward those who share their experiences and away from those who do not.

Pinel [social phsycologist Elizabeth Pinel] and her colleagues believe that shared experiences can be a powerful unifier, rather than a divider. They explain, “A fundamentalist Christian and an atheist can find themselves enjoying the same sunset; a staunch Republican and an equally staunch Democrat can share a laugh. When two objectively different people I-share in these and other ways, their disliking for one another might lessen, if only for a moment.” However, since we spend most of our time with people who are demographically and attitudinally similar to us, our most common shared experiences are with people who look, think, act and experience the world like us, which further solidifies our bond with them and increases our liking for them. As a result, we fall deeper into our homogeneity.

Reconciliation scholar Curtiss DeYoung makes the point that relationships between people in the household of God should be radically unifying and inclusive. He writes:

"In the household of faith, our relationship with God takes priority over our relatedness to family, race, culture, nation, gender, or any other group we belong to. This reordering also transforms how we relate to each other. The concept of family was reconstrued in the household of God. The terms sister, brother, mother, father, friend, and neighbor were all reinterpreted and redefined by Jesus. As Jesus said, “For whoever does the will of my Father in heaven is my brother and sister and mother” (Matthew 12:50). . . . The household of God is an image that beckons the community of Jesus Christ to be a place of convergence for the great rivers of humanity. People of all cultures, races, languages, nations, tribes, and clans reside in the household of faith."

The blueprint of the household of God looks nothing like the blueprints of our own cultural and social cliques. If we want to know how to embody the household of God, we need look no further than to Jesus. While on earth, Jesus modeled this new reality by connecting with every type of person around — conservative theologians, liberal theologians, prostitutes, divorcees, children, politicians, people who party hard, military servicemen, women, lepers, ethnic minorities, celebrities and so forth — and inviting them to be part of his group and to work together to bring wholeness to their cracked and crumbling world. After Jesus ascended into heaven, this continued to be his modus operandi for doing miraculous things in the world. It seems as though the early leaders of the church would agree.
Paul, Peter, Luke, John, James and the writer of Hebrews repeatedly and emphatically make the same point: the unified church is the vehicle through which the kingdom of God is powerfully communicated to the world (see Acts 4:32; Romans 16:17; 1 Corinthians 1:10-17; Ephesians 4:1-7, 12-13; Hebrews 2:10-11; 1 Peter 5:5). When Paul talks about our unique gifts and perspectives, he provides a framework within which our differences can be exercised. He sets the standard high by using the framework of the whole body of Christ in which each gift or perspective is simply one part working in concert with all of the other parts under the direction of Christ. Paul’s use of the unified physical body as a metaphor for the unified church makes it clear that the unified church must operate at a high level of integration and humble interdependence.

How can we use our voices as a tool to bring shalom and wholeness to the world? Kathy Khang explores this topic in her recent book Raise Your Voice, one we're featuring as part of a series of offerings from InterVarsity Press — our special summer resource for readers of The Well.

Reflections
By Jen Pollock Michel
There’s No Place Like Home

Jen Pollock Michel describes her longing for home and centrality of this longing in the story of our faith.