A few years ago when I was still in graduate school, I saw Marilynne Robinson at an AWP (The Association of Writers and Writing Programs) conference. She was on a panel with two other writers to talk about “Literature and Evil,” so when I saw it on the schedule I showed up twenty minutes early to get a seat as close as possible to the front row without seeming, you know, creepy. 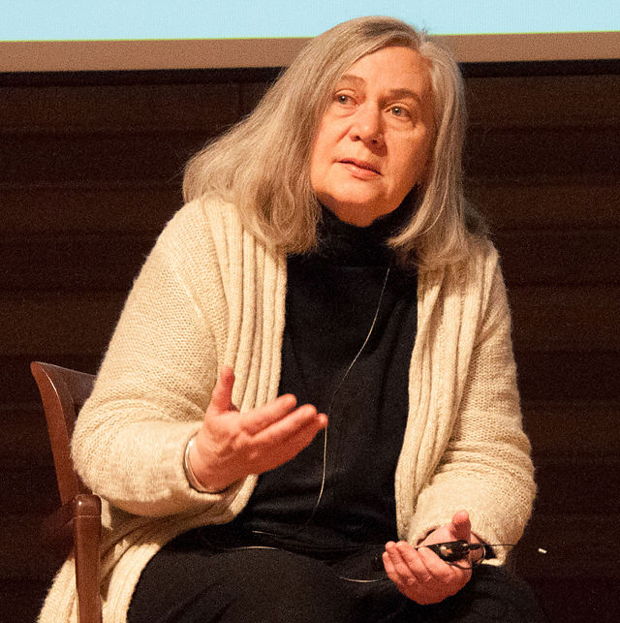 Marilynne Robinson during an interview at the 2012 Festival of Faith and Writing at Calvin College. (Photo: Christian Scott Heinen Bell)

Unseemly excitement aside, my memories of the event that followed mostly involve confusion and disappointment—not at anything Robinson said, but at the questions she was asked. People in the audience seemed to think of evil as synonymous with a kind of mustache-twirling villainy. There was a lot of talk about Shakespeare’s Iago; they wanted to discuss evil characters, evil people. It was a framework that I didn’t think fit Robinson’s work at all. The nuanced and poignant fallibility of her characters was one of the things I most cherished in her writing.

Looking back now, it occurs to me that Christians spend a lot of time thinking about evil. Most of the people in that largely secular audience probably hadn’t lived their whole lives believing that evil was a personal, pervasive force to which everyone is susceptible, or wrestling to square its existence with the goodness of God. For a Christian, every bad thing that happens can constitute a Hard Question. So we think about it. A lot. 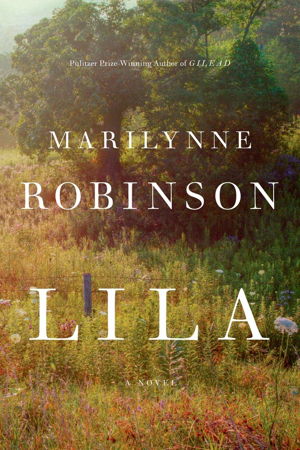 The titular character in Lila, Robinson’s newest book, enters John Ames’ life in Gilead, Iowa, as an asker of hard questions. The events of her life have raised many — she was rescued from horrific neglect as a child by a woman named Doll and grew up following a small band of laborers through the Midwest, looking for farm work. She wanders into Gilead after years of loneliness, making her home in an abandoned shack on the edge of town. She and Rev. Ames are drawn to each other from the moment she steps out of the rain and into his church, and they begin a confused, halting relationship that ultimately leads to marriage and a child.

This relationship is much more uncomfortable than it is romantic. Lila’s main concern as she is drawn further into the world of faith, getting baptized and sitting on the porch while her husband talks theology, is for Doll and the rest of that band of migrant workers — faithless people to whom the world had done great wrong but who all, to one degree or another, did right by her. What she does not seem to consider is the massive, terrible wrong done to Lila herself, evil to which her young soul responded with crippling shame and fear. It is this old evil that still dictates the terms of her every interaction, compelling her to flee into the street a moment after stepping into a church meeting, to contemplate running away with her unborn child before her husband can decide she should go. She is so preoccupied with these thoughts that she seems not to even realize that she loves him. She’s too certain that her marriage, her time in this comfortable house with this kind man, will, one way or another, be temporary.

And yet she is there. Inner turmoil aside, she is safe, she is loved. She is growing roses. And we know from Robinson’s earlier novel Gilead that she will indeed stay. How does this happen? How does a skinny, abandoned child who never speaks except to curse become a woman sitting in the sunshine in the doorway of her shack, carefully copying out the words of Genesis? How does a woman trapped in a badly-lit St. Louis whorehouse end up sitting at the kitchen table with her husband while he has a sandwich?

The most encouraging beauty of this book, to me, is that grave, seemingly insurmountable wrong is indeed surmounted by the smallest bits of good. When Doll leaves the group for a few days to take care of something and doesn’t come back in short order, the other workers leave Lila on the church steps in a no-name town and pass on through. When Doll returns and finds Lila missing, she searches frantically from town to town while Lila sits crying on the steps in the gathering dark. Doll only finds her that night because the preacher in the church was worried enough to leave the door open a crack so he could keep an eye on Lila; there is light enough coming through the doorway that Doll can see her sitting there. Once married, Lila is ready again and again to walk out the door. “I’m gone the minute he talks down to me, no matter what,” she tells herself at one point. And yet he never does; he never insults her or blames her or accuses her of anything. So she stays.

A door cracked open with concern, a tongue held in soft wisdom. These moments accumulate throughout Lila’s difficult life and prove, in the end, as powerful as the evil done by those who abandoned her. This was the sort of answer I hoped for from that conference three years ago, and it was a joy to find it at last.

Catherine Hervey received her MFA in fiction from the Sewanee School of Letters. She lives in Glen Ellyn, Illinois, with her husband and daughter, where she contributes to Books and Culture and collects rejection letters.

Book Clubs
By Jasmine Obeyesekere Fernando
Vocation Across the Academy: A Discussion Guide

What is the purpose of higher education? How can we share Christian understandings of Calling and Vocation in ways that resonate with all stakeholders in the Academy?