I read the recent report in Christianity Today, The Benevolent Sexism at Christian Colleges, with interest. It had created a buzz amongst both men and women friends. When I heard that after reading the report some qualified women were not sure they should even be applying for faculty jobs at Christian colleges, I was shocked. At my home institution, Gordon College, several of my friends and I, all mid-career, discussed it and concluded that the findings discussed in the report were not our experience. But to be completely sure that we were not deluding ourselves, we looked for clues that would show that women indeed have access to information and a voice in our institution — the two big issues in the article. 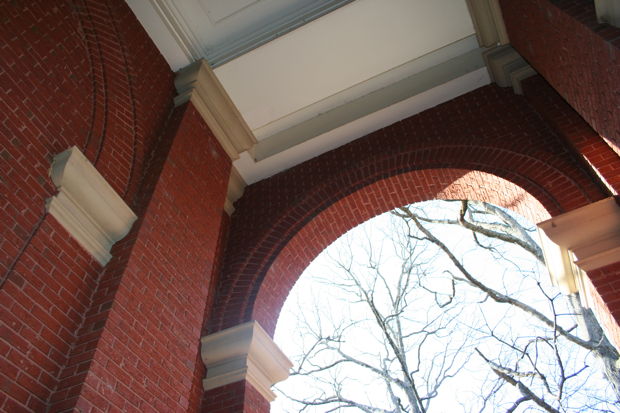 This is what we see: there are women on the chief faculty committee, as chairs of departments, on the core curriculum committee, and on the academic programs committee. I personally chair a department, as do many other women, although we have very few women in higher administrative leadership. Of the cohort that came in with me (a large group 14 years ago), the men and women appear to have had similar rates of promotion and tenure. In the women’s faculty prayer group I am in, about half of the group has received a distinguished faculty award at either senior or junior level. On the presidential transition team, the recent provost’s search committee, and the committees for our recent accreditation, women were represented at the same or higher levels than in the faculty as a whole. In the last strategic planning process the faculty representatives to the cabinet included both a man and a woman. All of these things indicate access to information and a voice at our institution.
We also concluded that there is support for the work of women scholars here. Several have received undergraduate research support and initiative grants. Both men and women seem to get sabbaticals at the same rate. Both men and women have been denied sabbaticals for proposals that were too weak. We have seen both men and women denied tenure and promotion at equal rates. Both men and women have received fellowships from the Center for Faith and Inquiry. These patterns signal support for scholarship and promotion for both sexes.
However, there are things that the article did not mention that I believe are concerns. I believe that in many institutions, more men get external grants and are able to cut institutional activities to focus on research more easily. They often are not people on top level committees. In fact, having a voice in the institution can distract you from your discipline. The problem in this instance is not access to information or a voice in the institution but being allowed to leave aside institutional demands in order to do research. At my institution, both men and women have recently been given opportunities to take grant-writing courses and scholarship-planning workshops but I am not certain both are equally likely to secure external funds.
A second and related issue is the overworking of women and minorities in representational roles. Precisely in order to give voice and information to everyone, some faculty are on more committees, are parts of more reporting groups, and are more likely to represent the administration in public roles. This definitely has been true for me. I think I am often asked to do something because there are so few women in the sciences. The plus is that this exposure has also given me voice and leadership. The downside is that these responsibilities cut into the time for other activities, including my research.
So this is the way I looked at my own institution when I read the article about benevolent chauvinism and concluded that for the most part what they describe is not what I see here. I have not seen the patronizing acceptance of lowered productivity aimed at women that the report suggests, and I do not see a general lack of access to information that would help female careers. When I was writing this summary, I sent it to a number of women and it engendered a good deal of discussion about why we do not have more women in senior administration, and even on the chief faculty committee. Suffice it to say, we did not answer that question, although it was telling that some women decline leadership in order to better mesh scholarship and family time. So for this particular summary, the people I asked agreed: women do have a voice in the institution and access to information, though we would still like to see more women in senior leadership.
While experiences might vary within an institution and certainly across institutions, I think a female faculty candidate could ask the right questions to find out whether benevolent sexism is true of an institution as a whole. I certainly would hope this report would not keep qualified women from considering opportunities at Christian liberal arts colleges.
Tags:
teaching | leadership | faculty