Changing the World for My Own Glory

“I’m not doing it for the money,” I told anyone who asked.

I had chosen to work in the nonprofit sector as soon as I graduated from college, regardless of school loans or my sudden thrust into financial independence. I had enough to pay for rent, gas, and food. That was all I needed.

Without the temptation (or the opportunity) to pursue wealth, my reasons for pursuing such a career were only noble, I assumed. I wanted to serve. I wanted to support the vulnerable and marginalized. I wanted to change lives and communities and, yes, the world. 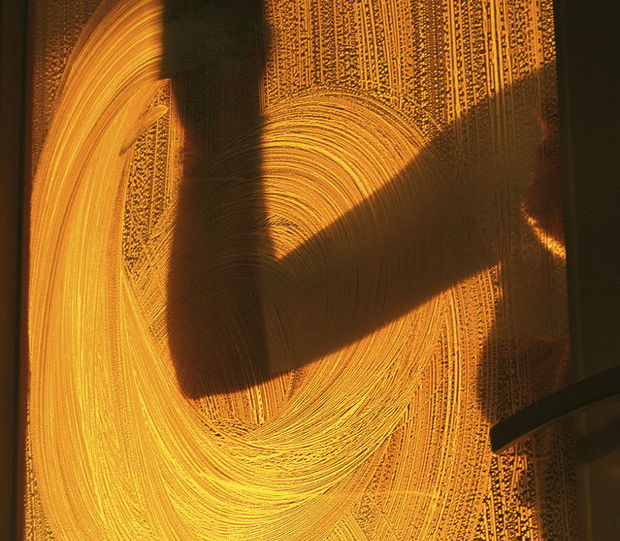 My heart, which burned against injustice and broke for the hurting, was mostly right. But it wasn’t all right. Something else was driving me that wasn’t noble in the least. Unfortunately, being in a sector that is all about being selfless, I didn’t bother to look too closely at all the different passions fueling my efforts.

It wasn’t until years later that I recognized the deep, dark secret I had hidden so well, even from myself: I had developed an outsized sense of what I could accomplish. Armed with multiple degrees from a prestigious university and an impressive catalog of experience in student leadership and activism, I thought there was no social issue or community in need that I couldn’t take on. I could move the needle on almost anything if I just worked harder. If I cared more. If I developed a new program. If I secured enough funding and manpower.I am going to change the world, I told myself.

It turns out that so much of what I was doing was actually about me. I didn’t want riches or status or acclaim, but I was starving for affirmation of the value of my contribution and the greatness of my sacrifice. In truth, I was just as susceptible to pride as my most ambitious for-profit counterparts. And perhaps even more so, because I saw myself as someone who could save — in the physical sense — every person I encountered. I was in a rat race to the bottom, trying to outshine others in my servanthood and my ability to transform the lives of others.

On multiple occasions in the gospels, Jesus teaches that “the last will be first, and the first will be last.” In each instance he’s explaining the upside-down nature of his kingdom, how those who are unseen, disregarded, and humbled in this world will be honored in the next. I had read those passages many times over, but somehow still conflated the two concepts. I thought being in a line of work that is, on its surface, more noble and self-sacrificing would automatically make me first. I wanted to be last and first at the same time. And most problematic of all, I wanted to do it all on my own.

Unsurprisingly, the reality of work in the nonprofit sector didn’t quite match my idealized imagination. The intractable social challenges I had set out to address didn’t seem all that addressable. The people I was trying to serve only experienced, at best, marginal improvements in their lives; at worst, they resented my intrusion or lashed out at me as a representative of the system that had mistreated them to begin with.

Over time, all the things I hadn’t been able to change far outnumbered the few areas where my efforts had made a difference. But instead of finding hope in the good that was happening, I slid into despair over all the grief and suffering I could not stop. I felt like a failure and pummeled myself with guilt and self-recrimination.

And then I heard something from the Lord that was both assuring and challenging: “It’s not about you. It’s about me.”

God is the only one in the business of changing lives, transforming communities, and redeeming the world. I get to partner with him in that, a remarkable privilege. But the burden of fixing the world’s problems was never mine, just as the glory I so desperately wanted was never mine to claim. Both the successes and failures are in God’s hands.

When I was willing to release my pride, I was also freed of the unrealistic expectations I had placed on myself. Only God is big enough to take on the forces — social and political inertia, prejudice and privilege, apathy and ignorance — that I had tried to dismantle on my own.

These days I’m learning to accept the truth that the role God has given me, as one person trying to do a little bit of good in this vast world, is enough. I don’t need to make myself bigger than that; I don’t need my acts of service to be seen or affirmed by others. I just need to be faithful, to follow his lead, and to have hope in the truth that his goodness will ultimately triumph.

Blog
By Christine Wagoner
Avoiding the Drive-Thru: Accepting God's Invitation to Lunch
I love going on road trips with friends. You learn a lot about your friends when you’re in the car with them for hours at a time. I have learned that Jill should never be given more than one Biggie Iced Tea during a trip, if you don’t want...

Listen in on an exclusive peek into our book club during the final online discussion with author and professor Kathleen Cahalan on Calling All Years Good.

In Focus
By Jen Pollock Michel
Be Careful What You Wish For: The Risks of Desire (Part I)

Jen Michel explores the risks and responsibilities of desire in this first post of a two-part series.