An English professor, author, and expert on Christian mystics and linguistics, Carmen has been a regular and treasured contributor to The Well. Her personal reflections bring the writings of ancient Christians to bear on our lives today, even informing how we read Facebook posts. Her winsome spirit calls us along as she learns and shares that "...you could indeed and after all be curious in the academic world, that learning — like most processes associated with growth — involves mess, even call it chaos, ...and that being embarrassed is not the end of the world but often the beginning of real knowledge." 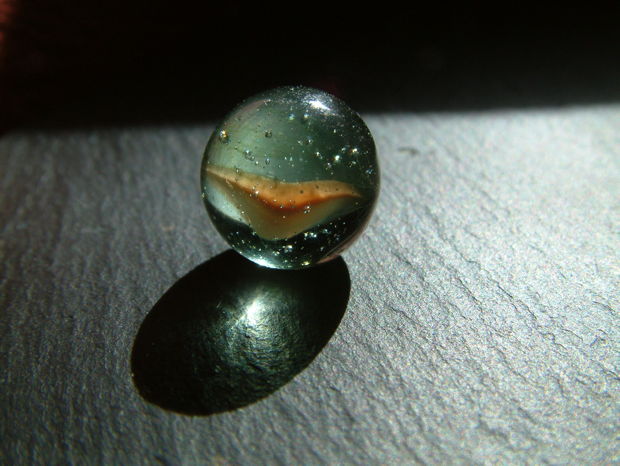 Wisdom is supreme — so get wisdom. And whatever else you get, get understanding. — Proverbs 4:7

I had worked there three months without even so much as tapping it once. I had, however, eyed, admired, analyzed, wondered at, and resisted it. Scholarship-enabled, I was an anxiety-ridden sophomore at a private college high up on a leafy hill in Rome, Georgia, and to buy textbooks I filed, typed, and ran errands for Dr. Baskin.

Dr. B, as he was known on the 700-student campus, had written Why I Believe in Jesus Christ — this book and his weighty theological degree struck me with awe. He was an author, which I desperately wanted to be. His book cover beamed certainty of faith, which I desperately lacked, and, conclusively, he had a DEGREE IN GOD from Princeton. Wise fool that I was, I reckoned such a lofty individual must have climbed Jacob’s ladder and shaken a few divine foundations. He was the first PhD-ed person I’d ever met up close. In my rural home community an hour’s drive east, we had more plowed fields and chicken houses than graduate degrees, so Dr. B. was a new and unknown creature, understanding Greek, Hebrew, and every minute historical detail of the arcane Old Testament. But on that day, he would lose some of his otherworldliness.

A self-conscious eighteen-year-old in this rarefied atmosphere, I had become obsessed with the unlikeliest object. Finally, my curiosity won. I waited until my boss was well gone on a lecture. I crept to the tall filing cabinet, and my hand reached for an upside-down coffee can, on the top of which a sign read simply: “DO NOT LIFT THIS CAN.” I did. At once, a cascade of marbles clattered onto the floor, scattering irretrievably.

The rat-a-tats these made during their disorderly escape unnerved me and disregarding my formal student-worker outfit of long-wool-skirt-white-button-up-blouse-block-heeled-pumps-and-hose, I scrambled onto the hard floor to retrieve what marbles I could. I was almost upright again, my hands clutching assorted multicolored swirled marbles and my Cuban-brown face turned crimson from embarrassment, when the door opened. A head popped in — my dreaded world religions professor, Dr. Gardner, from the office next door, renowned for his dry wit, erect carriage, hard grading, brilliant mind, and disciplined stares, the kind of professor who chisels a red D- on your first test as a freshman (true story), seemingly dooming your scholarship-empowered college career with a curt: “Nice answer, Ms. Acevedo, however, to a question I did not ask.”

But Dr. Gardner was smiling. “The last student worker to do that graduated summa cum laude, and she went on to great things. Ha — well, good luck gathering those up,” he chuckled, then left, or maybe he stayed and helped me find the last marbles; either way, despite my horror at being caught marble-handed, somewhere deep inside I felt myself wondering if he might have given me a wry compliment. And that frightening and eventually exhilarating event transformed me somehow. My freshman year, I did earn an A- by the margin of a frog’s hair (as they say in the South) in Dr. Gardner’s world religions class because he allowed students to take as long as they wanted on the final essay exam, and I spent five-and-a-half hours instead of the allotted three, doggedly filling several blue books (answering questions he had asked) to prove what I had learned. But on the day that I lifted the coffee can, I saw that this brilliant, demanding professor was a human being, and had some gentleness.

Those small dancing marbles have stayed with me, not unlike the hazelnut of Julian of Norwich. What transformed me was the realization that you could indeed and after all be curious in the academic world, that learning — like most processes associated with growth — involves mess, even call it chaos, along with incomplete attempts at order, and that being embarrassed is not the end of the world but often the beginning of real knowledge. Yes, perhaps the reward was also a pair of slightly sore knees and a similarly tender ego, but knees were designed to bend and egos were meant to be unsettled.

I began to understand the purpose of school: Get to know others as fellow humans and companions, honor the questioning God-given mind, lift up words and inspect them as thought boxes, take up and examine tightly packaged ideas, be unafraid to explore what is hard to understand, and in each of these activities ask Christ our Friend to help us grow in love and humility, synonyms of wisdom, as Julian reminds us still:

I saw something . . . no bigger than a hazelnut, it lay in the palm of my hand, round as a ball. Looking at it with the eye of my understanding, I wondered, “What is that?” I was given to understand it is everything in creation. . . . I saw then that everything’s alive through God’s love. . . . [He] loves being with us and wants us to love him and enjoy being with him and trust him completely, and all will be well.  (Carmen Butcher, A Little Daily Wisdom 159, 161)

In Focus
By Lathania Brown
On the Way Back Home

Lathania Brown experiences training for life and ministry through the rigors of graduate school.

Are you headed to grad school this fall? This podcast is for you. Listen in on Sarah Akutagawa's message from September 2020.

Voices
Meet the New Editor at The Well: An Interview with Andrea Bridges

We interview Andrea Bridges, our new editor, getting a window into her backstory, her passions, and her vision for The Well.