There is a crack in everything. That is how the light gets in. — Leonard Cohen

Across campus, singing birds pull out all the stops, and students read in hammocks strung between trees; so spring approaches: “Cuckoo, jug-jug, pu-we, to-witta-woo!” as Elizabethan playwright Thomas Nashe wrote 400 years ago. Spring has always been popular and much celebrated. Little wonder. The season is about resurrection, rebirth, and new chances. Who doesn’t want that? 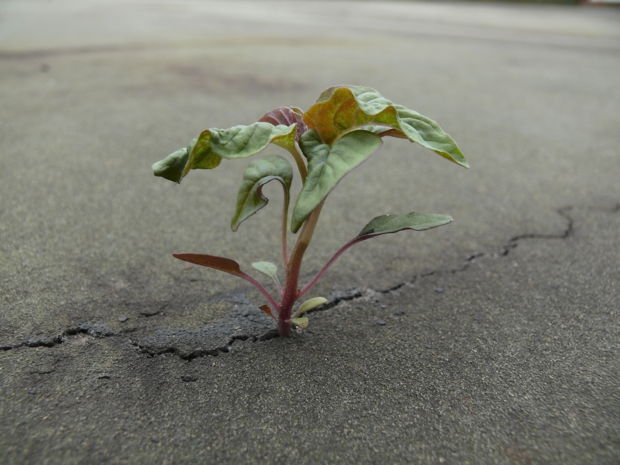 For a long time, though, I was a perfectionist. I tried to get it all together, as is said, but along the way realized control is impossible. Part of that realization came during graduate school when as a single woman I struggled with loneliness and started becoming acquainted with my “cracks,” those weaknesses and difficulties that let the light in, as songwriter Leonard Cohen says. Discoveries that I was both flawed and wonderful continued with my husband’s feedback and his agape love.
Then, with two children, the grand realization of my limitations started. When you find you have simultaneously scheduled one child to be at one end of town at the orthodontist’s and the other — who is coughing non-stop and feverish — to be on the other side of town at the doctor’s, and your husband is out-of-town and you yourself have fast-approaching deadlines buzzing in your head, you quickly grasp how truly human you are. Not Superwoman.
In Renewed, a wonderful recent book on self-care, Lucille Zimmerman says, “Allow yourself to be flawed. Even if you tried to be perfect, you wouldn’t be. Be vulnerable, messy, and real, and watch how people draw near.” (p. 92)
Contemporary culture, however, sells an unhealthy, impossible definition of perfection as a certain “flawlessness” essential for self-worth. I see perfection instead as “process,” as did the anonymous author of the classic 14th-century book on prayer, Cloud of Unknowing, because the heart of perfection is simply “thoroughly (per-) doing (facere) [something].”2
For a thing to be done thoroughly, we all know it takes many tries: We make mistakes, then try again — it’s the underlying meaning of expert: “Knowledge gained by trying repeatedly.”
So perfection at its core isn’t “flawlessness” any more than expert means “never making a mistake.” What a relief. Instead, they share the notion of doing something often. Sometimes we get it right, or not, so we try again until we understand that joy in the process is what counts. Good process trumps not-making-a-mistake any day.
But what does this have to do with our walking with Christ?
We sometimes forget faith is a process. Yes, Christ died for me at a particular point in history and His grace saved me, but I “continue to work out” my salvation, “for it is God who works in [me], both to will and to work for his good pleasure” (Phil. 2:12-13). In the broadest sense, salvation is ongoing, a process. That is good news, too.
The word process —“forward” (pro-) “going” (cēdere) — describes a journey. It whispers, “You can try again.” So Christianity is a faith of second chances, and third ones, and fourth ones, too. I as wounded Christ-follower need second chances. One way I accepted this ongoingness of faith and found deep healing is through counseling; encouraging me in difficult sessions during which I felt “unfixable,” my psychotherapist often invoked the “journey” image and spoke of the “process” of being human.
Spring is a process, too. We see nature’s flowering and want that for ourselves. We can invite it in by recognizing and honoring the revisionary nature of being a human. Through Christ’s grace, the Father’s love, and the Holy Spirit in us, we can look at our lives time and again in the revivifying light of the Bible’s wisdom and in relationship with others and “re-vise” (literally, “look at [ourselves] again”), experiencing the wonder of change. Becoming kinder.
Artists know revision is essential. Sir Christopher Wren, master architect of the Restoration period, radically revised the famous dome of St. Paul’s even as it was being built, a revisionary process lasting from 1675 to 1710 that raised a cathedral “revered the world over.”
Another shining example is the medieval anchoress Julian of Norwich, steeping in Scripture twenty-plus years and revising her so-called “Short Text” of visions into the longer, richer version, The Revelations of Divine Love, a compassionate, affirming book that announces in enduring Middle English: “[O]ur good lord” is all about the “homely louyng” (“kind loving”) that makes all manner of things be well.3
While we marvel as jonquils break through winter’s cold, hard ground to glow yellow as the sun, we can be thankful that growth is a grace-filled process in which we can all “live and move and have our being.” (Acts 17:28)
Or, as poet Mary Oliver says, “Happiness isn’t a town on a map, . . . or a job well done, but good work ongoing.”

In Focus
By Jayme M. Yeo
Broken For You

When Jamie Yeo is asked to serve communion at her church, she is terrified of being called out, “Hey, who let you in? What do you think you’re doing?” until her thought is claimed by another idea.

Blog
By Tish Harrison Warren
Courage in the Ordinary

I was nearly 22 years old and had just returned to my college town from a part of Africa that had missed the last three centuries. As I walked to church in my weathered, worn-in Chacos, I bumped into our new associate pastor...