We mourn the murder of people in Garissa, among them students from our sister movement in FOCUS Kenya — another grim reminder that in parts of the globe today, Christians are randomly killed because of their faith. My story is not about Garissa, though, as I do not know Kenya as intimately as her people. My story is about being stretched as a follower of Christ during a brief time in Kenya twenty years ago. 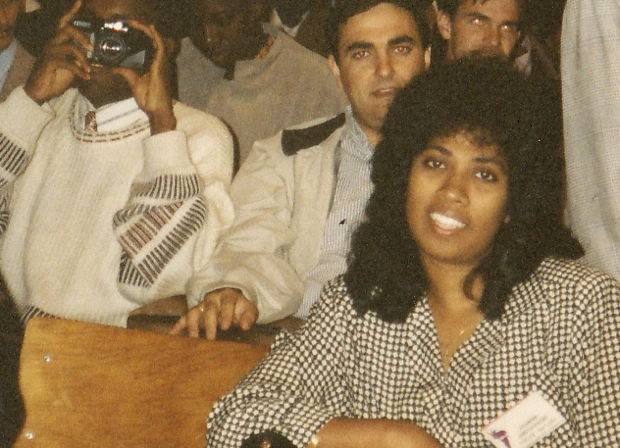 The author at the FOCUS Kenya day celebrated at the World Assembly in 1995.

God transcending and inhabiting all cultures

The first thing I learned there was that God was at home in Kenya as much as he was in my country of Sri Lanka. Kenya was the first country that I visited as an adult. I was a college student attending the World Assembly of the International Fellowship of Evangelical Students (IFES) hosted by FOCUS Kenya. Taking in my first proper view of the surroundings on an evening stroll, I was filled with a sense of belonging. Kenya was not a foreign place because God had always been there. It was as familiar to him as my own country. It was a revelation to understand experientially that no culture was alien to God.

In Kenya, I saw others taking seriously the cost of discipleship. Among those I met and got to know fairly well were two campus workers from different African nations. One was contemplating whether to stay in the safety of his Western home after his studies or to return to his native country to serve. I guess he chose to return, since he now serves not only his country but his region. The other friend spent weeks at a time travelling around his country encouraging and training student leaders, ministering in a place where students were legion and one worker was spread thinly. I had begun to see sacrificial service among those in leadership in Sri Lanka and it was good for me to see that such an ethos was normal for people from other parts of the world, too.

Kenya was the place where I first wondered if I was called to student ministry. For the first time, I was exposed to student ministry and staff from around the world. I especially noticed the contribution of some older single missionary women who had impacted younger national movements. I saw the esteem and honor in which they were held. I could see the value of their work, yet their singleness sobered me. I realized that some women remain single in order to pursue their callings and I pondered that reality.

It was in Kenya that I was able to name the ethnic conflict in Sri Lanka as a civil war. This was more than ten years into armed conflict between the Sri Lankan military forces and the Liberation Tigers of Tamil Eelam (LTTE), but I had seen the war through the lens of living in the capital city. Civilians and journalists could not access the war zones. The censored newspapers did not portray war in all its complexity, but gave accounts of  the government fighting terrorists.  Yes, we lived in constant tension of bombs going off in buses we were on, but living far from the theatre of war, I didn’t see the everyday reality of the war zones. Wars happened in other places — we just had a terrorist problem. It was the call to stand up and be prayed for if we happened to be from a country at war that cemented for me the truth that Sri Lanka, too, was a country at war.

Belonging to a global community of believers

It was in Kenya that I first experienced a powerful sense of belonging to the body of Christ universal as we partook of communion together. We had spent days worshipping and hearing Bible expositions in English, French, and Spanish, honoring a different language each day. We had seen visual images of the scene depicted in Revelation where multitudes from the nations gather in the New Jerusalem. And here we were representing all the nations in which IFES was present – many tongues, colors, and cultures responding to Christ’s love for us as we celebrated the Eucharist.

That was a time of rejoicing.

Now is a time of mourning. Yet the same song with which the Kenyan students enlivened our worship will be true again: “Sing for Joy, O Africa, the Lord your God is risen upon you now. Jabulani Jabulani Africa.” 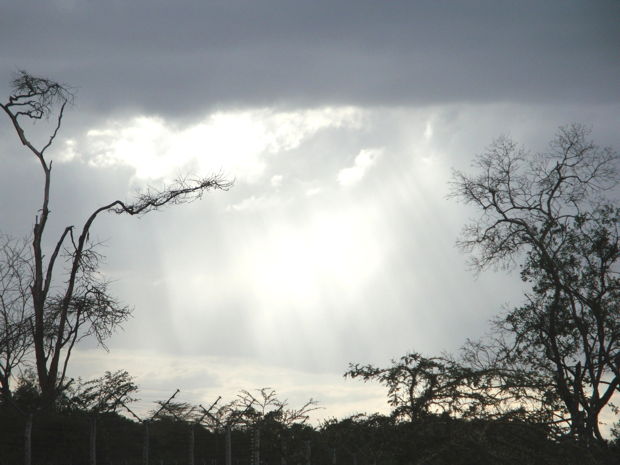