Is God Asian? I’ll admit, I sometimes wonder about this. The emphasis on community, the love of feasting, the promotion of modesty, and how honoring your parents is as important as not committing murder. But there are also what feel like impossible standards, emotional distance, and indirect communication, not to mention all that smiting in the Scriptures for offenses that really don’t seem that bad. All God would have to do is add piano-playing and good grades to the Fruit of the Spirit to become a fully-fledged Asian deity. 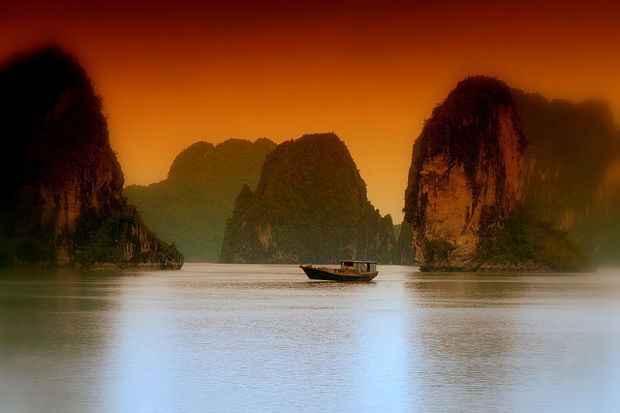 My parents, Chinese immigrants and devoted evangelical Christians, helped paint a rather stark image of God when my sister and I were growing up. Read your Bible every day. Pray before every meal. Never be late to church. Never choose other activities over church activities. Serve, serve, and serve some more. The implication was always that, if we failed in any of these areas, God would be mad. I knew what it looked like when my parents got mad, and I definitely didn’t want to make Asian God mad.

Over time my sister and I learned to prioritize God and church over any needs or wants we had. We learned that God values service and sacrifice more than Sabbaths. We learned to never say no to requests from others. Perhaps most damaging of all, we became convinced that we had to earn God’s love by meeting his perfect standards. But we could never do that, which meant that we could never be fully loved by God.

The circles around us — Asian and not, Christian and secular — all affirmed this way of being. Who doesn’t love a hard worker? Who doesn’t appreciate someone who puts others’ needs above their own? I received acclaim and affection from my peers, my teachers, my youth group leaders, my pastors, my colleagues — and my parents — for being a model of the good Asian Christian.

But a life of striving for perfection is not sustainable. After I graduated from college, I learned that the hard way over more than ten years of living without boundaries, working without rest, giving without receiving, and serving a God who never seemed satisfied. I burned out regularly and found myself struggling with anxiety, depression, and exhaustion for months, and then years, at a time.

I had always been told that God loved me unconditionally. I knew that our gospel was a gospel of grace. Salvation was by faith, not works. But I never really believed it, in part because almost no one around me lived like they believed it either.

In 2008, my husband and I moved to Shenzhen, an industrial city in China, to start a social enterprise. Over the next couple years, we worked hundred-hour weeks in a complex culture and business environment we barely understood. In our spare time, we led an underground Bible study for Christian Chinese Nationals desperate for mentorship and discipleship. I poured everything I had into these ventures — until I literally couldn’t do it anymore. I crashed so badly that we had to leave China just so I could begin functioning again on a daily basis.

To this day, I am still recovering.

It’s been a terribly frustrating place to be, to feel like I don’t have the physical or emotional strength to do as much as I used to. I’ve had to learn to say no and to rest out of necessity. I’ve had to find work that allows balance in my life rather than work that feels nobly sacrificial. I’ve had to come face to face with my assumptions of who God is and what he asks of me. What does Asian God think of me now? is a question that has consumed me.

For a long time, I assumed he was probably as disappointed and frustrated as I was with this new, weaker version of myself. But then I started directly asking him: Was it okay that I was taking time to rest? Was it okay that I wasn’t doing as much as I used to? The answer was a sweet and gentle — but very firm — yes.

In this place of vulnerability, I have been forced to wrestle with whether or not I truly believe in God’s unconditional love and grace. I can no longer earn God’s love; I must simply receive it. He has shown me that this time of rest is not an indictment of my failures, but a gift that he wants to bestow. He is not a God whom I can never please. Instead, he wants to invite me to a big Asian wedding day after day, where I can feast in his presence and bask in his unwavering devotion to me. He is a God who always delights in every one of his children — working or resting, saying yes or saying no, striving for perfection or taking the time to see who he really is.

Caroline Lancaster explores the joys and struggles of her journey into the fullness of her ethnic identity.