The Humble Professor: An Endangered Species? 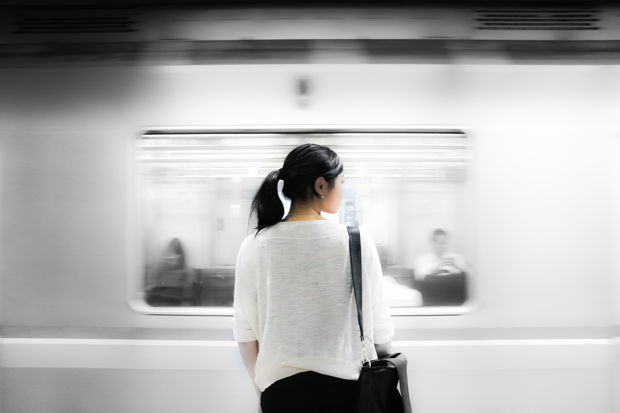 In my first week teaching, I printed my syllabi four times. The first time I mistyped dates (despite all my careful checking), the second time I mistyped dates again, and on the third attempt I set the copier to single instead of double sided copies, resulting in neatly stapled syllabi with every other page blank. The mistakes might not have been so humiliating had I not discovered them each time by handing out all the syllabi in class.

Humiliation is the dread of every scholar. As I start a new job as a professor, I’m finding that the best way to avoid humiliation isn’t what you’d expect (perfectionist obsessive compulsive syllabi checking, for example). Rather it’s a similar-sounding word: humility.

Solomon must have felt the same fears of being humiliated. He was young. He had come through bloody trials to secure his position. He walked in the shadow of Israel’s most beloved leader of all time. And now he was supposed to lead masses of people, establish a legacy, and dole out judgments that would shape people’s entire lives.

This sounds disturbingly similar to becoming a new professor.

In The Courage to Teach, a wonderful resource of encouragement for teachers of all sorts, Parker Palmer writes, “education is a fearful enterprise” (2007:36). Colleagues, administrators, and students interact according to fears of a “live encounter,” of being found out as imperfect, of losing the identities we hold carefully propped up by our ideas. We fear humiliation. So we protect ourselves by carefully constructed walls of distance from students and our careful academic-speak and abundant citations.

In the face of these fears, humility can feel like the last stance we should take. Aiming for wisdom sounds appealing, professional, and noble in the academic context. Humility, on the other hand, sounds dangerous. What will students and colleagues think of me if I admit what I don’t know? What if I admit the limits of my time and brain? What will happen to me internally if I admit I might not get glowing student evaluations or know the name of every great scholar in my field?

Particularly as a woman in a world where we’re taught to prove our worth among men, admitting weakness can feel like a threat to all the dignity we work to earn. We make the excuse that humble professors are rare, but shouldn’t it be men who figure out how to be humble, since women are still busy figuring out how to be heard?

The precursor to wisdom

Paradoxically, the Bible teaches us that wisdom can’t be grasped by clawing and biting, or by reading all the latest literature in our fields. Instead it shows up exactly when we admit we lack it. It comes, as James says, “by deeds done in humility” (James 3:13).

In the face of academic pressures to do everything and be everything, true wisdom grows and shows itself in deeds of humility.

What I usually remember about Solomon’s early career is this: Solomon asked for wisdom, and God rewarded him with wisdom plus riches (1 Kings 3:4-15). Actually Solomon never used the word wisdom in his ask. Instead he started with a stance of humility.

As academics, we all want to skip ahead to the ask-for-wisdom part. We fancy ourselves Solomon-like in desiring most of all to be wise, telling ourselves that if God rewards us with a tenure-track position, salary, and benefits, well so be it, but our real desire is to learn great things and share them with eager students and admiring colleagues.

So how to find that humility-plus-wisdom combination? Solomon’s prayer offers a useful model.

A prayer for falteringly humble academics

Solomon begins his conversation with God by verbally reminding himself of God’s promises fulfilled: “You have shown kindness...” (v. 3:6). By looking back often and marveling at the path God has taken us on to our present position, we set our heads straight. We remember that our academic careers need not tend toward disaster, but toward God’s loving plans worked out in kindness.

Second, Solomon acknowledges his looming inadequacies: “I am only a little child and do not know how to carry out my duties.” (v. 7).  He admits he can’t do this alone.

Third, he asks for a “discerning heart” (v. 9). He isn’t asking for book smarts and head knowledge, but rather for an inner change of heart, to become the kind of person bent toward listening well and seeking after deeper truths.

Fourth, Solomon allows God to respond. And respond God does: “The Lord was pleased that Solomon had asked for this. So God said...‘I will give you a wise and discerning heart'” (vs. 10-12). Ultimately it’s God who sets our hearts right to become the kind of academics he envisions.

The four-step prayer of Solomon—remembering who God is, confessing our own inadequacies, praying for a discerning heart, and allowing God to speak—could transform entire academic careers. We have opportunities to practice it over and over: as we apply for grants, write dissertations, plan classes, deliver presentations, deal with students’ complaints, and build relationships with colleagues and administrators.

Ultimately it’s a process to guide us as we consider the lifetime impact we might have among students, colleges, disciplines, and the world. “For who is able to govern this great people of yours?” (v. 9).

Anne Pharr's interview with an English professor sheds light on practical ways that prayer and faithfulness can bear fruit in the secular classroom.