I Have Given You Enough: Gratitude to Grief and Back Again 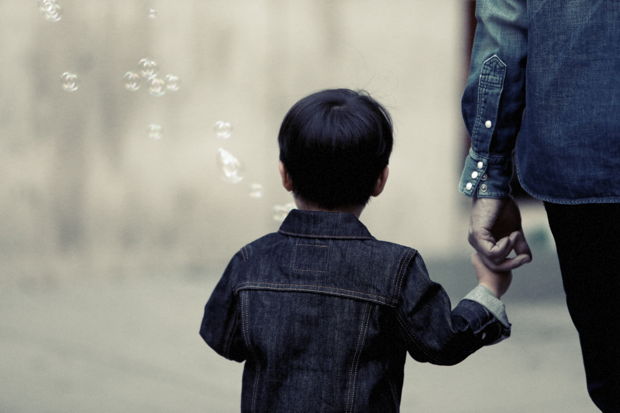 “Are you already taking Clomid?” the fertility doctor asked me, a note of astonishment in her voice as she stared at the screen in front of her.

She didn’t answer my question. “Do twins run in your family?” she asked.

“No,” I said again, more forcefully this time. I met my husband’s slightly alarmed eyes across the room. “There are no twins in either of our families.”

My husband, Ned, and I had been trying to conceive — off and on, but mostly on — for more than a year. A blood test found that I had “reduced ovarian function.” That, coupled with the fact that I was at the ripe old age of thirty-six, meant that I was summarily referred to a fertility specialist. This initial ultrasound was supposed to reveal if there were any physiological barriers to our conceiving another child. Instead, we discovered that my body was on the verge of releasing two eggs.

“Maybe we should skip this month,” I quipped, only half joking. Ned let out a guffaw.

This time it was the doctor who spoke forcefully. “Absolutely not. This is the perfect time to try. And you should get on it right away.”

So we did. And two weeks later, just as we had decided not to pursue fertility treatments and be at peace with the one child we had, a pink plus sign told us that I was finally pregnant. Ned and I were stunned but delighted.

And then, we began to worry. In a matter of hours, we had gone from thinking we might be infertile, to learning we had conceived, to wrestling with the reality that God might have blessed us with not one, but two babies.

Ned was away on a business trip; my three-year-old son was sound asleep. In the stillness of that early October night, I lay on the bedroom floor, my hand on my stomach. Suddenly the word twins came to mind, and I felt a rising panic. We would need double the amount of baby equipment. We would have to buy a bigger car. We might need to rent or even buy a bigger house.

But as I thought back to the events that had led to this moment, my swirling anxieties were gently rinsed away. I knew that this, whatever it was, was exactly what God wanted for us. And if God wanted it for us, it would be the best possible thing for us.

The prayer that someone spoke over me a couple weeks later seemed to confirm that. Exhausted from caring for our three-year-old while Ned was on yet another long business trip, I approached a prayer minister during Sunday service. I mentioned nothing about being pregnant, but simply asked him to pray that God would sustain me.

The prayer minister nodded and closed his eyes, asking God what he wanted to tell me. After a long pause, the man asked me, “Do you like pretzels?”

My eyes flew open. I like pretzels well enough, but I only really eat them when I’m pregnant. They are my go-to food when I’m feeling nauseated. “Yes,” I replied in amazement.

After the prayer, I walked back to my seat, heart pounding. If the God of the universe knows I eat pretzels when I’m pregnant — even down to the exact kind of pretzels — then surely I could trust his promise that he has given me all I need.

I hoped “enough” meant just one baby. But even with two, I knew we’d be okay.

The bleeding began six days later, on the afternoon of Halloween. Just a trickle, so I didn’t worry too much. That evening we hosted a small party of friends, who ate pizza with us and helped hand out candy to trick-or-treaters.

In the middle of dinner, I felt the flow of blood increase. We called the doctor. She said it wasn’t enough blood to be a clear indication of anything. More importantly, she said there was nothing we could do to make things better or worse. What would happen, would happen.

My son, who, for weeks, had been eagerly telling anyone who asked that he was going to be a fireman for Halloween, tore off his costume the instant we put it on him. We went trick-or-treating around the block, nine adults chaperoning one tiny, un-costumed child. We had dessert and said farewell to our friends. We slept; we went to church the next morning.

And still the bleeding continued.

By the afternoon I was pretty sure I knew what was happening. We called the doctor again. I noticed how careful she was to avoid the word miscarriage. Termination, she called it. Or loss. Regardless of the terminology, there was no longer any question in the doctor’s mind.

From a physical standpoint, the process was surprisingly easy and painless. We stayed at home, built train tracks with our son, watched It’s the Great Pumpkin, Charlie Brown while eating dinner. We went about our day, even as something substantial was happening inside my body.

In the middle of the night, I woke up and felt only stillness in my belly. At that very moment, the heavens opened up and rain began drumming the roof above me, pouring down onto the drought-stricken California earth.

I tried to weep quietly, but Ned still woke up. He rolled over and put his arms around me.

“There’s no reason to hope any more,” I gasped out — for we both, despite what the doctor said, had kept hoping. Maybe we were losing only one of the two babies. Maybe God still had a miracle up his sleeve for us. “I feel different,” I continued. “I can’t feel — it’s not — I can tell that —”

“There’s nothing there,” Ned said quietly.

“There’s nothing there,” I sobbed. And the rain continued to fall.

That crazy pretzel image, which had previously been of such encouragement to me, now took on a darker meaning. I have given you enough, God told me. Just a few pretzel sticks. Not enough to fill me. Not enough to satiate me. In other words, I am not giving you any more.

For most of October, Ned was away on business. His absence has been a common occurrence throughout our ten-year marriage. I’m often tempted to fixate on the long absences, on the missed holidays and nights spent alone. But in reality, in the nearly eighteen years since we became best friends, Ned has always been with me whenever I most needed him.

By God’s grace, Ned came home twenty-four hours before the bleeding began. He didn’t leave my side until three days later, when he was certain that I was okay physically and no longer crashing emotionally.

When we first met, Ned was a dedicated atheist and I was an ultraconservative Christian. We never should have ended up together. But, for reasons beyond our comprehension, God was feeling particularly generous with us. He gave us the gift of each other, catalyzing us into lives of greater adventure and faith than we ever could have imagined.

Thousands of times over the last eighteen years, I have thanked God for the gift of Ned in my life. And still, the depth of my gratitude never quite matches such unfathomable abundance.

I have given you enough, God said.

Throughout the process of the miscarriage, our three-year-old son played. He jumped, he sang, he danced, he climbed on both his parents. Even as Ned and I grieved, our son was the embodiment of joy. His big belly laughs were like ointment on the wounds just beginning to break open within us.

His preschool teachers, Sunday school teachers, and family friends tell me how sweet my son is. How empathetic. Gentle. A good listener. He is only at the beginning of his existence, but I marvel at the depth of character he already has. I am in awe of the possibilities for whom he could become and what God may call him to do. When I feel darkness creeping into my spirit, I hold him close and feel his warmth, his vibrancy.

The other day, as I was helping him to reconfigure his train tracks yet again, he motioned me over. “I want to whisper something to you,” he said.

I walked over to him and leaned down. “I love you, Mommy,” he whispered. I could feel his broad smile against my ear.

The weight of disappointment and sadness didn’t lessen, but I felt an even greater sense of gratitude. If this little boy was all God granted me, my life would still be overflowing. And I’m trying very hard to believe that it could still be the best possible thing for me.

I have given you enough.

Blog
By Tish Harrison Warren
My Lord and Migraine

Since my early twenties, I’ve gotten migraines. It is hard for me to describe them without sounding dramatic. They are, in actuality, a little dramatic. And they have shaped me, my life, my family, and my view of God.

Voices
By Kate Bowler
The Middle Is Not the End: An Interview with Kate Bowler

Marcia Bosscher interviews religious historian and author Kate Bowler about life, work, and the perspective that comes from crisis.