I Remember the First Time… 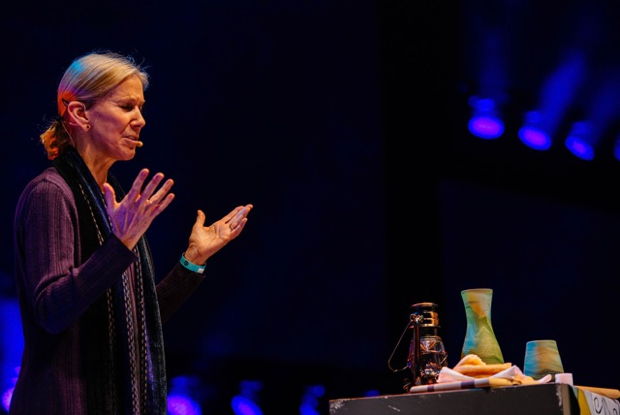 It happened to me again last week. I was leading a training event and each participant was sharing a formative time in his or her development as a leader. One woman was talking about her experience as a leader planning a national leadership development project and why it was so pivotal. She noted (among other things), “It was the first time I was supervised by a woman.”

It just so happens that I was the woman supervising her. I was the woman who carefully selected her from among the possible candidates, who invited her in, who welcomed her fantastic gifts to our team, and who supervised her. While I knew her role on the planning team was formative for her, I had not realized that was in part because it was the first time she had been supervised by a woman.

I remember the first time I heard a woman preach in church. It was Madeleine L’Engle and she preached on Abraham and Isaac. It was a passage I had heard preached many times before. In her feminine voice, wearing her usual nearly floor length dress and a big beaded necklace, Madeleine led our congregation deep into the questions of how God could possibly ask a father to sacrifice a son. I was mesmerized by her approach. It tapped into the emotions I had always felt around the passage.

I remember the first time I saw a woman prepare and serve communion. It was at All Angels Church, my home community. I was struck by the loveliness of watching a small woman, in traditional priest garb, with grace and poise, lead us through the familiar words of the liturgy. At Urbana this year, I watched as MaryKate Morse, another petite woman, looked out at 17,000 people before leading us into sharing communion and said, “I am a mother and a grandmother and I am going to serve you communion.” It was a riveting moment.

I remember the first time I preached in an upstate New York church where a woman had never preached before. The colleague who had invited me warned me that this would be new for some. The night before I was up all night with a sick kid. The next morning, I put on my Sunday clothes and preached on Jesus and Peter and fishing. It was a rich passage, and even tired, I enjoyed the experience. When I was finished, one of the older gentlemen who had been concerned about my coming approached my colleague and said, that the sermon was pretty good, not much different than how a man would have done it, just from a woman.

I remember the many times men and women came and told me that watching me partner effectively with a man to lead the ministry to students in the New York and New Jersey region of InterVarsity was a first. Sharing decisions, sharing the stage, sharing a sense of deferring to each other and making space for each other in a visible way prompted comments and questions. Many spoke of the goodness of seeing this kind of partnership lived out.

I remember coaching women who had never watched a woman lead in a powerful and largely male group. I remember modeling filling up space, with my body, my voice, my energy.

Why does it matter so much? We are women and men in body, mind, and spirit. Seeing and hearing a leader wrapped in a female body, speaking with a female voice, and acting with authority makes a difference. Experiencing a woman leading creates new possibilities and new pictures for men and women alike. Sometimes the pictures help us understand that we are more alike than we think. Sometimes the pictures help us underscore the importance of our differences. In our culture men have held the majority of the leadership roles in almost every sector of society for many generations. Just one woman saying yes to leadership opens new doors and creates new possibilities for giving and receiving for men and women alike. Each yes extends beyond the immediate, changing opportunities for men and women in the future.

Sharon Gartland speaks to the struggle of submitting to the less-than-perfect leaders in our lives.

Heather Walker Peterson explores how the process of trying out new ideas in the classroom and with colleagues can help us to grow and flourish.