It’s Been One Month Since Election Day 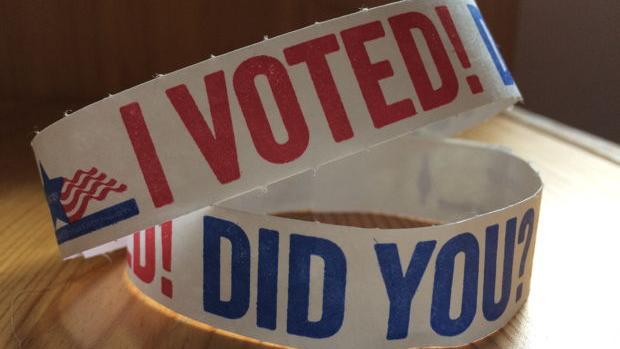 One month ago, I woke up to the news that Donald Trump had been elected President. It was news I wasn’t prepared for — that a man who said so many hateful things about Muslims, Mexicans, refugees, women, and others should be chosen to lead our country. And I wept for all those who felt immediately unsafe as a result.

After my visceral response, I read. And I listened. And I’m trying to understand. I want to both understand the perspectives of those I disagree with and also to act on behalf of those marginalized in this country, with more than a safety pin on my shirt.

Perhaps you too have been immersed in reading, in listening, in processing the election and its aftermath. Perhaps you’ve tuned out and decided the news is all just too much.

No matter where you find yourself one month after the election, I’d like to share the sources I’ve found most helpful as I pray, listen, learn, and seek to live out my own faith in the months and years to come.

Who voted for Trump and why?

I didn’t know many people who were vocally supporting Trump before the election. And I didn’t understand why people voted for him. I resonated with Katelyn Beaty’s piece, “I was an evangelical magazine editor, but now I can’t defend my evangelical community.” If that sounds like you, listen to "The Sun Comes Up," an episode of This American Life featuring stories of people from all walks of life responding to the election — military officers, immigrants, police officers, Mormons, immigration lawyers, and more. These stories remind me of the complexity of human lives.

Maybe you’re convinced that all those who voted for Trump are motivated by racism and xenophobia, despite their protests to the contrary. Political scientist Kathy Cramer has a more nuanced view, "A New Theory for Why Trump Supporters are so Angry that Actually Makes Sense," based on her research of rural Wisconsin voters. (See more from her here.)

Some Christians are confused by the outcry. Their support for Trump was based on their hope for his Supreme Court nominees. They see him as flawed, but they don’t consider this election markedly different from others. The rest of us seem to be sore losers. If that describes you, Shannon Dingle’s lament might provide some insight. Or step into the shoes of Austin Channing Brown as she describes her own reaction to the election.

How do we talk?

No matter what motivated voters, our country has elected a candidate embraced by white supremacists and endorsed by the KKK. And there are consequences. Many people feel threatened as a result of this election, and indeed racist incidents are up in the last few weeks.

Yet, research shows that calling all Trump supporters racists and xenophobes won’t really help. We must learn to talk to one another instead of just about one another, as Van Jones describes in this short video. We won't be able to persuade others about systemic racial bias until we are able to listen to and learn from them.

If you’re white, like I am, read this piece addressed specifically to white Americans. It’s not enough for us to distance ourselves from racist rhetoric or to read articles and think well. We have a responsibility to act on behalf of those who have less power, so that our black and brown brothers and sisters are treated with the same respect and dignity that we enjoy.

What does the election have to do with Jesus?

As followers of Jesus, this election is not irrelevant to our faith. God is neither a Republican nor a Democrat, but God does care about life — black lives, the lives of refugees, of immigrants, of people with disabilities, of women, of Muslims, and of the unborn. Part of following Jesus means acknowledging the image of God in all people.

I surveyed my friends on social media to see how their pastors addressed the election. Unfortunately, some churches have been silent. But though Christians will disagree on policy, on party, and on candidates, we must agree that Jesus calls us to love our neighbors and that those neighbors come from every tribe, tongue, and nation. The kingdom of God is full of people of all ethnicities, adopted into a new family.

One pastor said “we must, must, must not align ourselves with those who link ‘Evangelical’ with any form of racism — we will have to show by word and deed that we belong to a kingdom that values all races.” And another claimed that “we are called to be disciples no matter the times we live in, and right now that means reaching out to and standing with those who are afraid in the face of bigotry and racism.” These are not partisan statements.

No matter what our convictions on trade, health insurance, or the size of government, if we follow Jesus, the way we love and respect other people ought to draw us together. Our hope is not in an elected leader, but neither should we give up on this world in all its current struggles. As we seek to follow Jesus in our churches, in our workplaces, in our homes, may we be people who listen, who love, and who fight for justice.

What’s your next step?

How will you listen and talk to those around you? If you’re spending time with your family over Christmas, politics may be a topic of conversation. Christena Cleveland encourages us to lean into hard conversations with family and to call people to biblical justice. She reminds us that we are all on a “justice journey” and we need spiritual sustenance to engage well.

How, then, will you respond? Ian Cron and Suzanne Stabile urge us to live in hope in the Road Back to You podcast episode about the election. They remind us that our own responses require both self-awareness and discernment. One friend is working to bring an immigration lawyer to her campus to talk about specific ways to help undocumented immigrants. Another is leading a workshop on building empathy at her church. What’s your next step?

Women in the Academy and Professions team members share words of encouragement for our community in this special series of short podcast episodes.