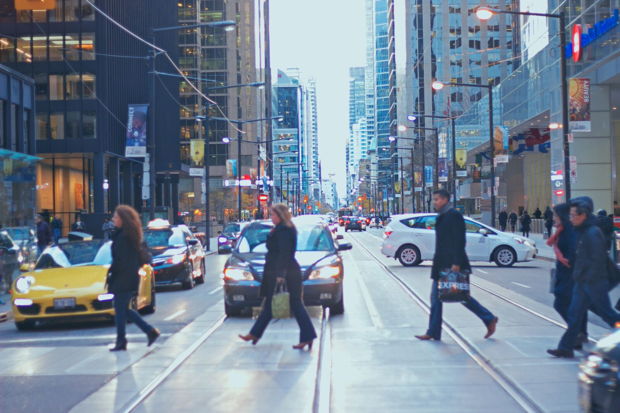 She walks about twelve blocks, rides a train for ten minutes, and walks four more blocks. She is dressed professionally and travels with a rush of other morning commuters.  She walks in the door of her office, less than seven miles from her home. In the half hour it has taken her, she is verbally harassed or catcalled eight times. Men comment about her appearance and her body parts. They make suggestions about what they would like to do with her—to her. They stare at her and look her up and down. And not just today. This is typical each time she makes the commute. She arrives at the office where she is expected to exhibit leadership and develop her professional skills. She works with a group that is currently all men. What is the impact of what she experiences coming and going? Can she put it behind her as she enters the door?
He doesn’t understand. He bends over backwards to make the workspace safe for women, to listen well, to create an even playing field. Yet there are still complaints from women and underground conversations about what it is like to be a woman on the job. Some women feel less valued, less heard. Some wonder if they are being treated with the right degree of respect. Don’t they see and appreciate the effort he is putting in? Why is the effort not sufficient?
The title of a recent New York Times opinion piece asks, “What Does a Lifetime of Leers Do to Us?” The writer ponders what it does to a woman to be faced with a constant stream of unrelenting harassment. She reflects on her own experience of being harassed repeatedly on the subway, of being threatened — casually — with rape:

When we talk about gendered trauma, we tend to point to moments of physical danger, harassment or assault. Those are critical to discuss, of course. But we can’t leave aside the snowball effect of all types of sexism over a lifetime.
For me, it’s not one particular message or adolescent incident that bothers me; it’s the weight of years of multiple messages and multiple incidents. It’s the knowledge that this will never be just one day, just one message, just one hateful person. It’s a chipping away of my sense of safety and my sense of self.
— Jessica Valenti, June 4, 2016

As I consider the conversations I have had with the woman and the man above, I wonder what is missing in our understanding of each other’s daily realities as we step into the workplace and how it impacts the way we work together. What difference might it make if we each had a view of our culture from the other’s vantage point — if men saw what women experience on a regular basis? If women could imagine what it would be like to be free of the threat of leering and confrontation?
Do women have the ability to bracket and set aside the negative verbal and nonverbal messages they receive once they walk in the door? Should they? What difference would it make if the people they worked with had a sense of what their commutes were like?
Do men understand that the women in their offices, especially the younger ones, are often facing verbal harassment multiple times each day? Do they have any sense of what that is like for the individual women who are partners, supervisors, or supervisees?
When I was in my twenties, a savvy supervisor, after hearing some of the experiences of women on his leadership team, set aside several hours of a meeting for a conversation about gender. He asked the women if they were willing to share the experiences they encountered as they came and went and engaged in their work. He asked the men to talk about their experiences in the same situations. There was no comparison. At the conclusion, he asked a more difficult question: "What do the men in this circle do that makes you uncomfortable?" After an awkward pause, the conversation began. Hugs that went a little too long. Comments that were intended to be gentle joking that weren’t perceived as funny. Interruptions that were unintentional but were perceived as disrespect.
That day was a turning point in our team relationships. Once we had opened the door to this conversation, we created space for more. Awareness and attention around gender issues increased. Our team began to ask women regularly how the behavior of others was impacting them. Male colleagues asked more questions about women’s perceptions when they were trying to prepare for a difficult situation or to debrief a confusing gender interaction with others. Our conversations did not “fix” the culture. They made us co-laborers engaging the culture as leaders in a more supportive way.
There is no one-size-fits-all for gender conversations in our workplaces. Yet, what women experience “out there” does — must — have an impact on who they are “in here,” even when we wish it didn’t. So, can we talk? Can we find a way to make the workspace a place where the lifetime of leers is acknowledged? Can we develop strategies together to counteract denigration and refuse to settle for letting each woman bury it and bear it alone as she walks in the door?
Tags:
leadership | cultivating community | justice

Join us as we hear from engineer and business leader Sheeba Philip in this installment of our regular WAP Woman Wednesday series.