“You won’t want to get a PhD anymore after you’re married. It will be enough to have a husband.”

Our pastor’s words during a premarital counseling session have been seared in my memory for the last twelve years. 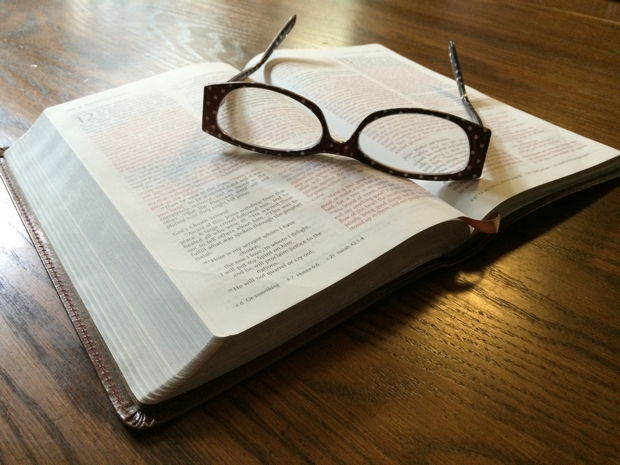 My husband and I met in divinity school and fell in love talking theology. I went to school with the intention of pursuing a doctorate in order to teach.

And then came that statement by my pastor. It was as if, on my wedding day, I would morph into a completely different person with different passions, hopes, and dreams. I would no longer be Anna but wife of Jeff.

That statement cast me into the throes of the debate about gender roles in the family. To my surprise and dismay, the arguments surrounding women and work were much less substantial than those I had studied relating to women and ministry, where rigorous arguments were made on both sides of the debate.

Men were often described as natural leaders and women as natural nurturers; men as adventure-seekers and women as security-seekers. But the source of these claims wasn’t obvious: The Scriptures were not clear on this topic. I couldn’t find the term “spiritual leader” in the Bible. The context of “work” in the Bible was so different from my own that it wasn’t clear to me how it was connected to today’s “work.”

My desire to study and learn, however, did not diminish. When I married, and later when I gave birth to my two lovely children, I did not become a woman with a different personality or different gifts.

A few months ago, I heard Bill Robinson of Whitworth University speak about Paul’s conversion. He noted that Paul was zealous and scholarly before he met Jesus. He was intense in his study of the law and in his persecution of Christians. After he met Jesus, Paul was still zealous and scholarly. His intensity did not diminish with his conversion. Instead, Paul’s life was repurposed and his intensity was redirected.

I, too, have been called “intense.” And I see how God has repurposed my desire to teach and learn since that day in my pastor’s office. I had a vague sense of a desire to study theology then. But that has been repurposed into a call specifically to research, write, and teach about the New Testament’s teaching regarding family and discipleship.

With all of the rhetoric surrounding women and work, it is easy to overlook the Scripture. How much easier it is to tack the adjective “biblical” onto our viewpoint as a conversation-stopper than it is to do the hard work of studying the text! My calling is to examine the texts of the New Testament in their literary and historical context to see how the concepts of family and discipleship are related. Not surprisingly, Scripture is more complex than simple rhetoric. And I’m fascinated by the ways Scripture describes family.

The gospel writers narrate an incident in which Jesus redefines family as those who do the will of his father in contrast to his physical mother and brothers (see Matthew 12:46-50 and Mark 3.31-35). In the first century, this seeming relativization of kinship obligation would have been shocking in a culture which valued kinship honor and duty. Jesus’ shift in priority from kinship duty to allegiance based on spiritual kinship is dramatic. To be a disciple of Jesus is to be a member of a new family with God as father.

In today’s American culture, we may no longer experience the core values of kinship duty and honor. However, this gospel narrative in which Jesus redefines family ought to be just as shocking. Even though we no longer live together with multiple generations under one roof, our obligations are not merely to ourselves and to our nuclear families. They extend beyond the bounds of our individual lives to the lives of those in our spiritual communities. This familial obligation to the covenant community is what seems shocking in our current “family-focused” culture. It is a proclamation that our ties, our responsibilities, and our familial obligations extend to the “other,” beyond our own children, parents, spouse, or siblings.

The image of a surrogate family of faith is just one area of research that might change conversations about gender roles, family, and calling for Christian women. There is much more work to be done. But distinguishing between what Scripture says and what we think it says because we’ve assumed that our cultural values are “biblical” is certainly critical. And helping future pastors learn that women do not change into completely different people when they marry has potential to effect change for many women. I’m grateful for God’s redirection toward the task.

Dorcas Cheng-Tozun shares her thoughts on building a strong marriage in the midst of a demanding life calling.