My Institutional Relationship with Jesus

I’d like to propose a moratorium on the use of the phrase “personal relationship with Christ.”

A close friend who recently attended my Anglican church was alarmed that we read what she called “other people’s prayers.” She said that we need to be praying our own prayers. We are supposed to have a “personal relationship with Jesus,” she reminded me.

The problem is that this isn’t at all the way human beings typically speak about relationships. Do I have a personal relationship with my husband? Not really. It certainly is not impersonal. I have an intimate relationship with him, an honest communicative relationship, but it’s far more than personal. It’s public, it’s communal, it’s institutional, it’s sacramental. It’s even, in some sense, liturgical in that it is lived out through ritual, rhythms, and seasons. 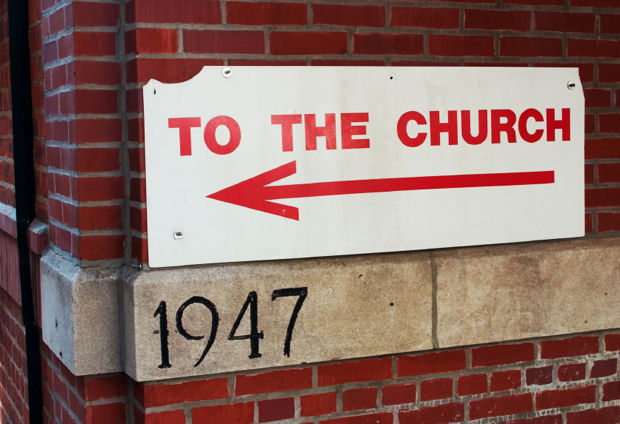 Evangelicals, for a couple of centuries now, have focused almost exclusively on this “personal” relationship with God — individual conversion and spiritual growth. Perhaps this evangelical emphasis was needed in a day where the institution of the church trumped any focus on personal piety and produced a deadened faith. But we’ve thrown out far too many babies with the baptismal font and have produced our own false gospel that has led to individualized communion-on-the-go kits and to Donald Miller blogging that “most of the influential Christian leaders I know (who are not pastors) do not attend church.”

Individualized sacraments and churchless “Christian leaders” would be anathema to Christians (protestants, Catholics, and Orthodox alike) throughout most of church history. This is the extreme, disfigured end of where evangelical anti-institutionalism and individualism — our focus on an exclusively "personal" relationship with Jesus — leads us.

If the main point of Christianity is one’s own individualized relationship with Jesus, then the church merely exists to help you with that. In this way of thinking, it makes sense that if church is helpful in your subjective intimacy with Christ, then it’s important to go, but if not, then there are plenty of other spiritually helpful things to do on a Sunday morning — stay home and read your bible, help the poor, pray, have a good conversation with a close Christian friend. The evangelicalism I grew up with focused most on one’s individual journey toward Christ or perhaps the journey of an amorphous “community” of those we personally knew. The church was secondary. When we did speak about church, it was mostly in the context of building campaigns.

However, this way of thinking about Christianity is a perversion of the gospel. Christ didn’t incarnate, endure torture, die, and resurrect in order to save me individually. He saved a people. Not only that, he established a church. He gave his kingdom to the church. He sent his Holy Spirit to the church.

I remember as a teenager explaining to a non-Christian friend how Christianity was a “relationship and not a religion.” I think about that conversation now with embarrassment not only because I was speaking in clichés but also because what I was telling my friend isn’t true. Christianity is certainly never less than a person’s relationship with God, but it is certainly much more than that. The Bible doesn’t pit religion against relationship but instead pits false religion against true religion. And a “religion” that is simply about my “personal relationship” with God, devoid of the church, devoid of Christians throughout history, devoid of the sacraments that Christ instituted, is a version of a false religion.

Here’s the thing — it’s easy when we write and speak on the church for it to seem all the stuff of theory. Ecclesiology seems more abstract than care for the poor or inductive bible study. We can relegate thinking about the church to those experts and theologians that use Latin phrases like “extra ecclesiam nulla salus.”

But for me, the role of the church isn’t an abstraction. It’s among the most vital conversations of our generation. When Donald Miller writes about the prevalence of Christian leaders who aren’t in church or when I meet Christians who don’t see much need for the sacraments, my heart is grieved. They’ve somehow come to love the bridegroom and missed meeting the bride.

The reality is that I know Jesus because of two thousand years of millions of believers joined together in word and sacrament. In short, through the institution of the church. If we walk away from that rich banquet in favor of a “personal pan pizza” relationship with Jesus, what will be left of Christianity for our grandchildren’s grandchildren? What will be left of it for us now?

In the past year, I went through a pretty intense period of spiritual doubt. I began to wonder how people know what’s true. Can we know anything at all? I’ve mostly emerged from this period with a deeper sense of the truth of the gospel. And through this season of doubt, I came to value the church in a new way. I concluded that I am too short-sighted, limited, contextualized, and solipsistic to know much at all beyond my own subjective preferences and desires. If I’m to find a truth sturdy enough to build my life on, it has to be revealed by God and tested by time, blood, and sweat over millennia. If anything is true, it has to be beyond my own culture, my own historical moment, my own preferences. It has to both offend and compel me and offend and compel others who are in a different space and time and context. In other words, if limited people can say anything true, it will be by millions running as hard as they can toward truth for a long time. And what happens when communities across time and space wrestle with the gospel and each other over millennia? The institution of the church.

And this living tradition is not simply an abstracted ideal but is worked out in the earthy ordinariness of bread, wine, water, neighbor, stranger, liturgy, and polity in my local congregation. It is not perfect or easy or even at all times enjoyable. But it is the bride of Christ and nothing, not our petty disputes or American democratic individualism, not time or trends or my own wickedness, will prevail against it because Christ is committed to her. Flannery O’Connor said, “You have to suffer as much from the church as for it . . . .The only thing that makes the church endurable is that somehow it is the body of Christ, and on this we are fed.”

What can a Christian who lived centuries ago teach us about faith and scholarship today? Listen in on our conversation with Karen Wright Marsh as we talk about the quirks and virtues of some of the spiritual giants of the Christian tradition.

Sara Scheunemann describes her own experience with spiritual direction and its place in deepening her relationship with God.