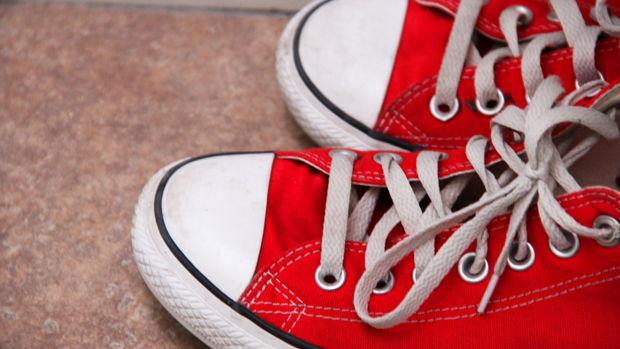 I watched the older woman across the pub where my Master of Fine Arts cohort was gathering for a meet-and-greet. We were there to get to know each other and chat about our creative nonfiction writing projects. This writer had arrived a few minutes late and seemed alone.

I felt for her, thinking the gentle grandma must feel as lost as I did when I had made my own tentative entrance. I imagined her writing project, probably a pleasant family memoir. I pictured a farm. I waved her over and invited her to join us. I discovered she was writing a memoir — about her years in a war-torn country.

So much for judging that book by the cover. I’d hoped I would have been less likely to jump to conclusions about this brave woman.

I am a Christian writer in a secular program working on a spiritual project.

Envious of my friends who could afford the tuition of a popular Christian school in America that offered an MFA program, I had concluded it wasn’t feasible for me and applied to a Canadian university. I am a freelance writer and an editor of Faith Today, known as Canada’s Christian magazine. I’m also married to an Anglican priest. Both my work as a Christian journalist and my life in the church — not to mention my three kids — had prepared me, I hoped, to embark on a new kind of writing project exploring themes close to my heart. This MFA program fit perfectly, except that I was nervous stepping into it as a writer who had been cocooned in the faith-based writing world for years. What would the other writers think? How would the faculty treat my work and my project? Was I good enough?

Canada is a relentlessly secular country — and even more so on university campuses. More than ever before it is peculiar to attend church, let alone lead one. I was worried about how I’d be perceived. My inner third-grade nerd with thick glasses still cares what people think of me — even as I have become an older nerd with frames that are now, mercifully, in style.

Part of this MFA is pitching your project to the entire cohort group, as if you were presenting it to a publisher. Instead of hiding my faith, I was blasted straight out of the cannon. I stood awkwardly in front of the class and presented my project, something like this:

“My book is a spiritual memoir exploring, as spiritual writing does, big questions of life and loss, love and meaning, disappointment and forgiveness, written through the lens of a priest’s wife and journalist. I have experienced the spiritual life as a rich, painful, but ultimately grace-filled adventure. When people find out what my husband does, they either draw close or pull far away. This is the lonely paradox of ministry life. You are the last to be invited to a party, the first to a funeral. There is a chasm between religion’s reputation and religion’s reality. This is rich, fertile ground for spiritual writing.”

I blathered on for the allotted five minutes and then braced myself for the 15 minutes of open questions from the other students and faculty. “What does your husband think?” “Why are you doing this?” “What are you hoping to accomplish?”

And then: “Do you have funny stories?” Why, yes I do, as a matter of fact. So for a few minutes I morphed into stand-up comedy. Who knew hiding from parishioners and yelling at my kids before funerals was that funny? My time quickly came to a close.

I discovered most people didn’t know that the world of faith-based publications even existed. Most people had never met a minister’s wife or, if they had, they said she wasn’t like me. (By this point they really only knew me from my t-shirts, jeans, and running shoes, so I can only assume the other ones wore dresses.) Loyal to my tribe, I assured them the ministers’ wives they knew probably weren’t as strange or otherworldly as they thought. It was important to one person to let me know he was the least religious person in the world. (Duly noted.) Someone else mentioned she had stepped into a church recently during a walk, but only to see the architecture, she quickly added.

And it was touching when a practicing Buddhist made a point to say hello and share that people thought she was weird too. I liked her a lot.

The next Sunday I walked to a local church and sat anonymously, soaking in the praise band, the prayers, and the sermon. I grew teary — I realized I was weary from assuring people I had not just arrived from Planet No-Fun-For-Anyone.

In the end, my new friends (and I do feel like I made a few) accepted me, with perhaps a little bit of bafflement, and I gratefully welcomed them as companions on this rather odd writing journey.

Close to the end of our time together, as we foraged on campus for yet another cup of coffee, a classmate said to me, glancing at my feet: “You know, your Converse are pretty cool...for a minister’s wife.” “Thank you,” I said. And I meant it.

Karen Stiller is a freelance writer and an editor with Faith Today magazine. She is managing editor of Evangelicals Around the World: a global handbook for the 21st century (Thomas Nelson, 2015); and co-author of two books about the Canadian Church (Going Missional and Shifting Stats: Shaking the Church). She’s also an MFA student.

In Focus
By Jayme M. Yeo
Living into the Promise of Graduate School