Pluto and Parenthood: What the New Horizon mission can teach us

I watched the NOVA special Chasing Pluto today. My children were blown away to find out that the New Horizons Pluto probe which just this summer reached its target, was launched in 2006, before some of them were even born. The project was conceived years before that but only this summer did the probe come into the position from which it could take its stunning photographs of Pluto. (Pluto’s demotion to dwarf planet status is a subject for a different soap box.) 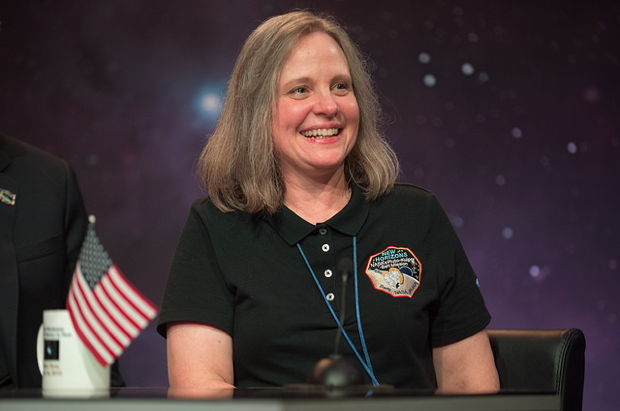 So much of this NOVA episode captured my imagination. Beyond the science and engineering, the aging of the key players over the fifteen years struck me. This was a long-term commitment. Alice Bowman, the Mission Operation Manager, or MOM, figured prominently in the video footage. She is the first female MOM at The Johns Hopkins Applied Physics Laboratory and is clearly at the top of her field.

In December, when the probe was coming out of hibernation, its radio silence sent the team into problem-solving mode. Ms. Bowman compared the New Horizons project to parenting. “We talk about the spacecraft as if it’s our child, our baby. When it does something we don’t expect, we relate it perhaps to the terrible twos, or something like that. So it really...becomes part of us.”

One of her colleagues recounted Alice’s response to the tense days this July, as her team sought to contact the spacecraft in the final stages of its approach to Pluto. “Alice, I swear, didn’t get any sleep, but she said she slept on the floor for a few minutes one night.”

“For a couple nights,” Alice agreed, laughing. “Slept there. You know, just like a child that’s sick. You want to be there to help it along the way.”

Obviously NOVA must have had hours of footage to edit down into this fifty-minute program. But what they kept shows they were as captivated by the idea of a female MOM as they were by the science that flew three billion miles to Pluto.

I may lack the visionary gene that led Alan Stern to begin the Pluto exploration project in 1992. But the faithfulness and juggling required to bring a project of this magnitude to fruition is right up my alley. Mothers function every day in that narrow space between shooting for a fantastic vision and meeting the basic needs of all the people involved in the work.

This week Marissa Mayer, the CEO of Yahoo, announced she will take only two weeks off for parental leave when her twins are born later this year. I don’t want to tell Ms. Mayer how to do her job or run her life. It’s her decision: she’s the mom. But it’s a shame that Yahoo’s stock price dipped when she announced her pregnancy. Clearly American investors are still fixated on the short term. Perhaps Yahoo, like much of the tech sector, is so focused on short term gains that they are blind to the long term. Studies show that more traditional parental leave (six to twelve weeks, as protected by FMLA law) is associated with short-term dips in maternal employment and wages, but long term increases in both. Alas, perhaps two weeks of leave in tech terms is a lifetime. The nine years it took to reach Pluto is an eternity in the universe of technology companies.

“We spend a lot of time and long hours together during the missions,” says Bowman. “As a result, we form very close team bonds focused on a shared common goal.” In her fifteen years at the Space Mission Operations Group, she has built a culture where the balancing act over the long haul, at which parents excel, is an advantage.

How do Christian women navigate the call to both the academy and motherhood? Listen in on this panel discussion with the authors of Power Women.

Blog
By Dorcas Cheng-Tozun
Not the Year I Planned For
For our household, 2015 was supposed to be the year of the family. After nearly a decade of unpredictable adventures in Silicon Valley and abroad— mostly thanks to my husband’s social enterprise startup...
Login