Preemptive Hope: Confident Pluralism in the Midst of a Squabbling Society 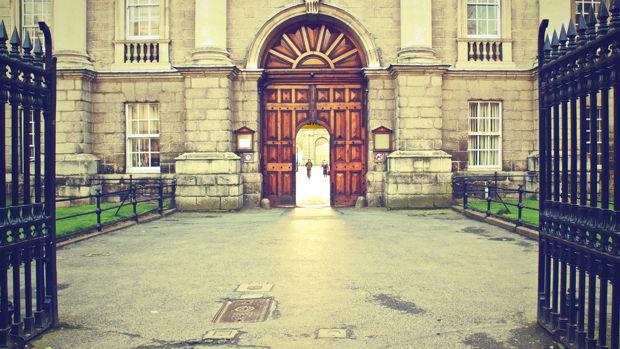 A few years ago, the InterVarsity chapter I led, along with 13 other religious groups, lost its status as a recognized student organization at Vanderbilt because we required our student leaders to affirm our statement of faith. Since then, InterVarsity has faced other conflicts over the right of religious communities to remain on campus — at Indiana University, the University of Michigan, and the California State University system, to name but a few. Beyond InterVarsity, Christians have faced legal and ideological battles: physician Eric Walsh was fired for preaching on Christian sexual ethics at his church; the Little Sisters of the Poor fought all the way to the Supreme Court over whether they had to provide employees with contraception and abortifacients (which they consider immoral); and California is considering a bill (SB 1146), which bans religious colleges from receiving any state funding or grants. If passed, this legislation would profoundly weaken these institutions and curtail their enrollment. At root, all of these conflicts bring up a question: how do we respond to the unavoidable and deep differences in our society? Increasingly, there are strong cultural forces that make Christians pessimistic about the possibility of living out their faith in public; we wonder if robust ideological pluralism is even possible.

We are deeply wrestling with the reality of a pluralistic society, and we must learn to live up to this challenge. One way to embrace pluralism is to take up habits and practices that sustain it. Here’s one example: during the painful year on probation at Vanderbilt, as we debated campus policy and were publicly derided by university leaders, my supervisor Don Paul told our team to solely use words of respect and dignity, both in public and in private, about those with whom we disagreed. Though we strongly and repeatedly voiced opposition to Vanderbilt’s policy, which we argued flattened pluralism on campus, how we talked about those who opposed our group, day in and day out, in an op-ed or in the privacy of our own friendships, shaped the way we saw them and how we treated them. My boss’s “civil speech mandate” forced me to assign the best motives to our ideological opponents, to frame their arguments in ways that were fair, to find common ground, and to respect them as thinking human beings. To be honest, I did not always do this well. But even an imperfect attempt at the practice seemed to subtly shape my view of the world and of the conflict on campus. Kindness and civility to political or cultural enemies is a practice that shapes us into certain kinds of people who see the world in a certain kind of way. This approach to pluralism and ideological conflict was not merely a political strategy — an attempt to butter up the administration in order to “get our way.” It was based in conviction. 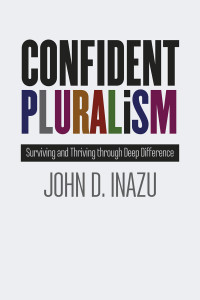 In his new book Confident Pluralism, John Inazu explores how we, as a nation and a culture, are grappling with our profound differences. He describes a vision of “confident pluralism” that “takes both confidence and pluralism seriously.”

Confidence without pluralism misses the reality of politics. It suppresses difference, sometimes violently. Pluralism without confidence misses the reality of people. It ignores or trivializes our stark differences for the sake of feigned agreement and false unity. Confident pluralism allows genuine difference to coexist without suppressing or minimizing our firmly held convictions. We can embrace pluralism precisely because we are confident in our own beliefs, and in the groups and institutions that sustain them.

Inazu, a constitutional law expert and Washington University professor, first examines the legal realities that we face. He argues for a robust recovery of what has been known as the “four freedoms” — speech, religion, press, and assembly. The second part of Inazu’s book deals with civic practices and civic aspirations (what could be called civic virtues). He contends that we need civic practices to sustain confident pluralism, particularly tolerance, humility, and patience. He also looks at the importance of “living speech” — as opposed to insults or “conversation stoppers” that dismiss our opponents’ ideas. And he describes how seeking “common ground” is not only possible in places of ideological conflict, but is, in fact, essential to “confident pluralism.”

Many Christians, like theologian Carl Trueman, are discouraged about the state of our culture and the possibility of pluralism. They may think that “confident pluralism” is a nice idea, but that it is naïve to the extent of sin, ignorance, and hostility in our current moment. In his review of Confident Pluralism, Trueman states: “Too little, too late might well be the book’s epitaph — though not, I hasten to add, because of any intrinsic problems with Inazu’s careful scholarship, clear argumentation, or winsome vision. The problem lies with the state of the world to which the book is addressed.”

Trueman’s pessimism holds an unstated belief that our commitment to confident pluralism or kind pluralism or winsome pluralism or respectful pluralism is contingent on others’ commitment to the same. Inazu’s book is not written for a Christian audience — it holds out an ideal for believers and unbelievers alike. But, for Christians, confident pluralism, as opposed to relativism, incivility, withdrawal, or power-grasping, is not motivated by political expediency; it is a theological commitment, rooted in the commandment to love our neighbors as ourselves. Inazu’s call to live as citizens who embody confident pluralism is profoundly important — not because it is some sort of Pollyanna-ish vision of everyone joining hands to sing kumbayah, but because the Christian call to love one’s enemies remains no matter how one’s enemies respond.

Habits of showing respect for our opponents — practicing tolerance, humility, patience, “living speech,” and looking for common ground — form us over time to be the kind of people who can bear Good News to the world. When we face deep differences, we can dismiss the arguments of others (Trueman refers to his opponents’ arguments as  “nonsense” and “cretinous”) and respond to others with the same mockery and disdain that they, at times, show us, or we can seek to see their humanity, to compassionately understand what they value and why. Inazu’s vision of civic practices illustrates what Christ’s command to treat others as we would have them treat us might look like in a diverse society.

Christians can talk about being “winsome” (which has become a bit clichéd) as if doing so will win us points or make our cultural or ideological opponents admire us. Responding to others with Inazu’s “civic aspirations” may not always win us friends, change the culture, or allow us to remain on campus, feel comfortable, or even keep our jobs, but that is not, in the end, what we are after. We, as believers, are to be people who model confident pluralism because our confidence is in Christ and our commitment to pluralism is a commitment to our love of neighbor. The church is the community that orders its life according to these kingdom commitments, even in the midst of cultural and political defeat. We are a people seeking to forge a way of peace, and we don’t have to wait on others for permission to do so. Confident pluralism cannot ever be realized if we wait to embody it until we are sure that others will respond in kind. Reacting to increased hostility by demonizing or belittling the “culture” or those different from us will, at last, diminish our own capacity to embody our ideals and beliefs far more than any law, policy, or cultural opposition might.

In the end, our commitment to civility didn’t change the outcome at Vanderbilt — we still lost our on-campus status. Nonetheless, Inazu’s call to civic practices remains. If we had given up on the possibility of “confident pluralism,” deciding that Vanderbilt would inevitably reject us, we would have missed a place of significant spiritual formation in our own lives and in the lives of our students.

My favorite story in Confident Pluralism (which is replete with great stories) is about an unlikely alliance forged between Kevin Palau, an evangelical pastor, and Portland’s openly gay mayor, Sam Adams, which led to over 26,000 volunteers from 500 churches serving the city of Portland. Yet if Palau had decided that it wasn’t worth approaching Adams because of cultural hostility toward Christians — if he’d decided that “confident pluralism” was a nice idea that was too late to pursue — it would have never happened.

The truth is that we cannot know where our culture is headed. Only God knows whether the commitment to civic practices will yield more hostility or lead to greater respect, admiration, and cultural flourishing. But we don’t need to preempt our own rejection by rejecting or condemning the culture. Instead, we endure cultural conflict while seeking to model civic virtue and giving others as many opportunities as possible to honor the ideals of robust pluralism. I sympathize with Trueman’s grief and frustration, but the idea that it is too late for confident pluralism is, in the end, a failure of patience. We have to be willing to walk with others, even those who oppose or reject us, because we are called to be a people of hope.