Blog
By Emily A. Dause

This post is not a Pollyanna-esque rambling about spreading smiles all over the world.  It's not an abstract inspirational piece with little practical application.  This post is a description of an assignment my counselor gave me a year or two ago, an assignment I entered into rather begrudgingly.  The ongoing assignment: to slow down and notice people in my natural environment, to smile at them and, when the opportunity presented itself, to engage them in conversation. 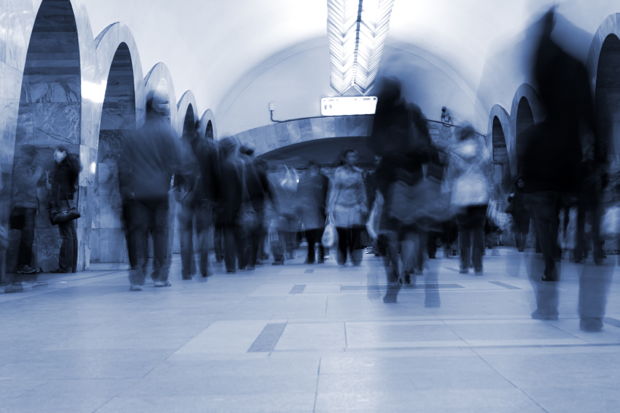 As I remember it, this assignment — as most of the assignments he's given me — arose out of an argument.  I argued I was invisible and forgettable, and he pointed out maybe I helped make myself that way — both in terms of my perception and in terms of me making it hard for people to notice me.  Walking into the grocery store soon after that conversation, I quickly realized his point.  I walked into the store at my normal fast-paced clip, efficiently made my way to exactly what I needed, "expertly" navigated the self check-out, and headed out to my car, eyes never deviating from my path.  In most everything I do, I'm focused and efficient. It's a strength . . . until it's not.

The purpose of the assignment was two-fold: one, for me to get out of my box and attempt to engage other people, and two, for me to practice seeing people as Jesus did. I needed to practice looking at and valuing people, instead of just giving a superficial glance or just seeing them as objects playing a function in my life.  (For more on this idea, see Love Walked Among Us: Learning to Love Like Jesus by Paul Miller).

I started off just trying to smile at people.  It's really hard to catch some people's gaze, especially when you're pretty hesitant about it as I was.  Sometimes my attempts at conversation would just fall flat.  As my counselor reminded me several times, it wasn't people's responses that were important, it was that I made the attempt.

After a while, I got pretty good at it.  At least, I was more willing to try consistently because of the connections I realized I was able to make with people, even if just for an instant.  I remember walking through Target one day and actually getting five people in a row to truly smile back. Shouldn’t I get extra points for that?

As it's become more natural for me to acknowledge other people and to make conversation, these are some of the things I've realized...

This assignment for me doesn't really have an end.  Instead, since I've been "working" on this for a while, I do have some suggestions if you decide to try this yourself:

When I started this assignment, I had convinced myself I was invisible.  Now, I realize that feeling was primarily a result of my own choices.  These choices not only made me less noticeable to others, but, more importantly, made others less visible to me.  Sometimes I still slip into old habits, and sometimes it is genuinely difficult to work up a smile.  But when I make the effort to connect with strangers, even just for a moment, I am reminded that not only am I seen, but that I can help others feel seen, too.

My final suggestion: just try it.  I'd love to hear some of your stories when you do!

Emily A. Dause received her B.S. in Elementary Education from Messiah College and her M.Ed. in Teaching and Curriculum from Penn State University.  She is a public school teacher and a freelance writer. Her writing appears in PRISM Magazine, Teaching Children Mathematics, and her blog, sliversofhope.com. You can also follow her at Facebook or on Twitter.

Podcasts
By Janeen Uzzell and Karen Hice Guzmán
Janeen Uzzell: Surrendered to Christ in My Calling

Listen in on our interview with engineer and business leader Janeen Uzzell in this special edition podcast from our Dear Mentor LIVE series.