Spiritual warfare isn’t something I think about a lot. I accept that the devil prowls around like a lion, but I’m suspicious of talk about demon snipers that lurk around every corner waiting to ambush us. Most of the time the battle seems to be taking place far away from me and I’m happy to keep it that way. I like being a spiritual pacifist.

But at the end of last year, rumors of war began to growl in my life. I can’t pinpoint the moment I first heard the ominous sounds of battle that signaled the devil was on the march to steal my hope. But I remember waking up one morning. Even as I rose out of bed in the sunlight, I could feel myself sinking into a dull darkness.

On the slippery slope

The attack really didn’t surprise me. During the fall, I went through several difficult experiences in various areas of my life. Difficulty sprouted into discouragement. I felt frustrated that despite all the riches of my faith, life remained hard. Even though Jesus had come and redeemed the world, it was still broken. It didn’t seem fair or right.
I suppose that winter morning was the turning point when discouragement started to develop into hopelessness. By the time I went to get dressed, I was beginning to drift out into the open sea of despair.
Fortunately this wasn’t as dark as other periods I’ve gone through. One year when I was depressed for several months, the despair came like an invisible undertow and pulled me down before I knew what was happening.
And I have seen more than one friend battle depression which took hold of them with a much tighter and longer grip than what I experienced. We are complex beings with body, soul, and mind interacting in profound ways. Although clinical depression is referred to as mental illness, sometimes biological and chemical factors are part of the dynamic. When that happens, the battle needs to be fought on these multiple fronts.  Along with counseling, medication was a significant help to my friends as they fought to regain their equilibrium.

This time though I was fortunate that I could see the depression advancing towards me. It was like watching a tidal wave come closer and closer, and before it engulfed me I had time to decide how to react. 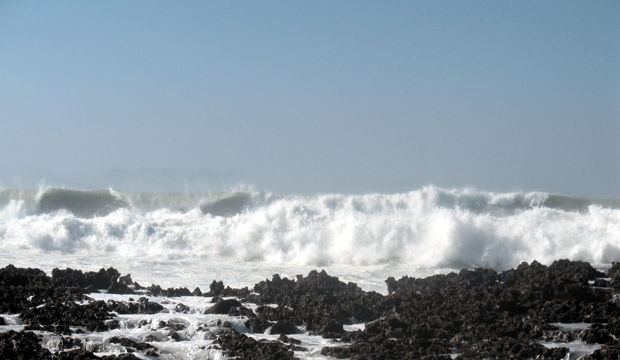 There were only two choices for me, fight or surrender. As much as I preferred being a pacifist, I knew if I didn’t enter the battle, I was going to be captured and brought back to the dominion of darkness as a prisoner of war. **
And so I began to fight. Mostly, the combat took place in my mind. In spite of how I felt, I had to hold on to what I knew to be true, I had to speak truth to myself. I needed to repeat the good news again and again:
I think the biggest battle was between a perspective of despair and perspective of hope. The devil wanted me to believe that the hopelessness I felt would be permanent, and the darkness would never give way to light. I had to repel those flaming arrows and claim the certainty that there would always be hope. Tomorrow would be another day. Next year would be another year. The next decade would be another decade. With each sunrise there arose the possibility that my feelings about my situation would be different.

"It’s like in the great stories, Mr. Frodo. The ones that really mattered. Full of darkness and danger they were. And sometimes you didn’t want to know the end. Because how could the end be happy? How could the world go back to the way it was when so much bad has happened? But in the end, it’s only a passing thing, this shadow. Even darkness must pass. A new day will come. And when the sun shines it will shine out the clearer." Samwise Gamgee, The Two Towers 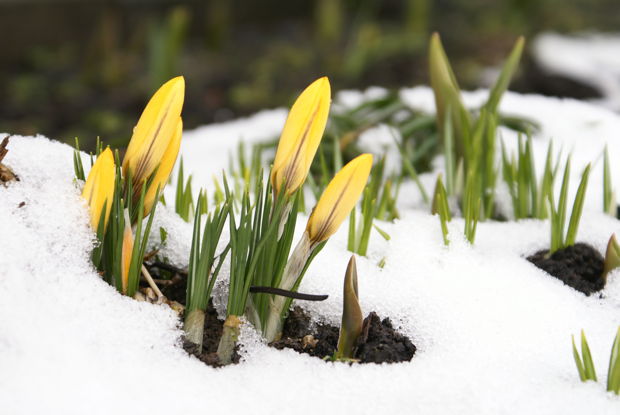 I happened to be reading Hebrews during this time, and it comforted me that Jesus could sympathize with what I was going through.

Therefore, since we have a great high priest who has ascended into heaven, Jesus the Son of God, let us hold firmly to the faith we profess. For we do not have a high priest who is unable to sympathize with our weaknesses, but we have one who has been tempted in every way, just as we are — yet was without sin. Let us then approach the throne of grace with confidence so that we may receive mercy and find grace to help us in our time of need.   Hebrews 4:14-16

Jesus understood my struggles and He was ready to give me mercy and grace — not abstract mercy and grace, but real, meaty grace that strengthens weakness and heals wounds.

Holding on to hope

It may sound simple, but it wasn’t. I have a little picture that proclaims, “Without hope, the heart would break.” That’s true, but it’s also true that even with hope, life is no picnic. I had to be honest with God about what I was feeling and that meant facing the misery rather than cutting myself off from it. I had to endure and suffer. I had to carry sadness and discouragement.
And the enemy never fights fair. Not only did he come at me head on, he also dropped propaganda fliers and broadcast demoralizing messages on my internal radio channel trying to convince me to surrender.
It was especially hard to keep in community because my heart sometimes felt like it was in shreds. One evening I forced myself out of the house and went to a gathering, dreading it every step of the way. But I ended up having a conversation with an acquaintance. She listened to me share some of what I was going through. I listened to her tell of her own struggles. By the end I felt like I had been put on oxygen and could breathe again. I’m not sure she was aware of how she rescued me, but thinking back on that night, I’m reminded of the saying, “Be kind, for everyone you meet is fighting a great battle.”
And this great battle is worth fighting.

The thief comes only to steal and kill and destroy;
I came that they may have life, and have it abundantly. John 10:10

The combat went on. Eventually the darkness retreated. Hope returned like the dawn, slowly coloring the world. Once again there was peace. 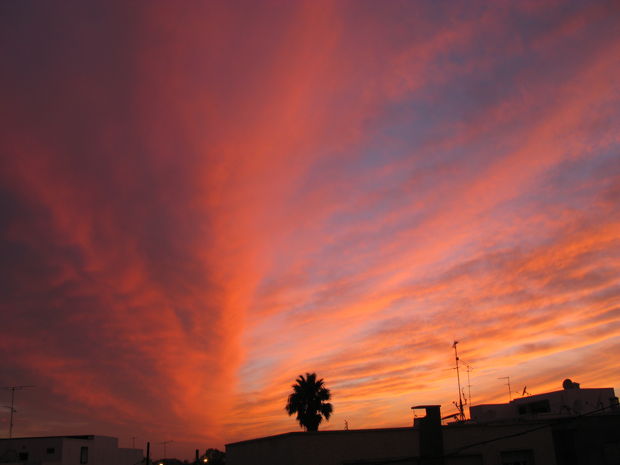 What about you?
Do you have an area in your life where you need to fight back discouragement?
Is there someone who needs you to listen and walk alongside them in their dark battle?
Tags:
anxiety, fear & stress | suffering

Blog
By Tish Harrison Warren
Even Still, Fear Not

Tish Harrison Warren acknowledges her instinct to indulge in fears while learning to accept God's invitation to trust in him.