On Speaking and Silence in White America

As we reel from the deaths of George Floyd, Breonna Taylor, and Ahmaud Arbery, we are still wrestling with the same questions this piece raised five years ago. Has anything changed? Tish Harrison Warren writes: “I worry that simply remaining silent will imply that the injustices that our brothers and sisters of color face are unimportant or acceptable and yet, speaking out on these events often seems hollow and far-too-easy.” How are we, particularly those of us who are white, invited to listen and speak as we seek justice in our cities, in our country, and in our world?

Though each of their stories are different and each individual circumstance matters, Michael Brown, Tamir Rice, Eric Garner, Walter Scott, and Freddie Gray have become, collectively, icons of victimization and injustice. Sadly, we, as a society, have witnessed scenes of violence and police brutality often enough now that our responses have become predictable, even calcified.

In the wake of Freddie Gray’s death, we see nearly identical responses from the media and broader society as we have before. Some people (most often white people) defend police actions, though with each incident of violence it becomes harder and harder to do so. Others condemn the actions of the cops but deny any pervasive racism or systemic brokenness that leads to such incidents. Instead, they focus on the importance of an individual’s choices, call for better parenting, and blame personal immorality for social problems. Others highlight oft-ignored racism, point to injustice in the legal system, and call on whites to listen. They remind us that, in MLK’s words, rioting is “the language of the unheard.” 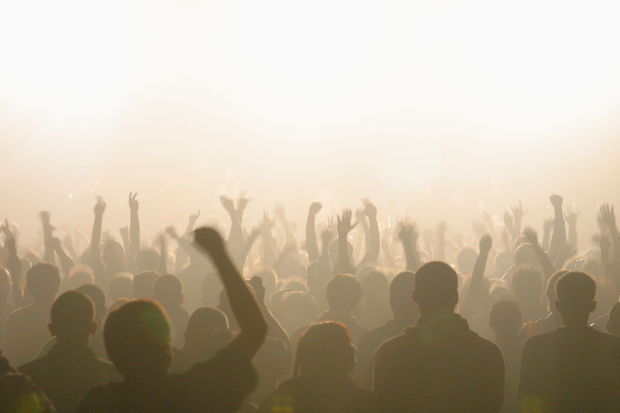 Each time these tragic events erupt and momentarily light up America’s news feed, I struggle to know how to respond. With social media, we can broadcast our personal opinion on every major news event, and, with that, comes an expectation that we do so, quickly, loudly, and often. In all the noise and clamoring, it can be difficult to honor the complexity of entrenched social problems and, instead, we simply retreat to our own ideological corners and clichés. But though it provides fodder for pundits and tweets, the false dichotomy between systemic injustice and personal morality cannot be defended biblically. Of course, personal choices and the breakdown of families affect America’s poor, urban neighborhoods (just as they affect all of society). And yet, individual moral choices cannot be understood or addressed without understanding history, culture, systemic injustice, and our economic and class system. Scripture calls us to repent, both individually and corporately, and to seek holiness as individuals and a society, as a people, as the church.

Not long after the Michael Brown shooting, a respected friend who is an African-American wrote to me about her own growing discomfort with feeling like she was required to voice an opinion, feeling particular pressure from her church where her pastor had faced racism from police and spoke dogmatically against law enforcement in Ferguson. What she said resonated deeply with me: “It feels as though it is becoming a polarizing issue where the option to speak up is not an option at all but a mandate. To not speak up is to be a coward. That's how it feels....I have been slow to speak....I guess I wish the church was always categorized as being passionate about social justice issues, not just when a high profile case pops up on the scene.” She concluded her letter saying, “I will not be bullied into an opinion.” Feeling pressured to state publically what one feels about every racially-charged incident as a way to prove loyalty or raise an ideological flag is its own kind of oppression. Needing to make the complexity of social problems into sound-bite certainty is itself an injustice. How are we to be slow to speak and quick to listen in a culture where nearly everyone proffers his or her opinion (and posts it and tweets it) on every news story in record time?

I worry that simply remaining silent will imply that the injustices that our brothers and sisters of color face are unimportant or acceptable and yet, speaking out on these events often seems hollow and far-too-easy. The reality of racism and systemic injustice seem so self-evident that arguing, as a white person, that these are real and pressing problems feels like writing an essay on how the sky is blue and August is hot and yet somehow being self-congratulatory for admitting so. When white people downplay our privilege, I feel like we are just being ignorant or self-defensive. Yet, when I hear white people argue that racism and injustice are problems — a reality that should long ago have been a given — it seems overly self-satisfied and must sound laughably and maddeningly obvious to people of color.

Frustratingly, at times, when whites admit the reality of racism, it can come across as broad-minded and generous but when blacks say the same thing, it’s perceived as predictable, overly-critical, or complaining. Nevertheless, it must be said again and again: racial prejudice is real, is wrong, is not “over,” and profound injustices result from it and we must, collectively, as a society and as a church repent for it, actively and intentionally. To say otherwise (though some certainly would) is simply to ignore what our brothers and sisters of color tell us, not to mention most of our history as a nation. But it feels ridiculous to write such things. The sky is blue. I should not have to argue that vehemently. Just go outside and pay attention.

Still, speaking out against injustice does little good without also engaging in the more quiet and more complicated work of empowering and encouraging people of color and seeking justice, beginning right where I am. I worry that this pressure to announce our ideological stand can lead to what my husband describes as our age’s quickness to “pledge solidarity without sacrifice.” If I were somehow able to convince every last person in America that racism is a real and pressing problem, would that help people in urban Baltimore? Probably not. However, do false excuses and denial of racism further hinder needed social and political change? Probably so. Admitting the reality of racism is, of course, a starting point, not the end goal. I don’t want to merely hashtag myself onto “the right side of history” as I go about my day in privilege and self-satisfaction, ignoring the Freddie Grays and the hurting neighborhoods around me. Edmund Burke famously said that "the only thing necessary for the triumph of evil is for good men to do nothing,” and now we might add, “or for good men to hashtag and do nothing more.”

Yet, I will continue to speak (and post and hashtag) obvious truths about racism’s existence because remaining silent, not speaking out against injustice, has historically been a way that whites have bolstered our own privilege and reified systems of injustice. Many have said that this is a time when white people should be listening far more than we are talking (or writing). And I could not agree more. Yet, we must learn to listen actively, to listen and to respond, because silence alone has so often been equated with complacency and tacit approval of the status quo. So I sit in the tension that virtually anything I, as a white person, might add to the discussion around race in America will likely be rightly judged and found wanting. And yet, remaining silent may itself be the luxury of white privilege and may reinforce oppression. So, my prayer for white America is this: If we, white Americans, are silent, may our silence not be one of apathy but of listening, of leaning in, of mourning, and of learning, and, if we speak, may our words not be those of self-justification or denial, but of repentance, of truth telling, of justice seeking, and of love.

Tish Harrison Warren is a priest in the Anglican Church in North America. She is the author of Liturgy of the Ordinary: Sacred Practices in Everyday Life, which was Christianity Today's 2018 Book of the Year, and the forthcoming Prayer in the Night: For Those Who Work, or Watch, or Weep (IVP 2021). She has worked in ministry settings for over a decade as a campus minister with InterVarsity Graduate and Faculty Ministries, as an associate rector, with addicts and those in poverty through various churches and non-profit organizations, and, most recently, as the writer-in-residence at Church of the Ascension in Pittsburgh, Pennsylvania. She is a monthly columnist with Christianity Today, and her articles and essays have appeared in the New York Times, Religion News Service, Christianity Today, Comment Magazine, The Point Magazine, and elsewhere. She is a founding member of The Pelican Project and a Senior Fellow with the Trinity Forum. She lives with her husband and three children in Pittsburgh, Pennsylvania.

In Focus
By Gayle L. Reed
Is it Time for Forgiveness? The Transformative Power of Loving Your Enemies

Podcasts
By D.L. Mayfield and Caroline Triscik
D.L. Mayfield: The Myth of the American Dream

Listen in on our interview with writer and activist D.L. Mayfield as we discuss the four main categories of Mayfield's recent book and unpack the ways Jesus might be inviting each of us to love our neighbors more fully.