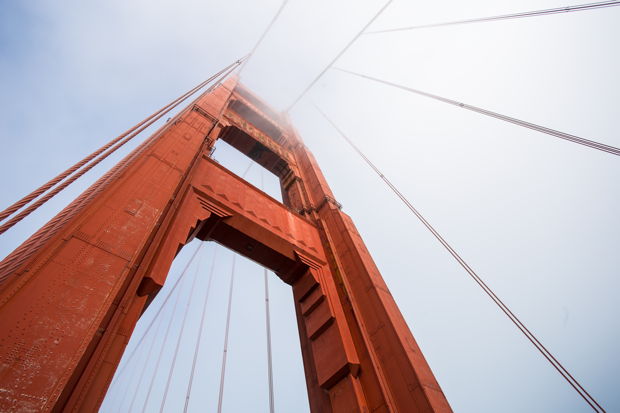 “Thank you for being brave,” says a student in my course on writing theory and ethics. I’m struck by the sincerity in her eyes.

We had just finished a class-long discussion on the ethics of sexual activity in young adult novels. At my conservative institution, this kind of topic can lead to unfortunate consequences — a student or parent complaint. I had taken them out of their safe zone. It had felt like a risk.

“You dropped a bomb on us, Dr. Peterson,” another student had remarked, laughing, at the end of the previous session when I had introduced the case study article. I scurried to a meeting afterwards. Surrounded by administrators, a colleague asked what I was covering in class. I floundered for words.

Maybe I was brave.

I’ve taken other risks before — and failed miserably. One time, I played Johnny Cash’s rendition of Nine-Inch Nails’ song “Hurt” to a group of first-year writing students. They wrinkled their brows in confusion. I had intended to illustrate a modern example of the apostle Paul’s engagement with culture, but clearly Cash and Nine-Inch Nails were esoteric if not archaic to them.

As a woman, it may be even harder to risk at work. I attended a conference last spring which was opened by four conveners, two women and two men. While the women read prepared manuscripts, buttressed by frequent citing of research, the men glanced at notes, spoke off the cuff, and referred to a couple foundational articles. I wonder if the women offered a more polished presentation because they felt that they had had to fight more to get to where they were.

I use my authority to cultivate flourishing for others. In my role as chair, I lead in creating opportunities for my departmental colleagues to take meaningful risks. Together, we have produced opportunities by reducing cumbersome curriculum expectations and managing department funds for increased financial resources. I’ve championed curriculum development for students in order to encourage them to take more meaningful risks through internships and practicums.

My vision for my department to flourish on and off campus could have been exploitative according to Crouch, as all leaders can be when they’re convinced their vision is the vision. Secure in my identity Christ, I needed to expose my ideas for the department to critique, meaning initial ideas I had were turned on the lathe of our work together, producing different results sometimes than I had expected. For example, some departmental majors can choose between an internship or a new course offering of research with a professor.  The second option, one I hadn’t thought of, better prepares those going onto graduate school.

Standing in front of my students’ youthful faces, I could also exploit or be manipulative. I’m known as “personable” and “approachable” to my students. I connect easily with them. I share little stories from my life to make our class content more meaningful. On the day when a student had told me I was brave, I publicly noted my own sheltered background in learning how to engage with books and art that portray aspects of nudity or sex. I didn’t overshare, drawing them into an inappropriate confidence, gaining an intimacy with them that I didn’t have a right to. Rather, I hope in Crouch’s words, I helped them “to bear” their vulnerabilities in the unnecessary shame and confusion they may have around similar portrayals.

It’s when I’m not considered an authority that the risk seems greater — when I’m sitting in a meeting with those in authority over me and with colleagues from other departments. The thoughts I assert may look stupid. The author of The Soul of Shame, Curt Thompson, writes of a “shame attendant” who whispers that I’m an imposter who shouldn’t be where I am. I should really be shoving fries out of a drive-thru, not in teaching and leading in this intellectual environment. My shame attendant awakes when in such a group I speak a thought and don’t receive affirmation for it.

“That was stupid,” it says, gnawingly. Eventually, “You are stupid.”

One morning at 8 a.m., huddled in my office over class prep when few students come by, I hear a knock. Someone comes in. She’d been at the last two meetings I’d attended, after each of which I suppressed my choking fears of my comments, surely foolish.

“I want to thank you,” she explained. She tells me that she appreciates that I speak my mind, that I help her to see other perspectives, and perhaps if we all spoke our minds more often, we would gain many perspectives and come to better conclusions.

God is not always so merciful to reward the neediness of my soul’s affirmation junkie, so I am grateful for this kindness. If I keep speaking my mind, maybe others will do the same, and together there will be more transformation, more flourishing.

In Focus
By Margot Starbuck
Keepin' It Real

Author Margot Starbuck challenges women in leadership to set others free from false ideas of beauty by "keeping it real" themselves.