Over the last few days, while tucked safely inside as snow has fallen, I watched the final film in the Lord of the Rings trilogy, The Return of the King. It has, arguably, my favorite scene in the series. At the prompting of Gandalf, the hobbit Pippin climbs the watchtower of Minas Tirith, the white city of Gondor, and lights the signal fire. Against the backdrop of Mordor, realm of the evil Lord Sauron, whose dark fires threaten to consume all that is good in Middle-earth, springs forth a beacon of hope — a flame that spreads from mountain top to mountain top, calling for the aid of ancient friends in the land of Rohan. 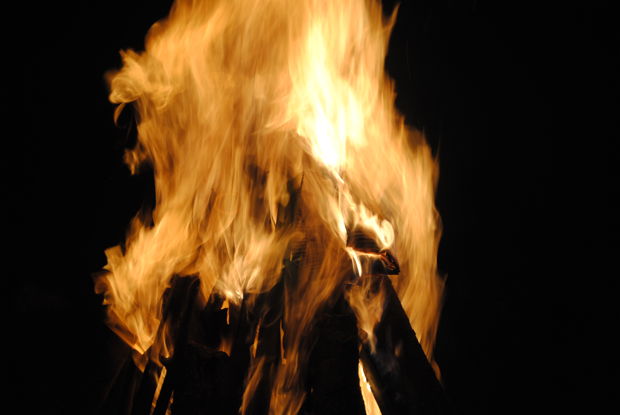 Every time I see this scene I think of the sacrifice of those who waited by their unlit beacons. What must it have been like to hold this post, waiting day after day and watching? At the top of mountain peaks cold, stony, snow-covered, and remote, they kept the watch, likely fighting back boredom and the temptation to relax their focused gaze. They paid close attention to a still point in the distance, where they knew their comrades were also watching and waiting. Faithfully, they waited for one moment upon which all depended, the moment in which they must not fail to carry on the message entrusted to them by setting their beacon ablaze. The chain of faithfulness must not fail, for upon it the future of the kingdom depended.

The work of these men is largely unnoticed. For long years, they have kept the watch without any grand moments of blazing glory. Most likely, their fellow citizens thought of them little or not at all, only recalling their sacrifice in their greatest hour of need. What renown is there, after all, in waiting by a pile of wood while others hold back the enemy with sword and arrow in battles along the borderlands? Yet the future of the kingdom and the lives of their people depend upon their quiet faithfulness in the duty of watching and waiting.

John Milton captures the profound service of waiting in his poem, “On His Blindness.” Lamenting the ways in which his loss of sight have limited his service to God, Milton hears the voice of Patience in reply:

..."God doth not need
Either man’s work or his own gifts: who best
Bear his mild yoke, they serve him best. His state
Is Kingly; thousands at his bidding speed
And post o’er land and ocean without rest:
They also serve who only stand and wait."

“They also serve who only stand and wait.” All our activity at the bidding of God, our Lord and King, is service to him, but equally so are the seasons in which we stand at attention and wait for his word, ready to move at his direction. As much, or more, depends upon on our faithfulness in waiting as was true for those who lit the beacons of Gondor.