Uptalk?: What your voice may be saying 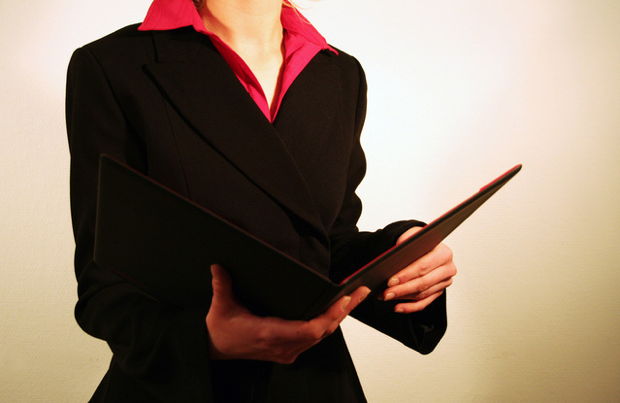 When I met Rachel at a leadership development event, she was in her early thirties. She was clearly a bright and gifted leader and held a high level of authority for her age and experience. As we talked, her ideas about her work and leadership were thoughtful and well formed. But I noticed an immediate disconnect between the strength of her ideas and the strength of her voice. She finished most sentences with a raised voice pitch, creating the sense that she was asking a question rather than making a statement.

Rachel was alerted to her vocal pattern first by a small group of women who were evaluating leadership presentations. Completely unaware of her frequent raised tone and the impact it was having on her communication, she was embarrassed, but grateful for the feedback. As she began to pay attention, she noticed this pattern showed up most often when she was nervous. She was in an intense job, working with highly experienced older leaders. She realized she was speaking quickly and deferentially so she wouldn’t take up too much space or time.

In Compelling People, John Neffinger and Matthew Kohut suggest that the voice is one of many cues that we use to size people up when we meet them. The book posits that most of us initially and largely unconsciously assess people on two sets of criteria: warmth or coolness and strength or weakness. In general, women are perceived as warmer and weaker than men. The voice is a critical part of non-verbal communication and has a high impact on our perceptions.  We tend to trust the content we hear in a person’s voice — perhaps more so than the words they are speaking — including emotions, stress, and confidence.

When women want to convey strength in the workplace, they face a significant challenge, identified by Catalyst, a leading research organization on gender in the workplace, as the double bind dilemma: women are often judged as being too aggressive or not appropriately assertive by their colleagues. While there is general agreement on what level of assertiveness is appropriate for male leaders, there is not a shared perception about what level is acceptable or appropriate for women. Women who match their assertiveness to the level considered appropriate to men are often judged as unlikeable, or less warm. If they present as warm and welcoming, they are viewed as not effective. Our society is not yet fully accustomed to women’s voices in the workplace and calibrating our presentation remains a challenge.

The vocal pattern Rachel exhibited — sometimes labeled “uptalk” — is frequently noted among young women in particular. Uptalk is described as ending a declarative phrase or sentence by raising vocal pitch, which would be typical of asking a question rather than making a statement. In a working situation, the use of voice conveys a great deal about authority and leadership. Who has the right to speak, to hold space with their voice? Who asks the questions? Who gives answers? Uptalk is often perceived as a way to convey that you do not want to take up someone else’s space or that you don’t put yourself on par with others in the group. You are positioned as a question-asker, at times asking the questions, “Am I free to speak?" or "Is my position acceptable?” Adopting uptalk is one way people may consciously or unconsciously avoid appearing too assertive while continuing to appear warm and engaged.

How can a woman develop an authentic and effective voice in the workplace? The answer to this question is complicated by our current cultural reality where we do not know what others will find authentic. In my view, developing an authentic voice does not mean being comfortable nor does it mean making others comfortable.

For Rachel, awareness of her pattern was the first breakthrough. She asked others to observe her in public settings and give her feedback (you could do this by having someone record you speaking in different settings and listening, perhaps with a coach or colleague). She became aware of settings that triggered her anxieties and her questioning tone.  She paid attention to when she felt she was trying to hurry or take up less space.

Rachel’s second breakthrough came as she began to embrace her presence as a leader and a steward representing other people and representing important ideas in the room. As she owned her authority and her calling, her voice became less about her own feeling of vulnerability and more about doing the work she had been given. With a sense of freedom and responsibility, she could work to develop her authentic voice.

The last time Rachel and I talked, she sounded more mature and secure.  I realized that her change in vocal patterns made her sound more authentic, even if she was quietly working hard to practice conveying confidence and strength. As women do the work of learning to speak more authoritatively, we are paving the way forward for a new “normal” in the workplace, with more space for female voices and a greater sense of what strong, assertive female leaders sound like.