What to do on a commute 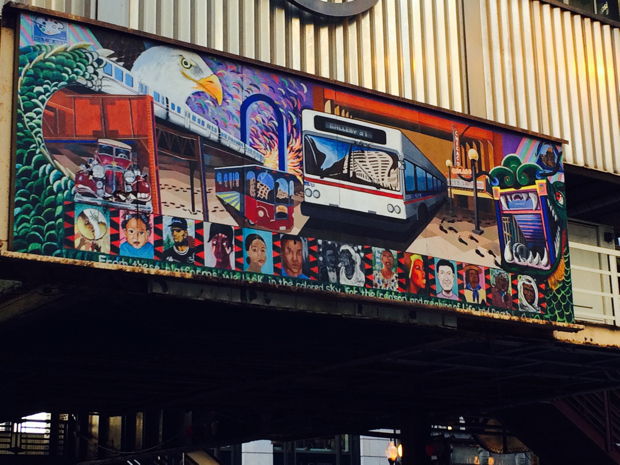 For many people, commuting falls into a category alongside purgatory, jail time, and colonoscopies. I like to hope these hours we while away in subways, buses, and highways have some greater potential.

When I started a job that includes a five-hour round-trip drive each week, I heard a lot of stunned comments. “What do you do with all that time?”

I point out that a daily commute of only half an hour one way adds up to just as much time. That’s roughly the national average (26 minutes each way), but well under average in cities like New York and Chicago. Take that five hours for forty weeks a year over ten years, and you’ve spent 2,000 hours in transit, nearly twelve solid weeks.

I have to believe that these hours are more than just a disposable mechanism for getting to and from “real” life.

But what do you do with those minutes and hours? How do you take the inconvenient interruption and turn it into meaningful living?

Here are a few ideas.

Go in the nothing box

First of all, you don’t have to do anything. Go ahead, zone out. Empty your brain. Go into your nothing box. We rarely give ourselves the opportunity to let our brains relax during the day.

I once heard a Yurok Indian proverb summarized, “Take time to do your thinking.” That thinking doesn’t have to be hard-core task-organization and composing thesis pages, it can be just opening your mind to let thoughts drift in gently.

Commuting allows us to de-clutter brain space in preparation for the transition from work-brain to home-brain. Step out of that car and you’re likely to be speed-walking, clicking, typing, talking, filing, reading, and a million other forms of doing. Just being for a while is a good gift.

Poster putty on the dashboard

Driving time is lousy for reading, but great for memorizing. Stick gobs of poster putty on the dashboard and post on papers you want to remember. Song lyrics, Bible verses, notes for exams, and class lists to memorize students’ names all work well. It takes a little advance planning to print off pages, preferably in large font, but pulling papers from the glove box works better than scrolling through a phone on the road.

Sing your heart out

Let’s admit it — most of think we sound awesome in the car. And well we should; there’s no more forgiving audience than you and God in a car. Again, a little advance planning goes a long way. Check out CDs from a library, put together joyful music mixes, or memorize the words to entire hymns. One of my happiest pastimes is writing folksongs during car rides. Long rides also offer an opportunity to appreciate the artistic shape of an entire music album, a rare thing in our Pandora- and radio-driven listening.

Look for the pretty

I used to get jealous when my husband told stories of startling deer at sunrise, passing through fields of wild sunflowers, and stopping by lines of baby ducklings on his biking commute. My commute through rural highways and suburban streets includes a lot more cornfields and Walgreens.

There’s a lot of beauty along my ride too if I look for it. I’ve started to notice a marsh where fog rises at sunrise, quaint old farmhouses, parents walking their children to school, and migrating flocks of blackbirds. Focus your mind on these beautiful sites rather than on blacktop, even while your eyes attend safely to the road.

The obvious: NPR, audiobooks, and podcasts

When I asked friends for tips on commuting, I most often heard, “Have you tried audiobooks and podcasts?”

Oh yes, I have. In fact I just finished the massive 16-CD set of The Fellowship of the Rings. Audiobooks, podcasts, and public radio can entertain and teach you just about anything you want to know (and much more you never thought you wanted).

Whatever you do (or don’t do) on a commute, adopt the mindset that a commute is worthy of attention. Let prayer guide the time, and expect to step out of your subway or car as a more alert, healthy, and calm person.

A mural in downtown Chicago depicts a trains, buses, and cars beneath a rainbow sky, with the single poetic line: “From these platforms we look in the colored sky for the reason and meaning of life and death.” Whether in train platforms, subways, bicycles, or cars, there is meaningful life to be lived all along our journeys.

What can Daniel teach us about living in the reality of a pandemic? Quite a bit, as it turns out.