When I Opposed Women in Ministry

Last year, when a staff member introduced us to Suzanne Burden, we asked her about writing for The Well. Suzanne shares with us here her journey wrestling with the issue of women in ministry which led her to co-author the book, Reclaiming Eve: The Identity and Calling of Women in the Kingdom of God. 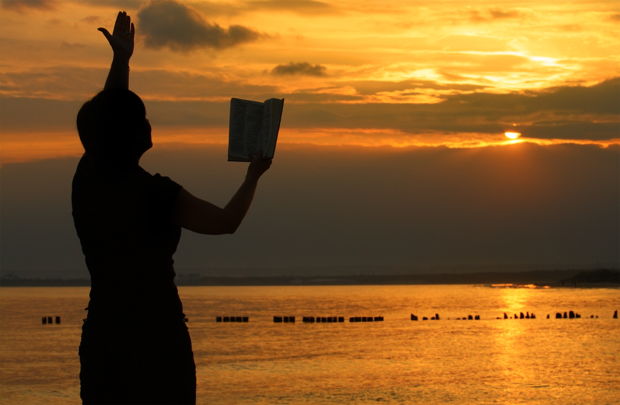 What gives? How did you change your mind so dramatically? An old roommate sent a Facebook message, inquiring why I seemed to have done a turnaround on the issue of women in ministry. She remembered me attending a Bible Study Fellowship gathering with her in my early twenties where I disapproved of a woman teaching a mixed group.

I didn’t view her question defensively; instead, it revealed just how much my views had changed on the identity and calling of women in the Kingdom of God. Only ten or fifteen years ago I openly believed and sometimes said that women should not be teaching men.

I was a young woman objecting to the full inclusion of women in the Kingdom of God. I certainly felt I was being biblical. I prided myself on my willingness to fit into prescribed gender roles. And then something began to shift, though it was years in the making.

Around the age of 30, I worked as a freelance writer, compiling profiles of many of the women in the New Testament, 25 in all. It was shocking, really: upon close inspection, it seemed Jesus was behaving in revolutionary ways with the women in his path. Each time he met a woman I became a bit more unsettled; his behavior was not only countercultural, it seemed, but groundbreaking. My internal script began to unravel.

One night I was visiting a small church when an older woman performed a monologue of Mary the mother of Jesus, dressed in first century garb. As she walked to the back of the auditorium, I approached her. I remember chatting with her, commenting on studying the women of the New Testament and being shocked at Jesus’ interactions with them.

She leaned in and said simply: “Jesus has already set women free.” I’ll never forget it. Her timely words unlocked a doorway that had been bolted to me.

All of those passages in the epistles, as important as they are to understand in their culturally-specific context, really can’t undo what Jesus did.

It was as if I’d been swimming along in Paul’s words that a woman was not to teach or hold authority over a man my whole life, and this woman’s words caused me to come up for air. I would eventually reevaluate the context and reasons for each of the biblical texts used to automatically keep women in silence and submission to males in most evangelical churches and institutions.

A few years later and newly married, I attended my husband’s church and teared up when a female pastor administered communion. My own call came through a series of circumstances that were painful and exhausting. Many of those close to me, aside from my husband who was supportive, didn’t understand why I was “ignoring Scripture” and stepping out in this way. The call to open myself up to leadership in the Church and in the Kingdom is the most costly call to obedience Christ has ever asked of me.

My new truth, however, was this: I was now taking the Scripture more seriously than ever before.

I could no longer justify not using the spiritual gifts Paul spoke about in the epistles, gifts entrusted to me for the sake of the Kingdom. I glimpsed the redemptive arc of the gospel, I felt the Holy Spirit speaking to me directly and sometimes loudly, and I longed to enter into the alliance of men and women designed to further the Kingdom of God on this earth. I still do.

There have been times when I still want to run away from these discoveries, but I can no longer avoid the truth. Ruth Haley Barton put it this way: “When we require women to pay over and over again for Eve’s transgression with their silence and submission, we negate the full redemptive power of the gospel.” (Alan F. Johnson, How I Changed My Mind about Women in Leadership: Compelling Stories from Prominent Evangelicals, pg. 44.) 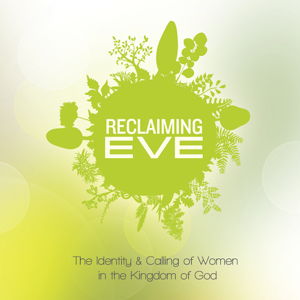 So when someone says, “I don’t agree with everything in your new book,” a book that encourages women to fully partner with their brothers to build God’s Kingdom, I smile and nod. “Neither did I,” I say, knowing I was them years ago. “But through studying the Scripture and witnessing the redemptive power of the gospel in the lives of women throughout the New Testament, I’ve changed my mind.”

It took years for me to understand God’s intentions for his daughters in the Creation narrative and how the gospel restores them. But now I can say with confidence as I lean in: “Jesus has already set women free.” Whatever your journey may be, I hope the same for you — all for the Kingdom’s sake.

Suzanne Burden holds an M.A. in Theological Studies from Grace Theological Seminary and is the coauthor of Reclaiming Eve: The Identity and Calling of Women in the Kingdom of God (Beacon Hill Press, March 2014). She and her husband David live in Indiana, where she insists spring is about to arrive.

Join us as we hear from engineer and business leader Sheeba Philip in this installment of our regular WAP Woman Wednesday series.