Women and Power (or How to Avoid Being Catty) 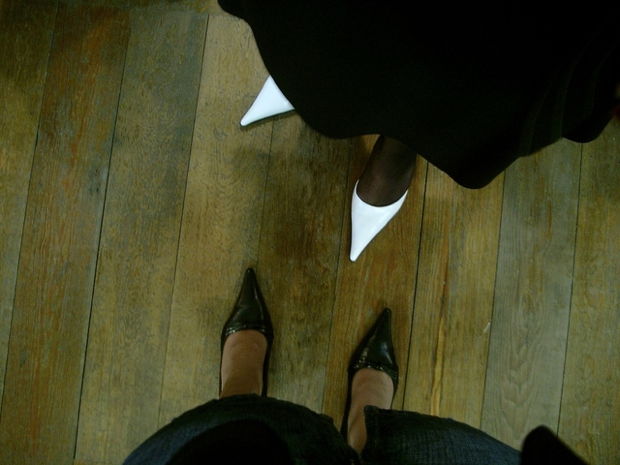 The words leapt off the page as I sat in the crowd at a spiritual formation retreat for InterVarsity women staff. Julie Anderton, a spiritual director, had passed out an outline and was speaking on growing our relationship with Jesus.

I waited with bated breath to hear what she meant, but then she skipped that point entirely! When she didn’t circle back, I raised my hand and asked her to explain.

We all looked at her, flummoxed. Seeing our confusion, she said, “Think about it. What would most men say their biggest sins are?”

“Would you say those are your biggest sins?” We shook our heads. “What would you say women struggle with the most?”

“See?” We slowly nodded. “If you only think about your spiritual formation from a male point of view, you could think you’re doing great because you don’t struggle with the sins being talked about in your churches. But we woman have plenty to bring before Jesus, plenty to be set free from.”

As we prayed together afterwards, a colleague prayed, “God, please forgive me as I live in the space between pride and insecurity.”

So what do women’s unique spiritual struggles have to do with how we lead? In the same way our spiritual landscape can look different from that of our brothers, our leadership temptations differ also. Women can have an uneasy relationship with power — something men traditionally have permission to pursue avidly but which women don’t. Yet we still want power, we want things to go our way, we want control, even if we can’t admit it. When we don’t acknowledge our desire for power, and the feelings — insecurity, jealousy, fear — that come with it, too often we resort to...the catty woman thing.

I hate the catty woman thing. You know, that phenomena where you realize either you’re subtly competing with a sister, girlfriend, or colleague or she’s competing with you. The underhanded cutting comment that’s too slight to confront. The gossiping and back-biting. The silent treatment. The queasiness in your gut when a female colleague gets attention or promotion or adulation. Or, when you get attention or promotion or adulation, sensing that your sister, girlfriend, or colleague isn’t that happy for you. Walking on eggshells because you sense something’s wrong but you don’t know what you did wrong.

I hate that catty woman thing. Even though I’ve been there, done it.

Here are some suggestions for more constructive ways to deal with our need for power:

As we dwell in the space between insecurity and pride, shall we trust God with our need for power? Together, let’s embrace God’s call to steward the world he’s given us so that creation can flourish. After all, we're sisters — and Catwoman was a villain.

How can I control my tears in professional situations?

Blog
By Stephanie White
Fighting the Fear: Because Now It’s for Real

This past summer, after taking five months off to be with my newborn, I went back to work. My department chair was, I think, trying to do me a solid, and he assigned me to teach two online classes. This made my days completely flexible...

What do you do when God’s plans for you seem overwhelming and you’re running on empty?

Reflections
By Sharon Gartland
Reflections: Parted on the Wrong Side

Sharon Gartland describes how emotional discomfort may be the stimulus for change needed in our lives.