Scars Across Humanity: A Discussion Guide 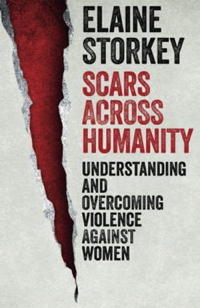 In Scars Across Humanity, Dr. Storkey compassionately demonstrates what gender-based violence looks like on the bruised bodies of real girls and women around the world. She shows that women are vulnerable to violence during their entire lifetime, offering rich insight and first-hand experiences gained from her extensive travel.

Scars Across Humanity was awarded the Christianity Today 2019 book of the year on politics and public life.

Interested in hearing from the author herself? Listen to our bookclub conversation with Dr. Elaine Storkey through our podcast.

We'd love to hear more about your book club! Let us know if you are using this guide — we'd love to pray for your meetings!