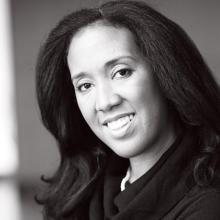 Andra Gillespie, associate professor of political science, specializes in political mobilization and race, as well as competition between minority groups. Her current research focuses on the political leadership of the post-civil rights generation. Gillespie's experience as a pollster and consultant has helped shape her research into what works — and what doesn't — in minority politics today as new leadership emerges.

She recently completed her forthcoming book, Race and the Obama Administration (Manchester University Press, 2019), which analyzes Barack Obama's performance on substantive and symbolic issues of importance to African Americans and compares his performance on racial issues to other recent presidents. She also was the editor of Whose Black Politics? Cases in Post-Racial Black Leadership (Routledge, 2009). The book features case studies of prominent Black elected officials largely born after 1960 and asks whether the advent of a new generation of Black political leadership will actually lead to substantive political changes in the Black community.

Political science professor Andra Gillespie sits down with us to talk about the gospel, our current political climate, and our biblical obligation to engage with our world.