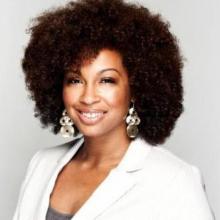 Amey Victoria Adkins-Jones is Assistant Professor of Theology and African and African Diaspora Studies Program at Boston College in Chestnut Hill, Massachusetts. Her scholarship specializes in Mariology and black feminist thought. A graduate of the University of Virginia (BA) and Duke Divinity School (MDiv), Amey Victoria received her PhD in Religion from Duke University in 2016 with a Certificate in Feminist Theory. She is the first African-American woman to earn a doctorate from the school in the field of theology and ethics.

Dr. Adkins-Jones is currently finishing her first book tentatively titled (M)other of God: Race and the Christian Tradition of Trafficking Sex, which ties Christian narratives of colonialism, whiteness, rape and virginity to the rise of the global sex trade. She is also at work on a second book project titled See No Evil: Iconic Resistance and a Theology of Black Being. In this work, she considers how technology operates as a false lens of seeing race, subsequently promulgating injustice, denying human dignity, and exalting Black Death.

A Baptist minister, Dr. Adkins-Jones brings a pastoral sensibility to her work and teaching around issues of identity and justice, reinforcing her commitment to the liberation of all people. She is a trained iconographer, and her professional background in graphic design and UX copywriting greatly influence her work. She is married to the Rev. Timothy Levi Adkins-Jones, and is inspired daily by their three children— Sofia, Ezekiel, and Isabella.