In Focus
By Andrea E.

A Biblical Defense of Curiosity 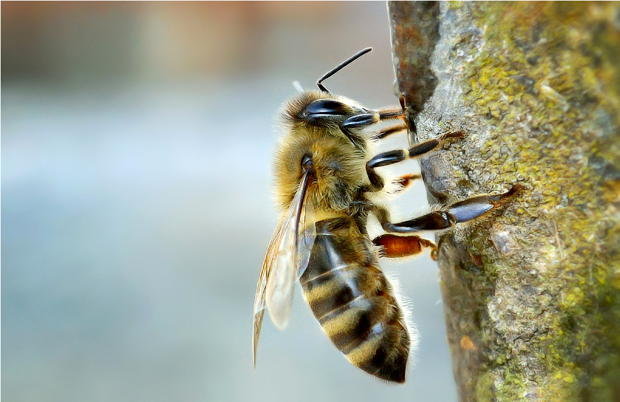 Note from the author: As a product of the evangelical tradition of faith, I was taught the value of evangelism-focused work and of service-oriented careers. I did not, however, have a theology for secular vocations of the mind. As I sensed a pull towards academia, I wondered if it wasn’t selfish of me to take an aptitude for science (which could have fueled a medical career and medical service trips in developing countries) and instead indulge in a life of studying. As I read and studied Scripture further, I concluded it was not; and further, that not all work needs to be immediately beneficial to humanity in order to be valuable. In case there are other students struggling with the worth of an academic vocation or curiosity-based (sometimes called “basic”) research, I hope this theology of curiosity-based research will be useful to them.

The first task of mankind, created in God’s image, was to name the animals. This process — observation and categorization — is one of the core scientific tasks, even today, with scientists regularly discovering and naming new species of animals, insects, and bacteria. There is no immediate benefit to observation and categorization; it does not cure illness, solve poverty, or redeem souls. Yet, in an environment with constant access to God, the first task he assigned humans was to study the world around them. This suggests that the task of understanding our world is not a distraction, but an important part of our humanity.

Indeed, Scripture hints that not only is observation and categorization a human trait, but also perhaps a divine one, a way that God relates to his creation. Isaiah 40:12 depicts God using the language of science:

“Who has measured the waters in the hollow of his hand
And marked off the heavens with a span,
Enclosed the dust of the earth in a measure
And weighed the mountains in scales
and the hills in a balance?” (ESV)

The implied answer is “God.” We see him metaphorically measuring the volume of the seas, the breadth of the heavens, and weight of the earth, like a scientist weighing, measuring, and recording a sample. While we know the Creator already knows these things, that he would choose this metaphor to describe himself suggests that to seek to understand the world of the Creator is to live out a part of our Imago Dei. We discover what God already knows; we create new systems of thought based on the systems of the natural world. We seek to understand imperfectly what God understands perfectly, as children imitate their parents to learn to the tasks of adulthood.

Proverbs also touches on the value of study and discovery, describing it as follows: “It is the glory of God to conceal things, but the glory of kings is to search things out” (Proverbs 25:2, ESV). Here, God is depicted as creating a universe of mysteries, while trying to unravel them is a kingly honor. For me, this verse was the first which suggested to me that understanding the work of God’s hands was a worthy pursuit, apart from the applications which might come after.

Scripture frequently depicts humans as reflecting on nature in order to turn to God in worship. The ancient Scripture writers didn’t have the ability to see into a cell, or read the strands of DNA, but understanding the works of the Creator’s hand via laboratory research teaches as much about his mind as a hike into the western mountains or viewing the beauty of a dazzling sunset. The writer of Psalm 19 saw that the “Heavens declare the glory of God, and the sky above proclaims his handiwork” (Psalm 19:1, ESV). The writer of Job heard God answer the problem of evil by pointing to the magnificence of his creatures to illustrate the vastness of God’s power and plans compared to human understanding (Job 38-41).

As a microbiologist, realizing that we don’t fully understand even the simple bacteria I study gives me peace with not fully understanding the mysteries of Scripture and an infinite God. I still strive to understand, but I know that I do not need to understand fully in order to have confidence in God. Seeing the magnificent intricacy of the biochemical pathways within Salmonella, with feedback pathways looping backwards and forwards to perfectly regulate its responses, I marvel at the creativity and cleverness of the Creator’s designs unrolling and evolving in this small, perfectly-designed creature.

Finally, while not every lab experiment leads me to worship, to use the mind he has given me to understand his world brings to mind the words of Olympic runner Eric Liddell: “When I run, I feel his pleasure.” When I research, teasing out the secrets of foodborne bacteria, I feel God’s pleasure, the joy in following the threads of his mind running through creation. I feel a share in his satisfaction, the “very good” of the original creation dimly reflected in its broken, yet beautiful descendant.

As Christians, we can support and engage in curiosity-based research because it is part of our innate human nature, our imago Dei, and because it leads to worship. Even if our research does not result in medical cures or ingenious inventions, we can be confident it is valuable because it enables us to understand a little better the beauty and glory of the mind of God, and because he is a God who calls us to know him.

Professor Deborah Haarsma shares some of her favorite astronomy photos and considers what they reveal to her as a Christian.

My advisor treats me and my work with contempt and scorn. What can I do?

Climatologist Katharine Hayhoe describes how she came to work in the field of climate change, the critical nature of her work, and her experience as a woman in science.

WAP Director Karen Guzmán talks with mathematician Natasha Dobrinen about her journey into higher math and the way her faith informs her work in the first segment of a two-part interview.