In Focus
By Sabrina Chan 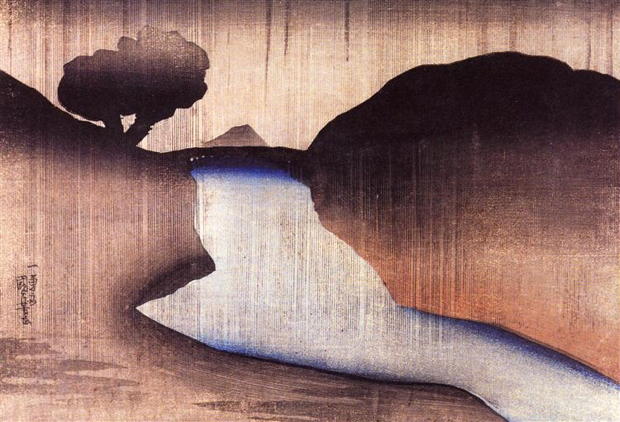 May is Asian/Pacific American Heritage Month and an opportunity to hear stories from the Asian and Pacific Islander diaspora in the United States. Asian Americans include peoples who trace their origin to East Asia, South East Asia and South Asia. Pacific Islanders are peoples whose roots are from the major sub-regions of Oceania — Micronesia, Melanesia, and Polynesia.

I’m always excited to take time to both celebrate and learn more of our communities’ stories. Growing up in Richmond, Virginia in the 1980s meant that the history I learned about our country didn’t include any mentions of the AAPI community. It was only during college and after that I was able to learn about the contributions of AAPI people in American history.

Even my family’s stories weren’t accessible for me due to language and distance. It wasn’t until a sabbatical trip to Hong Kong in my thirties that I learned that my father wasn’t the first in my family to come to the States. My aunt shared that my great-great-grandfather left his village in southern China to work in the orchards of California. He returned to his village in the 1870s or 1880s and remained there due to anti-Chinese racism and the Chinese Exclusion Act of 1882.

In addition to learning through many documentaries available during APAHM, I’m most excited to help my family learn more of our own stories. During that sabbatical trip, I was able to hear and audio-record some of our stories. This year, as I think about my kids and their generation, I’m setting up weekly Zoom calls with my parents to interview them about their upbringing and about their parents and grandparents. I’m excited to hear the story in their words, and I’m especially excited for my 8- and 11-year-old nieces to hear and ask questions. While my kids are too young to participate, we plan to record these calls so that we have them as a starting point in the future.

I’m especially drawn to the stories of my grandmothers and other female relatives — stories that definitely aren’t told in the history books. One of the reasons I pursued graduate school while working in ministry was a sense of stewardship. My paternal grandmother had no access to education and never learned to read or write. But she led her family to flee Communist China to Hong Kong, and brought up four children on her own. Musical artist Vienna Teng says it well in Grandmother’s Song: “And what we could've been time will never tell // 'cause we never had your chances // advantages that you've been handed //  Take it from your grandmother I've been 'round.”

Finally, stories of AAPI women of Christian faith are to be treasured even more. I’m excited for the ways that the internet and especially social media are making it possible for more of our stories to be told. But it’s been a long time coming.

This year, APAHM is even more significant because of COVID-19’s terrible impact on Pacific Islanders and today’s increase in anti-Asian racism. Pacific Islanders are dying at a much higher rate than other groups and are the most affected group in California and in Oregon.  Access to health care plays a significant role as well as the percentage of essential workers.

Also, because of COVID-19’s initial spread in China and racial profiling here in the States, there have been over 1500 incidents of racial profiling and harassment reported in just the last month. (Learn more at stopaapihate.com.) AAPI people have reported being physically assaulted, spit on, verbally harassed, and being barred from businesses. Because of being labeled “perpetual foreigners,” AAPIs are seen as outsiders no matter how long they or their families have lived in the United States. For the South Asian and Middle Eastern communities, this was especially evident after 9/11 as they faced harassment.

As a Christian, I believe God invites us to listen well to each other’s stories as an act of love. In so doing, we honor the cultures and peoples and understand more deeply the imago dei of humanity. I’m always moved by the accounts of Jesus’s interactions with people that brought honor and love through his attention to them.

I’m excited for Women in the Academy and Professions to be highlighting some stories from the diversity of the AAPI community and look forward to celebrating and learning alongside each of you.

If you'd like to learn more about resisting anti-Asian racism, you can find helpful information at InterVarsity's Online Asian Resource Page.

Sabrina Chan serves as the National Director of InterVarsity’s Asian American Ministries. She grew up as a second generation Cantonese American in Richmond, Virginia and worked as a computer network engineer for a few years after graduating from Rice University. In her 20 years on staff, she has volunteered at Rice, staffed at UT Austin, and served as a ministry director in Texas and the San Francisco Bay Area. She is passionate about seeing Asian Americans transformed by Christ as they grow in ethnic identity, evangelism, racial justice, and stewarding their lives for God's kingdom.

Sabrina earned her MA in Theology at Fuller Theological Seminary and was ordained in 2009. She lives in Durham, North Carolina with her husband Kevin and two young kids. She loves bike commuting, drinking tea, and hiking in the woods — all three whether alone or with family and friends.