In Focus
By Christine Jeske and Andrea E.

Commuter Spouses in the Church 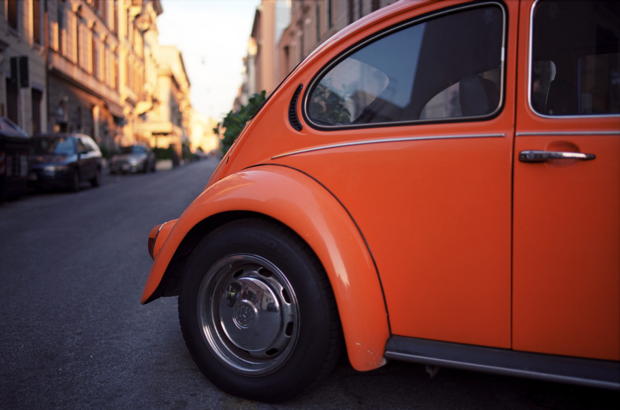 What do you do when your job and your spouse are in different locations? Recently, a book came out analyzing the surge in commuter marriages in the US. While the academy is certainly not the only field with a two-body problem, its problem is especially acute because of the limited number of jobs available. Meanwhile, much of the evangelical church emphasizes the importance of the nuclear home, the family, and prioritizing your marriage above all else. So how are married Christian academics supposed to reconcile their callings to academia and to marriage when finding academic jobs in the same location isn’t always an option?

We, the authors, have had different experiences in how we’ve approached this, but we’ve followed similar principles.

A few months ago, I moved from Seattle, Washington — where my husband and I spent our first year and a half of married life — to New England to begin a faculty job. My husband stayed in Seattle for a few weeks to finish up work projects before starting pre-deployment training as a Navy reservist. He’ll be back by the end of the year, and when he gets back, we hope he can move to a remote position at his company, but we don’t know. We may be looking at more months of the commuter spouse life. At some point in the next year or so, we’d like to be living together again at least 50% of the time.

Commuter marriage is not normal in my family. My parents scarcely ever spent a night apart — though due to work schedules, they sometimes spent very little of any night together. It’s uncommon in most of the churches I’ve gone to — even the evangelists and missionaries tried as much as possible to travel together. I’ve consistently heard the teaching that physical co-location fosters unity, closeness, and relational strength, while separation leads to distance, loneliness, and affairs. Consequently, as my husband and I have begun the commuter spouse life, we’ve gotten some pushback from my family. Siblings wonder if we can really deeply love each other if we’re willing to be apart. When we wrestled with whether we should uproot our lives so I could take my current job, my older sister told me I was putting my career ahead of my marriage and warned of potentially dire consequences. My parents hesitated over how much to support our decision.

The critics of commuter marriage aren’t entirely wrong. Living the commuter spouse life is hard. I married my husband because I wanted to live life with him. Being apart feels wrong. But is it all bad?

No. While I miss my husband’s arms around me at night pulling all the tension and stress out of my body, while I miss seeing his smile and living life together, being apart forges a different type of intimacy. We’ve learned to talk deeply about life while on the phone. We have to plan time together, because we can’t assume it’ll happen while we’re reading in the evening. We have to intentionally choose to share the highs and lows, because we can’t read each other’s faces and guess. We recently read through The Emotionally Healthy Church, and explored the ways we approach emotions differently, both healthily and unhealthily. I am trying to learn to ask better questions instead of assuming what my husband is thinking.

Commuter marriage is possible for us because we both recognize each other’s callings and giftings. We believe that one way of loving and honoring your spouse can be to sacrifice physical co-location for a time in the service of their calling. My husband views supporting my calling as part of his biblical call to love me as his wife and give himself up for me. Equally, I honor his calling as a military reservist and support him. We are partners together in our unique callings, prayerfully trying to weave them into a unified whole.

After living in four different countries over ten years, my husband, two kids, and I moved back to our home state of Wisconsin. He got a job at the National Service Center of InterVarsity, and I started a PhD program in cultural anthropology at the University of Wisconsin-Madison. I then landed a job at Wheaton College, a two hour and fifteen minute drive away. For four years, I’ve been splitting time across two cities: driving to Wheaton on Tuesday before an 8:30 class, staying Tuesday and Wednesday nights with friends there, and driving home by dinner time on Thursday. Somewhat to everybody’s surprise, it works.

One big reason it works is that my husband and I both went into this open-handed. I was ready to drop the job at Wheaton in the first year if it sent our family into a frenzied mess. There are probably fewer cultural anthropology tenure-track job openings with my qualifications per year than astronaut jobs, so finding a job at all was a gift, and one that didn’t require moving felt beyond fortunate. In addition, I have been gifted with a department that prioritizes family time, and they have generously helped fit my classes within a three-day range. My husband and I receive all this with surprise and gratitude, knowing that God has his hands in it.

It also works because my husband has always been my biggest fan, and I his. We care about each other’s work and see it as ministry and vocation. I would never have the fortitude to keep this up if he were the least bit begrudging or viewed this as “letting me do my thing.” My kids have also followed that lead and cheer me on. Because I love my job, I come home energized with stories of my work, which I see as an important part of parenting, too.

I really believe that commuting has pushed me to be a better wife, mom, and professor. I’ve learned to see my driving time as a gift. I get over two hours of uninterrupted silence, music, prayer, or audio learning time twice a week at key moments — right before and after my classes. Those times are invaluable for decompressing, processing life, and sparking teaching and research ideas.

Working two hours away from my family also gives us firm boundaries. My department knows that I will help out on absolutely anything while I’m in Wheaton, so I teach night classes and go to a lot of evening events. But on the days I’m in Madison, I can prioritize class planning, research, and evening time with family. Compared to grad school (when I was a 30-minute bike ride from campus), I feel far less agony when deciding whether events on campus are worth time away from family. I have a clear “home or gone” situation, and my family and my department know what to expect.

As far as being married and being gone from each other physically, I appreciate some advice I heard from a friend when I started this job, which was to check in with your spouse regularly about whether we’re meeting each other’s needs. We’ve become more intentional about having long conversations and date nights while I’m home. These were things we’d talked about doing for a long time, but getting locked into a commuting schedule pushed us to make them happen. We’ve all shifted to being more intentional about appreciating each other when I’m home.

I won’t sugarcoat the fact that sometimes I do wish we had more time at home together and fewer days when we’re scrambling to figure out how to get to kids’ events or find time to talk. My husband travels a fair amount for work, too, and at times our schedules approach total chaos. We each make sacrifices, like going to fewer conferences than we would if I were home all week, but any marriage requires sacrifices.

I also bump into gendered expectations about which spouse “normally” works away from home. I get occasional questions about how my husband manages without me, to which I can say my kids are fortunate to have a great role-model dad who cares about their schoolwork and emotional lives, and who capably takes the lead on parenting tasks that many women do by default. As a commuting woman, I hear occasional shaming comments for not being a good mom (rarely, but it does happen), as well as the occasional high-fives for breaking gender boundaries and going off to “do my thing.” I don’t want to be either of those — I see this as a decision we made as a family that is meant to be in the best interest of all of us.

So, is a commuter marriage biblical?

Ultimately, marriage models for Christians aren’t about what feels good or seems good. As followers of Christ, we hope our marriages are based on Scripture. So what does Scripture have to say about whether it’s acceptable to have a commuter marriage?

The Bible doesn’t give us any easy right-or-wrong take on commuter marriages. David and other soldiers left their wives behind for certain work, apparently with honorable intentions (2 Samuel 11:11), but sometimes with disastrous results (2 Sam. 16:21-22).The Proverbs 31 woman gathers her wares from far-off lands, but we don’t know if that means she travels to get them, or buys them off caravans passing through. The apostles’ marriages are barely discussed. Peter’s wife may or may not have traveled with him when he went on ministry journeys. A number of married women followed Jesus in his ministry, but the Gospels don’t specify whether their husbands came along, too. Instead, we have principles — principles that call us to love our spouses, to respect our spouses, and as fellow-believers to encourage them and challenge them in the faith.

These principles lead us to believe that the decision to embark on a commuter marriage should be made with great thought and prayer. It is a challenging endeavor and a sacrifice, but more importantly, it is a large decision which should be made with the full agreement of both spouses and a humble open-handedness before God.

Read on for more articles at The Well on the topic of commuting.
Tags:
relationships | calling & vocation | commuting

In Focus
By Bronwyn Lea
Meeting the One: An Unexpected Lesson in Dating Chemistry

Bronwyn Lea tells of the change of heart she underwent after being royally unimpressed with the man who would become her husband.

Bronwyn Lea offers her personal and practical advice on how to support your spouse during the grad school experience.