Facing Our Mortality: Life and Death in the Midst of the Pandemic 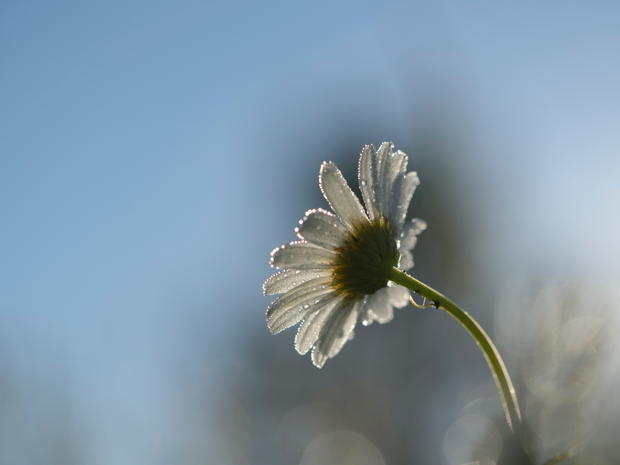 Before the age of Covid-19, death was sanitized for most people in the West.  We saw a dead body occasionally — nicely dressed up, in pleasant funeral homes with soothing music in the background, out of sight from our everyday living. Death didn’t invade our homes and imaginations. We’ve tried hard to minimize the fact that death is traumatic.

But now, seeing death on a mass scale with no immediate respite shakes us to the core. Instead of the occasional dressed up version, we see it all the time — and it looks ugly. Did we imagine that in New York City we would see refrigerator trucks waiting to receive and store human bodies — not from a one-off tragedy but from an unrelenting continuous assault? As the financial hub of the world is on its knees, and the spread continues across the United States and around the globe, we experience living in a nightmare from which we aren’t sure when we will wake up. Now we share the experience of living nightmares that poorer countries are familiar with, whose normal lives are routinely upended by wars, natural disasters, and the self-interested economic and political decisions of the powerful.

Now those of us in affluent countries — believers in the limitless possibilities and power of our technology and medicine, unused to large-scale and ongoing national crises — are confronted with our own powerlessness as we face the immediacy of death and our own mortality. Living like we will never die is no longer an option. We are thinking about the purpose and meaning of life — conscious that we are vulnerable to sudden illness and death.

We are experiencing the loss of agency, of being in the driver’s seat and in control of our lives. The illusion now shattered, we are compelled to face the uncomfortable fact that our lives and the lives of those we love are fragile. So we struggle with existential angst at our core.

Even as the coronavirus rages this week, Christians prepare to remember the death of Jesus on Good Friday and to celebrate his subsequent resurrection on Easter. Jesus was not unaffected by the indignity of death.

About a week before his crucifixion, Jesus visits the tomb of his recently deceased friend Lazarus with the intention of raising him from the dead. When he sees the grief of the family, we are told that he is disturbed and his spirit is moved (the original Greek giving the sense that he snorted), affronted at the presence of death and its power over human life. Jesus is angry at the despair and havoc that death causes in our lives. Jesus wept at their sadness.

But that’s not all. As Martha, the sister of the dead man, and Jesus converse, she throws her pain, hurt, and accusation at him for not coming early enough to prevent his death, but also hopes that he will still do something.  And to this woman Jesus speaks the immortal words, “I am the resurrection and the life. Those who believe in me, even though they die, will live, and everyone who lives and believes in me will never die. Do you believe this?” (John 11:25-26)

(Amazingly, this conversation with a woman friend is the only time that Jesus makes one of his “I am” self-revelations of deity in a one-on-one conversation. The other six similar claims are made to crowds or small groups.)

Jesus goes on to demonstrate his power over death by raising Lazarus from the dead — though of course this is a temporary reprieve. Lazarus, like all of us, will die and see physical decay one day. Through this encounter, Jesus shows himself as the giver of life, the one who raises the dead to new bodies that will not see death again.

After resurrecting Lazarus, Jesus goes on to die himself. Jesus’ death shows us how God embraces the suffering in this world. The horror of Good Friday is about Jesus taking on the evil of this world, battling suffering at its worst in undergoing physical death and spiritual abandonment. Although Jesus had power over death, he subjected himself to it — despite the taunts of the spectators to come off the cross, an attractive temptation to one who could spectacularly come off the cross, if he so chose. But he chooses to face evil head on, so that we may only experience the shadow of death and not its full force. The righteous dying for the unrighteous, that we may be saved.

Jesus’s death on our behalf is vindicated as he is raised to life on Easter. Overcoming death is an experience unique to Jesus. If Jesus didn’t rise again from the dead, Christianity crumbles. Our faith stands or falls on the truth of Jesus’ bodily resurrection. “If Christ has not been raised, our preaching is useless and so is your faith (I Corinthians 15:14).” “If only for this life we have hope in Christ, we are of all people most to be pitied (1 Corinthians 15:19)”.

As our lives are slowed down and we are re-figuring our priorities, I've been thinking about how to have these important conversations. I invite us to think about the direction that our lives are headed: Is God significant in your life, or are you the captain of your ship? Are we willing to explore truth to wherever it may lead us? Recognizing the inevitability  of our own death is key to living life with purpose. We can only live well when we have confronted our own mortality, and Covid-19 has brought that mortality to the forefront of our reality. Jesus’s question to Martha is his question to each of us: “I am the resurrection and the life….Do you believe this?”

When we see death all around us, and when in the face of death we question our purpose, we are met with a God who not only weeps over the death of his friend, but enters into death himself and triumphs over it, offering us companionship in our pain and hope beyond the grave.

Reflections
By Erin Thomason
Notes from the Pandemic: Viral Humility

Erin Thomason describes her experience living through the Covid-19 crisis in China before moving to California for a second round of social-distancing.