In Focus
By Christena Cleveland

Female Fight Club: Why we should put down our gloves 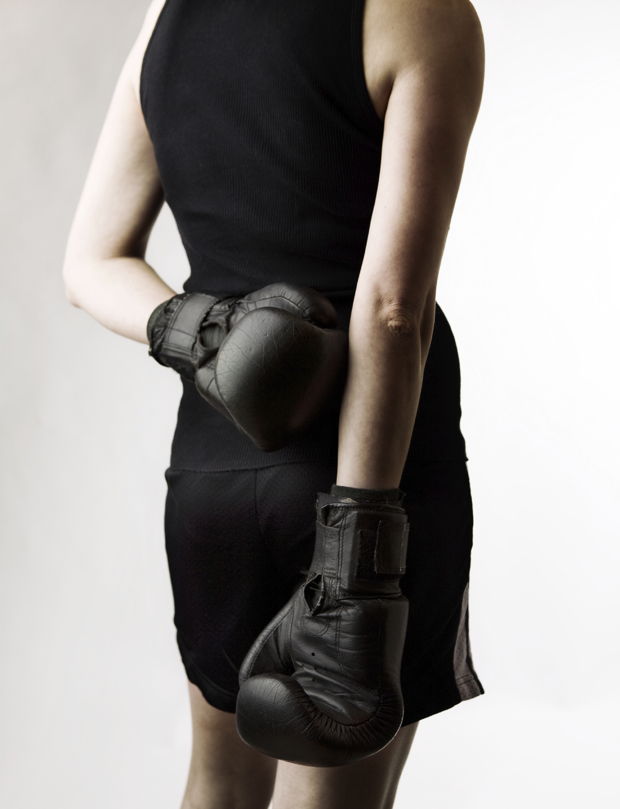 Last month, I preached on the topic of singleness at my church. During a post-sermon Q&A session, I was asked a rather strange and baiting question that solicited my opinion on egalitarian and complementarian marital relationships. Clearly, the questioner wanted me to extol one approach and bash the other (and in all honesty, I could have easily done that). However, rather than choosing sides, I briefly articulated the merits of each approach and suggested that each can potentially bring glory to God. Not surprisingly, as soon as the service concluded, I was verbally accosted by people from both camps who believed that their perspective should have been championed and that the other perspective is ungodly, disrespectful and just plain wrong. I quickly realized that none of these people were interested in engaging in healthy and loving discourse on this topic.

What happened at my church is not unique. In my diversity work with churches, I find that most Christians agree that we should unite across ethnic, linguistic, and socio-economic lines. However, as soon as unity requires that we re-consider how we think about faith or how we express faith, we stall. Further, if we’re not careful, the mere existence of cultural and/or ideological differences can provoke hostility towards the other group. Armed with the belief that our perspective is entirely right, we easily come up with reasons why other perspectives aren’t valuable and why dissenting voices should be extinguished.

This problem is exacerbated by the fact that while the body of Christ experiences significant intergender (man vs. woman) division, it is also plagued by intragender, e.g., woman vs. woman division. In addition to the egalitarian-complementarian divide, Christian women erect divisions between stay-at-home moms and working moms, feminists and traditionalists, married women who take their husband’s last name and married women who don’t, single and married women, urban and suburban women, black and white women, mothers and non-mothers, and young and old women, to name just a few.

In theory, we support the vision of a diverse, integrated, and interdependent body of Christ, but we rarely engage in meaningful interactions with women who are very different from us. Instead, we tend to ignore these women — or worse, focus on the things that differentiate us from those women, underestimate the richness and value that those women bring to the Kingdom of God, and foster negative attitudes about those women. If we interact with those women at all, we usually do so at a distance and with at least a hint of suspicion. Indeed, these intragender divisions invade even the lives of women who are otherwise conscious of and working toward race, gender, and class unity in the Church and beyond. If we are a body, then we are one that is afflicted with an autoimmune disease.

Why do these intragender divisions exist and persist? One reason is because we think that homogeneity is harmless. We naturally gravitate toward people who are like us. Similarity is one of the most important predictors of liking because we like people who can affirm our worldviews, understand our jokes, and share our experiences. As a single, urban, professional, ministry-oriented woman of color, I simply like other women who share these characteristics. My interactions with them are easier because we speak the same “language,” roll our eyes at the same things, and can easily rejoice and commiserate with each other. And spending time with women who are a lot like me isn’t necessarily a bad thing. In fact, in many ways, it can provide a much needed drink of cold water in an otherwise desert-like world. Further, my desire to spend the vast majority of my time with women who are like me is not consciously motivated by a prejudice against other types of woman. So what’s so bad about my homogenous social and spiritual world?

Unfortunately, there are many negative unintended side effects to homogeneity. For example, social psychological research shows that when we succumb to homogeneity, we often end up drawing strong lines between us and them. Further, our lines often evolve into value judgments (i.e., we are right and they are wrong) and our perceptions of them are often inaccurate and tainted by negativity. These perceptions lead us to devalue women from other groups simply because they are different and serve to widen the divide. Additionally, our inaccurate perceptions often go unchallenged because we spend most of our time with similar others who share our views.

By the time I reached my late twenties, I’d lost touch with my Sisters who married young and are now stay-at-home suburban moms to multiple children. Our life paths diverged years ago when I discovered that maintaining a friendship with women with vastly different schedules, locations, responsibilities, and perspectives requires a fair amount of logistical gymnastics. As a result, I naturally fell into a social and spiritual world that was almost devoid of meaningful interactions with stay-at-home moms. Predictably, the simple separation resulted in inaccurate perceptions that robbed me of a desire to form rich friendships with this group of women. My lack of desire for friendships with stay-at-home moms was spurred on by my own difficulties in carving a path for myself in the Christian world. I often observed that the Christian world validated more traditional female roles and I was threatened by what I perceived to be a lack of support or understanding of my non-traditional path. For this reason, I incorrectly identified stay-at-home moms (who in my mind embodied the narrow Christian female ideal that threatened my worldview and way of life) as willful contributors to my misery. Consequently, I had no problem avoiding them and even devaluing them.

Upon realizing my own contribution to this intragender division, I repented for my prejudice and joined a weekly “mom Bible study” at my church at which I opined little and listened much. Over time, I discovered that many stay-at-home moms actually feel threatened by the likes of me and that we had mutually labeled each other the enemy while losing sight of the fact that we have a very real, very cunning enemy who would love for us to devalue and antagonize each other. I was also reminded that I don’t know everything and that stay-at-home moms have a perspective that I desperately need.

The simple and seemingly harmless act of spending most of our time with women who are essentially just like us results in sinister consequences that prevent us from seeking to understand and form bonds with our diverse Sisters. I believe that the metaphor of the body of Christ, which preaches mutual interdependence, was designed to rescue us from homogeneity. When we stick to people who are just like us, we will fail to appreciate the rich diversity of the body of Christ. When we engage with different others on a regular basis, we will begin to see our Sisters in all of their diverse glory.

Where have you experienced this intragender divide? What do you think can be done to overcome it?

Blog
By Tish Harrison Warren
Getting off the Porch: Rachel Held Evans and Millenials Leaving the Church

As an old millenial or a young Gen Xer and as someone who ministers among graduate students who are mostly millenials, I have read with interest Rachel Held Evans’ “Why millenials are leaving the church,” and the widespread discussion . . .