In Focus
By Jamie Noyd

The Brontë parsonage in Haworth, England, was in my rearview mirror one clear, June morning as I traveled 45 miles northwest to the small village of Cowan Bridge. I was spending time in the central part of England to explore places associated with Charlotte Brontë as part of my doctoral research on literary pilgrimage. Specifically, I wondered if visiting these sites would yield a new understanding of the novel Jane Eyre. That morning I found myself frustrated. In the midst of one of the most popular literary sites in the country, I had not gained any new insights. So I decided to leave and head to a much less visited place where Brontë and her sisters had attended school for a short time. 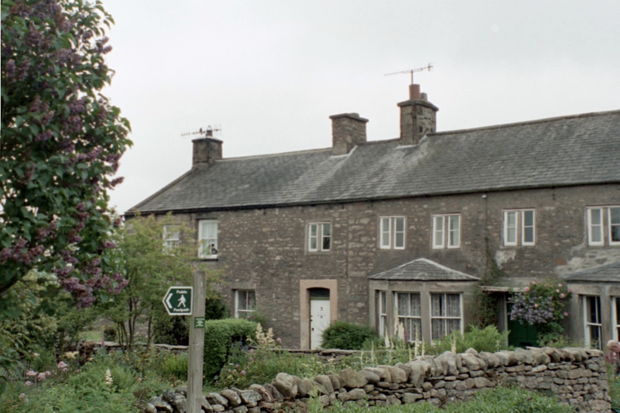 After an hour’s drive, I arrived and parked in a gravel lot, changed into walking shoes, and slung a daypack over my shoulder. Determined to find the insights that had eluded me at the parsonage, I set out. The sides of the gravel road were lined with hedges and dry stone fences — walls that students at the school would have passed on their weekly walks to church. Queen Anne’s lace and yellow and purple wildflowers colored the walkway. I took time to climb the fences, watch the sheep, and run my hand along the hedges. No longer at a familiar literary site, I was walking into a relatively unstoried place.

The morning’s trek progressed smoothly; I reached the church after two hours of walking through empty fields. Since it was the model for the church Brontë describes in Jane Eyre, I was eager to enter and explore. I walked to the front steps, but as I pulled on the curved, metal handle, I realized the doors were locked. There was no one around, either, to provide entry. Disappointed once again, I left having still not gained any new understanding.

My return trek did not go so smoothly. Focused on returning to the car, I looked hastily at my guidebook and followed a footbridge over a creek. Climbing a wooden gate and gazing across the fields, I did not see a second gate leading to a wooded path that I had expected based on the book’s description. There was only a series of fields. With horses staring, I hesitantly climbed down to retrace my steps. Had I had taken a wrong turn at the bridge or several steps before? Slowing down, I walked the circumference of the previous pasture — trying this time to pay more attention to my immediate surroundings. 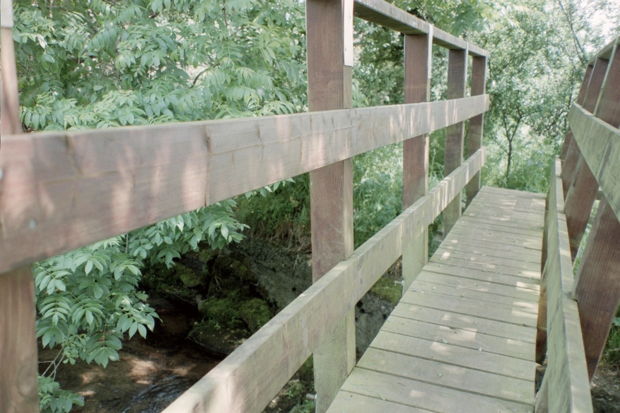 Soon I found another, overlooked wooden bridge and realized this was the right bridge, not the one I had originally taken. While looking for the path that would take me back to town, I had needed to stay in the place between known and unknown structures to see what was actually in front of me — the correct bridge. When I looked too far ahead across the fields, I missed small turns hidden among trees. When I looked behind, I was tempted to take the path over which I had come. Staying focused on my surroundings during the in-between time I was attuned to the walk and to the story, the novel. Unexpectedly, outside of my original research agenda, I found myself in the midst of a new pilgrimage.

On these journeys toward stories, a lot happens on the way to the intended goal. Pilgrims leave their homes, enter an unfamiliar and uncertain time and space, and return home transformed. The anthropologist Victor Turner related the pilgrim’s destination with the idea of the limen, or ‘threshold,’ “a place and moment ‘in and out of time’” (_Dramas, Fields, and Metaphors,_ 196-7). These liminal moments, where life is less settled, become opportunities for transformation. Yet, how does this play out in our own lives?

Following my walk through Cowan Bridge, I started to notice how in the novel, Jane’s departures occur during times of liminality. On my venture, I was unsure what story awaited beyond the next turn. One moment I was moving through wooded paths, and the next I was following the fence along an open field.

In a similar manner, Jane actively exists in-between, not holding onto the comfort of the stories that others create for her, but walking into unknown places that encourage her to compose her own story. For example, after learning on her wedding day that Rochester is already married, she spends the night alone, in quiet agony as she considers what to do. In the morning she exits through a side door of Thornfield, walks across the fields, and sees “a road I had never traveled, but often noticed, and wondered where it led: thither I bent my steps….Not one thought was to be given either to the past or the future” (320). She decides for the liminal, the in-between, not knowing what story awaits her.

It wasn’t long before I became aware of the role liminal moments play throughout other stories, especially the Bible. In Genesis, beginning with Adam and Eve, God sends people away from their original homes into unknown places, usually without any more instructions than to follow him. Then, in these unfamiliar surroundings, God initiates transformation as individuals become more open to listen and respond while existing in the time and space of liminality. 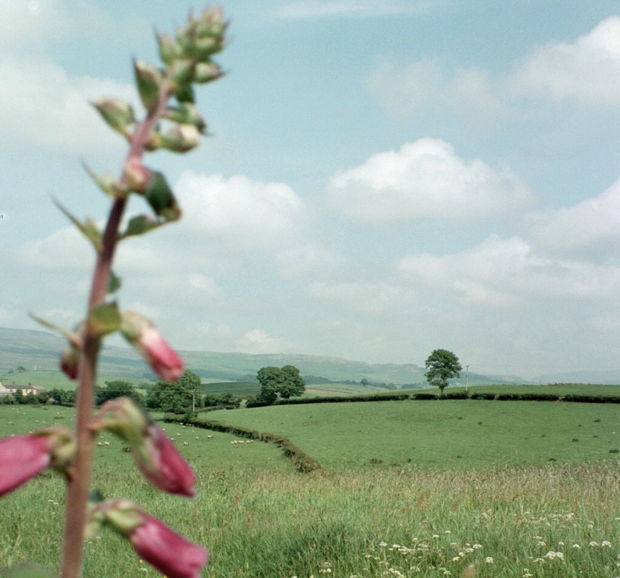 One of these unsuspecting pilgrims is Jacob. After he deceives Esau out of his birthright and then blessing, Jacob must leave home or risk death. This “quiet man” who preferred dwelling in tents to hunting had to leave the place where he felt secure (Genesis 25:27). Yet, as he wandered away from his known homeland, he met God in new and powerful ways. In a dream he saw angels ascending and descending on a ladder. Recognizing that God was in this place, he erected an altar. When he returned to this land, he met and wrestled with God.

Centuries later Ruth, a young woman from Moab, also found herself in unfamiliar territory. She left her homeland without husband or child to follow her mother-in-law to an unknown land and worship a foreign god (Ruth 1:16). In this place she did not know what lay ahead of her. Yet, she appeared to grasp God’s hesed — his lovingkindness and mercy — as she cared for Naomi and eventually played a key role in redeeming this family’s land and lineage.

These individuals, and so many more, saw their lives change as they lived in the liminal moments, not focusing on what they had left behind or what lay before them.

Later in God’s redemptive pilgrimage story, Jesus continues to invite others into these liminal spaces. For three years disciples left their jobs and followed Jesus. Even as Jesus taught them to let go of secure structures (Matt 8:18), not to put new wine in old wineskins (Matt. 9:16-18), to wait for the bridegroom without knowing the time of arrival (Matt. 8:25), and to watch and pray (Matt. 26:38), they were often unsettled about what was occurring. They desired the goal now — to build shelters (Matt. 17:4) or to confirm their place in heaven (Matt. 18:1). But Jesus continually tore their plans apart: no shelters, no politics. Instead they were gradually becoming attuned to seeing that next bridge hidden among the trees. They walked with Jesus as he engaged with people along the way and revealed to them a new vision of God’s kingdom.

Read through this lens we see fellow pilgrims on their journeys immersed in the now and not yet. Far from being a series of stories of people having arrived, the Bible shows how God uproots people from their settled lives so that they can more fully connect with him. We journey with them as their goals shift from resting in the ideal life to faithfully remaining with God.

In the realms of literary theory and theology, these are nice ideas, fun concepts to play with. Yet, in daily life I continue to be stuck in in-between times. How is it possible to practice this idea of liminality? Even as I ask this question, I realize that my current role as campus minister has put me yet again in a place where being in-between is essential. The power of the liminal especially strikes me as I welcome students who want to share their stories. Often they are sure God has laid out specific goals for them, but they have not successfully reached them. Unable to forgive themselves for taking what they perceive as mistaken paths, they are obsessed with working through ways to reach these goals. At first I am doing this with them, focused on helping them form new strategies. Then I stop and put myself back in the liminal moment. As I continue to listen, I encourage students, and myself, to rest not in the goals, but on the one who is with us, redeeming us in all moments of life.

Are there ways God is breaking into their lives even without having reached those goals? Where could they see a fullness of life now, not only in the future? Could the process of working to reach the goals, even if they are never achieved, be a valid part of life? These questions are rarely answered, but I believe put us in a better place.

So, today I will keep my eyes open for that bridge in the field or maybe the ladder in a dream. Looking for the next goal I end up looking to myself for security; resting in the unsettledness of life, I must cling to God.

Katherine Jeffrey sees a theological symmetry between the first and second Eve, but also the human side of both women's suffering.