In Focus
By Debra Sulai

By Grace and Faith: Resisting the Academic Meritocracy 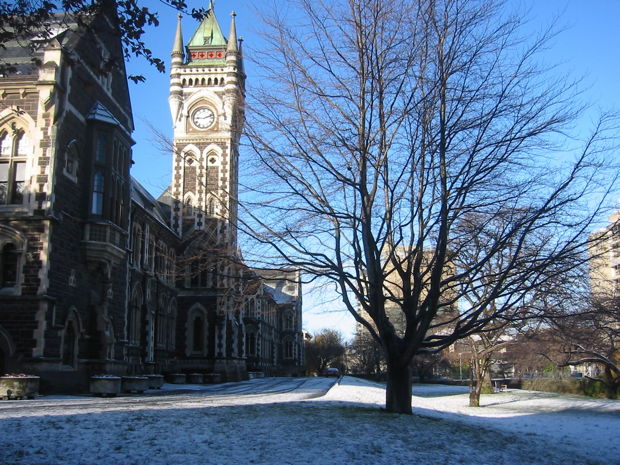 When I started my PhD, I felt well-prepared to navigate whatever challenges to faith might come my way. I had grown up in a highly secular part of the country, received prior two degrees from Christian institutions that engaged the world without fear, and worked amicably with politicians who considered the Moral Majority an impediment to sound policy (at best). Yet before I finished, I felt as though I was walking along the narrow ridge of a steep roof: on one side, faith; on the other side, its absence. It would take only a single step to fall one way or the other.

Reflecting on this, I came to believe that pursuing a career in the academy is a challenge to faith — but not, perhaps, for the reasons you might anticipate. As a Christian in the academy, you may face resistance, derision, or even outright opposition from professors and colleagues who are not sympathetic to your religious commitments, theologically-informed questions, or positions on social issues. In fact, given that university faculty view evangelical Christians the least favorably of any religious group, this is likely to happen at least a few times during the course of your scholarly career. You may also experience a lack of support from their Christian community, if it happens to be one that doesn't value higher education or “secular” research. You will almost certainly struggle with a lack of time for the things that nurture faith.

But none of these challenges are insurmountable: there are sympathetic faculty members, supportive churches, and well-publicized strategies to manage most aspects of graduate student life successfully. And since these issues create conflict, they are readily identifiable and therefore survivable. The challenge to faithful living that I have in mind is much more difficult to recognize, because it is built into the very structure of the academy — what we might call its “founding myth.”

The Founding Myth: Success Is Based Entirely on Merit

The myth goes something like this: in principle, the academy is open to all who are qualified. Entrance to and promotion within the academy are based upon an assumption of merit, beginning with the application process, which requires you to compete against all other applicants on grades, standardized test scores, and the significance of your proposed research. Your financial aid offer is likely pegged to your past performance as well. And in the main, this seems fair: hard work is rewarded, and with a good enough record, even graduates of less-prestigious schools can gain admission to top graduate programs.

Continued progress in academia then depends upon your ability to amass a record of scholarship that exceeds the majority of your peers. After securing admission, you must prove yourself worthy to join the company of scholars through your coursework, qualifying examinations, dissertation proposal, and defense. Along the way, you will compete for additional funding, for opportunities to present your research at conferences, and for the peer recognition necessary to make your CV stand out. Success in these areas can be exceptionally validating — it can confirm that you have what it takes, that you have earned the right to belong, that you deserve to be where you are.

But this sense of validation is also the seductiveness of the myth at work. Success in the academy requires you to assume the myth is true, while simultaneously confirming its central tenet: if you succeed, it is because you deserved it. If you do not succeed, it is because you fell short. Consequently, you have only yourself to blame if things do not go well, only your own effort as a bulwark against failure. You cannot assume otherwise; to think that success might come despite your documented deficits is to undermine what a scholar is supposed to be: an expert, one who has demonstrated a level of excellence that makes her work worthy of consideration by the great and the good. Moreover, examining the CVs of other scholars — let alone the mountains of advice on advancing in academia — will show that the path to a secure academic career is more and better work.

The Danger to Faithful Living

While the myth appears a reliable guide to the aspiring scholar, in Christ Plays in Ten Thousand Places, Eugene Peterson describes how the mindset it engenders can threaten Christian formation:

Most of us spend a lot of time at work. This means that our Christian identity is being formed much of the time under uncongenial if not downright hostile conditions — that is, conditions marked by the intolerance of mystery (information and know-how are required in the workplace), conditions in which a premium is put on our competence and being in control (incompetence and out-of-control behavior will get us dismissed in short order), and conditions in which personal relationships are subordinated and conformed to the nature of the work to be done (126).

These conditions, Peterson says, are ripe for breeding idolatry to things that promise us greater control over our lives and the world. How much more so in the academy, where mastery is prized above all else.

But this world of radical self-reliance is not the reality professed by faith. The biblical story tells us that all of life is gift; that our receipt of grace precedes any action on our part. What we do as followers of Christ — including our work — is always, only, and ever in response to grace, to the unmerited favor bestowed on us by a God whose love for us is beyond our capacity to imagine. Christianity says that not only do we not have to go it alone, we can’t possibly do so, nor should we. It flatly contradicts the academy’s founding myth of the direct relationship between success and individual merit. This is the true reason why the academic life poses a threat to the Christian life: their basic assumptions are incompatible.

Many forces conspire to create near-total devotion to the myth of the academy: fierce competition fueled by personal, intellectual, and financial insecurity; the nature of scholarship as a labor of love, rather than necessity; and the social expectation of absolute commitment to the work. Ideally, a Christian’s academic labor is an act of service to God; practically, it can be a graceless, thankless endeavor that undermines the very foundations of faith. The academy is a world where the path to success is narrow, the demands unrelenting, and the opportunities for failure many and varied. It often feels as though there is no margin for error or even for ordinary human finitude.

Given all this, can a sense of calling help to sustain faith in the academy? Perhaps, for some. A sense of being called to an academic vocation can keep one afloat when the odds seem impossible. It can lead one to look for God to open doors, stretch time, provide energy, and boost confidence in ways that seem supernatural. For some, a sense of calling may ease the burden of radical self-reliance, making it easier to maintain both faith and work. But for others, a strong sense of calling may only exacerbate the problem. When success seems far off — or there is no job at the end of the PhD rainbow — it can leave them feeling abandoned by God, questioning not only calling but faith: like the prophet of old, they may ask, “How could God have led me into the desert to die?” A sense of divine calling can also cause people to pursue an academic career for far longer than they should: when relationships, health, and finances have been strained to the breaking point.

How Then Shall We Live? A Few Modest Suggestions

If calling is not a secure bulwark against the onslaught of the faith-deadening myth of self-reliance and individual merit, what can help properly orient our living as Christian scholars? I have three modest suggestions.

And when you can, remember to pass on these ideas to others. Refuse to reinforce the myth. When you have the opportunity to advise someone on career matters, resist the urge to attribute your success entirely to your own efforts. As one of the longest-serving members of my former department told me, “If you ask most tenured professors and you press them beyond the rote response, most of them will admit that getting where they are was due more to a lucky break than to anything they knowingly did.” We Christians have a name for this kind of luck: we call it grace. Let grace be the final word.

Debra Sulai holds a Ph.D. in religious ethics from the University of Chicago Divinity School and a Master's degree in theology from Regent College (Canada). She has taught at several colleges and universities, most recently as Visiting Assistant Professor of Religious Studies at Siena College. Her research focuses on applied ethics and politics and she is a vocal advocate for a more just and humane academic labor system, particularly for contingent faculty. Debra currently lives in Madison, Wisconsin with her husband, who is also an academic.

In Focus
PhD or No PhD. That Is the Question.

An article from ESN on the question: should one pursue a PhD?

Dear Mentor: Have I missed my calling?

I believe God has given me intellectual gifts, but I have had a hard time settling into the right place to engage them.