Once upon a time, a missionary speaker admonished a group of gathered students, which included me, telling us that if we have any openness to going abroad as a missionary, we should go, because so many people are unwilling to go. While I think I took issue with that statement then, I definitely take issue with it now, since statements like that don’t exactly invite input from the Holy Spirit or reflect a good theology of calling and vocation.

Though I investigated every option from graduate degrees in international development to joining the Peace Corps, from missionary work to volunteering to pick French grapes, the way for me to begin the international part of my life didn’t open until my calling as a writer was firmly established. Thus, when I headed to Africa for four months in 2007 to cover writing projects for mission and humanitarian organizations, I literally went to ask questions, not to solve problems. 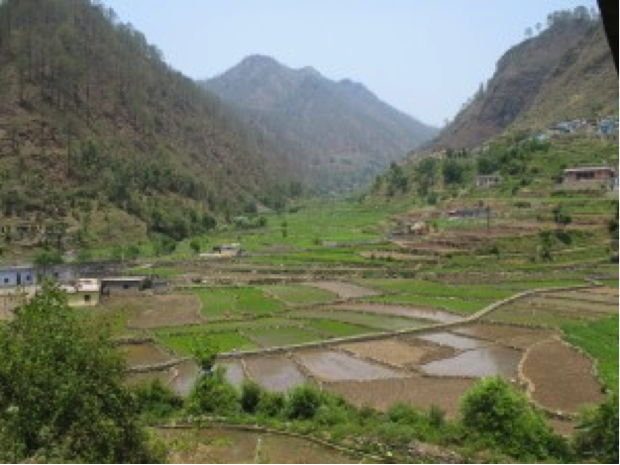 It was then that I fell in love with the way traveling as a writer allows me to ask questions that could normally be inappropriate to ask of new acquaintances and the way listening to their answers opens avenues for learning from people in other places.

Two years ago I came to India for the first time on a trip that happened to conclude an inaugural two-year period of extended travel abroad. That formative two years began with the seven countries in Africa and went on to include work for more NGOs (non-governmental organizations) during a month in Haiti, then three months of writing from London, before bringing me to India.

In India, though, I was traveling with a small team from my Nashville church, working with church workers in the Himalayas. I was on Indian soil for a scant six days, and I conducted nary an interview. And that’s partly why I’m so excited to be back in India this summer for nearly four weeks, writer pen in hand.

Yet, two years ago as we hiked mountain paths and visited villages with our Indian guides, I was exposed to something I hadn’t quite encountered previously: a culture whose normative civic structures are antithetical enough to Christianity that to choose to be a Christian means stepping outside those structures. My respect for Indian converts increased significantly in those six days as I gained cursory understanding of how radical it is here to choose Christ.

Our time in villages also gave me a deepened appreciation for the gospel. It was profound to meet people who had either never heard of Jesus Christ at all or had heard His name without any accompanying knowledge of who He is. They haven’t exactly chosen against the gospel so much as they’ve never heard it, even in our information saturated age.

My conviction that believers in the West need believers in the developing world also increased during that first Indian visit. We need to know and hear from each other. While most people readily accept that our Indian brothers and sisters need Westerners for our help and training, it’s equally true, but less often acknowledged, that we need them for their faith, for their courage, for the ways they experience God’s power when things like undeveloped economies and infrastructures mean they come to the end of their own power sooner than we do.

Now after a two-year hiatus from international travel, I return to India eager to explore questions that were touched off by my first visit. This time I am being hosted by friends in one of India’s southern cities instead of its northern, rural villages. Among the questions on my mind as I settle in here is whether the choice for Christ is as radical in India’s cities as it is in the country and as radical in southern India as it is in the north. I am also eager to explore further how the gospel is worked out in this culture, to learn how that will help me and others understand the gospel anew back home. 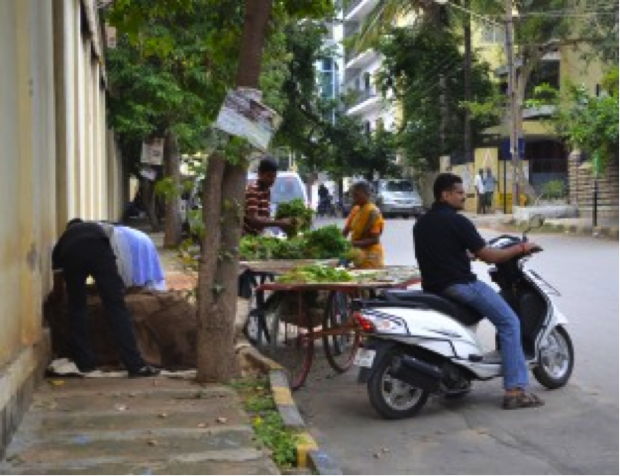 Photo: Now, Kami returns to India…but to a busy city in the south.

Additionally, as Eastern-informed spirituality grows more popular in the West, I have come to India interested in discovering what we can learn from Indian believers about how to interact with and speak Christ into the lives of people who have consciously or unconsciously adopted a worldview or spirituality that is increasingly similar to that found in Eastern religions.

During my first visit here, India confirmed for me what Scripture teaches about the relationship between prayer and salvation and the work of the Holy Spirit. One of my team’s prayers prior to our trip was that people would know they had heard the truth when we told them the gospel story. Our first day out on the Himalayan trails, a man we visited at his rugged mountainside farm listened closely while one of my teammates drew pictures and narrated the gospel over cups of chai. Via our Indian translator-friend, this farmer responded to the story by saying, “I know this is the truth,” the exact words we’d been praying would be his experience.

I hope to likewise be able to recognize the truth God lets me hear during this second journey into this part of God’s world. I’m glad to invite you to listen with me.

What do you do when God’s plans for you seem overwhelming and you’re running on empty?

Blog
By Julie M. Dahl
Confessions of a “just a…”

I have had the conversation hundreds of times. A fellow academic asks me what my field is and then follows up with the inevitable question: “Are you faculty?” Off campus, the question takes a slightly different...

Kathy Tuan-MacLean reflects on the source of a good life.