In Focus
By Chandra Crane

Honoring a Culture: Distinguishing Between Appropriation and Appreciation 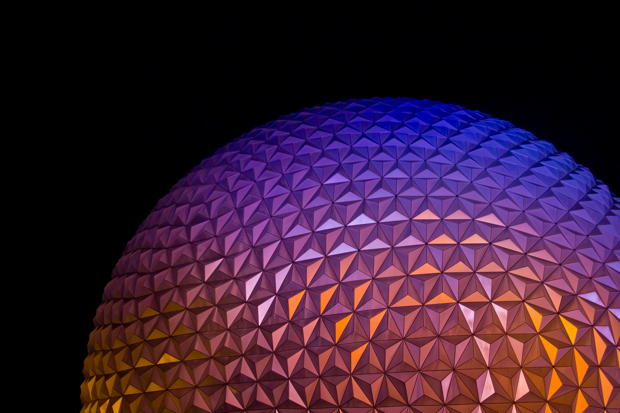 During a recent visit to Walt Disney World’s EPCOT theme park, wandering from the “Japan” area over to the “Mexico” section, I found myself considering the very fine line between cultural appropriation and cultural appreciation. What exactly is the difference between the two — between carelessly consuming another culture instead of graciously honoring it? Though I felt some measure of awe, tranquility, and charm while exploring the small replications of each country, I was also uneasy seeing the cheap, Americanized trinkets for sale everywhere. The keychains, refrigerator magnets, and kids’ toys seemed to reduce each culture to its basest stereotypes and to be consuming each culture without really understanding it. I had to wonder: Is it possible to practice appreciation without veering into appropriation? And how can one reconcile both the joy and discomfort over the portrayal of different cultures?

When we examine the university campus, we often see similar theme park-esque displays of culture. Especially during this time of year, with holidays like Halloween and Thanksgiving, many people feel comfortable appropriating the stereotypes and commodities of another culture. At some level, whether another culture is portrayed positively or negatively is beside the point. When majority culture students, for example, dress up for Halloween as other ethnicities, their actions are usually tone-deaf at best. Each year in the news, we hear of majority culture students donning black-face (a practice rooted in the mockery and dehumanization of African Americans), dressing as “sexy” geishas, or theming a party based on the grossest stereotypes of another ethnic culture. Even the traditions of having a Thanksgiving meal on campus can be short-sighted cultural appropriation, rather than being seen as an opportunity to understand Native culture better. As opposed to cultural appropriation, cultural appreciation should be valuing, affirming, and striving to support a culture with all its nuance and complications. Someone practicing cultural appreciation seeks to respectfully inhabit the realities of a culture — the overarching narratives which set a culture apart from others. Rather than having a simple take on another culture, one which is void of depth or honor, how could it look to explore those cultures more deeply and to learn more about a certain people group than what cheap party goods stores would like to sell to us?

As I toured the various “countries” in at EPCOT, it was hard to tell which highlighted cultural aspects were mere stereotype, and which were general representations, or even archetypes. As we examine the campus around us, it can also be difficult to see where authentic culture is thriving and where ugly stereotypes persist. Stereotypes are characterized by making broad, sweeping assumptions, and then applying them to everyone in a culture (or affinity group). Stereotypes end the dialogue and listening before it’s truly even begun. When we stereotype people and cultures (and we all do, in one way or another), we assume we have all the information we need to know about the other. Where there is some level of appreciation for a person or a culture, it is in actuality a false appreciation, built upon false assumptions and pretense. Whether we are assuming that all people from a particular group are monolithically bad, or smart, or even eager to please, embracing these assumptions make personal relationships difficult and true cultural appreciation impossible.

By way of contrast, archetypes or prototypes are general representations. When we consult archetypes of a culture, we are acknowledging that our information is woefully incomplete. Rather than making assumptions based on hearsay or lack of interaction, a person who considers a prototype will recognize perceived commonalities in a group as a starting point for knowing people better. More importantly, when we use our information as a starting point, not a stopping point, there is the growing possibility of truly delighting in people and all their nuances. While a person who is trafficking in stereotypes is bound to judge others and seek to either avoid or exploit them, the person who uses archetypes as a springboard to greater understanding will have the opportunity to embrace the other and learn from them. Real growth can occur, for example, when we acknowledge that certain cultures have developed styles of art and literature in response to the difficulties facing them, and then listen to the story of specific persons as they explain the meanings and nuance behind their cultural contributions. Rather than thinking that one single person is a cookie-cutter replica of every other person in that culture, experiences of cultural appreciation open our eyes to the ways that one person is both representative of shared experiences of people groups, as well as being their own unique person — as is every human being.

For folks with academic backgrounds, it is helpful to consider the parallels with plagiarism. The prevailing sentiment, all too often, is that while plagiarism and copyright infringement are seen as very clear taboos, cultural appropriation is seen as more of a grey area. This exception for cultural appropriation can be very harmful and decrease the peace and prosperity of the schools, neighborhoods, and cities in which God has placed us. Though it may not be as easily recognized or prosecutable, cultural appropriation is plagiarism. When one culture — usually a dominant or privileged one — capitalizes on, mocks, or consumes a culture without giving credit, that is cultural appropriation, and that is dishonoring to the imago dei — the image of God — in us all. All this is purely academic, though, if we don’t examine specific implications. How can we best go about our lives seeking to appreciate not appropriate? How can we respect our students, professors, and colleagues? What are some practical ways — short of tattooing endnotes on our arms and wearing T-shirts with “© another culture” — to ensure that we fall on the side of appreciation, not appropriation? Is this even possible to do this when we exist in a larger system?

The good news of the gospel is that Jesus has broken down the walls between peoples, so yes — though it takes persistence, honest cultural appreciation is truly possible. Learning from one another, celebrating valuable differences, and rejoicing in similarities — all this is possible. But it takes work, humility, and the Holy Spirit of God moving in our hearts. As believers who are in the university world, we have the opportunity to meet people from different cultures and to teach people about cultures. We have the opportunity to be salt and light. The goal of keeping dialogue open is served by cultivating empathy, listening carefully, and being willing to graciously raise the issue when something seems questionable. In terms of cultivating empathy in our spheres of influence, the answer is both easy and hard — being able to see the people around us and appreciate their cultures requires intentional slowing down and actually observing our surroundings. Here are some ideas, especially for those in positions of power:

The sometimes painful, but very necessary work of honoring fellow human beings means embodying a willingness to identify with the discomfort of seeing other cultures appropriated — to really feel the grief. Questioning various cultural portrayals — ”Is that really accurate? Nuanced? Healthy?” — can lead us into difficult, but important, spaces of self-examination. Whether we are wandering through an amusement park or the halls of our organization, we must keep our eyes open to the “other” — those who are both like and unlike us. We must recognize how we can serve others, but also the ways in which others have served us and contributed to our own growth and flourishing. As we seek to “outdo one another in showing honor” (Romans 12:10), the kingdom of believers grows and flourishes — both as the singular bride of Christ and as a group of beautiful, unique, and complex individuals.

Chandra Crane (BS Education, MA Ministry) is a Multiethnic Initiatives Resource Specialist with InterVarsity Christian Fellowship and a member of the multiethnic Redeemer Church in Jackson, Mississippi. Growing up in a multiethnic/multicultural family in the Southwest and now happily transplanted to the Deep South, Chandra is passionate about diversity and family.

She is a Regular Contributor for Dordt University’s In All Things and has written for The Witness: A Black Christian Collective and InterVarsity’s The Well. Chandra is the author of Mixed Blessing: Embracing the Fullness of Your Multiethnic Identity from InterVarsity Press.

She is married to Kennan, a civil engineer, and they have two spunky daughters. Chandra is a fan of hot tea, crossword puzzles, Converse shoes, and science fiction. She thoroughly enjoys reading, napping, and defying stereotypes.

Caroline Lancaster explores the joys and struggles of her journey into the fullness of her ethnic identity.