In Focus
By Jenny McGill

Identity, Boundaries, and Our Life in Christ 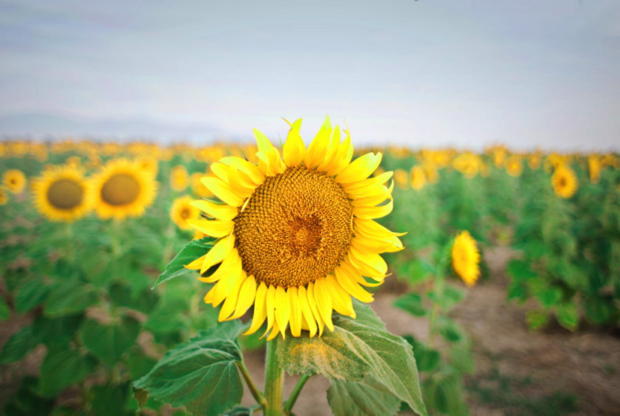 If one question drives humanity, it might be “Who am I?” or “What are we?” Moreover, in this age of identity debates, how do we welcome differing views without losing our own sense of reality? We live in an age of identity politics, and debates rage over who we are or who we should be able to be. Christians should care deeply about engaging these topics winsomely because our faith importantly defines and drives our identity formation as individuals in a particular community.

The dictionary definition of identity refers to one’s given personal characteristics comprising one’s individuality. This definition reflects a Western (European) philosophical frame of thinking. In many cultures of the world, such as the Middle East and Asia, one’s self-conception historically was not construed individually; identity is shared, interdependent, communal, enmeshed. As the saying goes, “There is no me apart from we.”

From its Middle French (identité) and Latin (identitas) roots, identity originally referred to sameness. The term was first used in 1545 in this sense of oneness or sameness of “character in different instances,”1 in which something is recognized as matching a given reality. This aligns with how many use identity today in terms of whether or not they are assigned a particular description. Sociologists distinguish between identities that are ascribed (others’ labels given with or without a person’s permission, such as race, biological sex, or age) or achieved (one’s self-earned labels, with which others may or may not agree). Multiple identities can form different intersections or bundles of statuses. Culture, largely controlled by the power structures in place (the state, church, wealthy, the majority group, etc.), drives the identity conversation, dictating who has the right to be ____ (fill in the blank). Since the 1970s, identity studies have exploded.

Identity comprises one’s self-understanding of how she defines herself and is defined by others. Identity is the totality of a person’s roles, characteristics, beliefs, memberships, and “commitments” as well as “her identification with treasured material possessions and her sense of where she belongs in geographical space.”2 Elsewhere, I argue that identities are fixed and fluid, continuous and discontinuous, and migrational.3 In large part, what we are socialized to do or to believe forms our identities.4 For example, in my work with foreign students, each year’s international event where national flags were paraded in procession brought no small amount of consternation among Taiwanese students and those from the People’s Republic of China with differing views of their national identities. Identity is a “force” that social structures push onto an individual and is modified by one’s resistance to such structures, based on their own self-views.5

A variety of factors influence identity formation: one’s faith, family of origin, geographic location and system of government, socioeconomic status, current societal views on gender and sexuality, individual choice, etc. Children are molded into societal and familial norms until such time as they begin to assert their own self-understanding, the age differing by culture. The Western mantra, certainly since the Enlightenment, has long since been to “determine yourself” (for those who have access to the power, privilege, and resources to do that). “Liberté, Égalité, Fraternité”— the French slogan reminds us. However, members of disenfranchised minority groups have experienced how difficult it remains to assert one’s identities if they do not match society’s (or the ruling party’s) definitions.

Our brains naturally sort, differentiate, and categorize data as we interact internally and externally with our worlds. Identity differentiation involves distinguishing one’s similarity with others (who I am) from the healthy separateness from others (who I am not), such as a child learning that she is not her mother. Boundary setting, however, can all too easily slip into the distortion of another’s humanity and value.

Maintaining self-distinction is integral to identity formation, as is other-identification. How does one preserve one’s individuality without trampling on another’s space to co-exist differently? How does one’s self-differentiation not descend into exclusion? Miroslav Volf maintains an important tension in forming identities: avoiding the conflation or erasure of difference. Rather, he advocates a process of “separating” and “binding,” connecting and differing, of “taking in” and “keeping out.” As he writes, “Identity is a result of the distinction from the other and the internalization of the relationship to the other.”6 Exclusion destroys both the connection between the self and the other (by pushing the other out) and the separation between the self and other (where the other’s unique qualities are extinguished, as in the process of subjugation or assimilation).7 Healthy self-individuation assumes a welcoming of the other.

Both extremes of too exclusive a boundary (creating an insulated identity) and too absorbent a margin (creating an indistinguishable identity) are problematic. Both differentiation from and identification with the other are necessary. A semi-permeable membrane in cell construction illustrates both self-configuration and the process of identity formation. The barrier permits certain ions and molecules to enter the cell’s interior while blocking others. It protects the cell from disintegration, deterioration, and invasion, yet also allows the passage of crucial supplies, such as nutrients that promote the health of the cell. This discrimination is essential for the cell’s continued survival and well-being. In much the same way, boundaries for human interaction should exist, but one’s negotiated identities dictate where those lines are drawn, depending upon circumstances and individual choice.

Drawing boundaries is a dangerous business, which is one reason we must do it together. That is why elsewhere I advocate identity-making as an interdependent identification and an interdependent determination.8 Another important direction is that of intersectionality, a consideration of how cumulative sources of societal oppression, based on the interaction of different identities (gender, sexual, ethnicity, class, etc.), contributes to one’s unique experience of marginalization. For example, Sojourner Truth’s speech at the 1851 Women’s Rights Convention in Akron, Ohio, while what she actually said is disputed, illustrates well the intersectionality of race and gender and the effects of this combination according to society at that time.

Narrative can be helpful in considering identity formation. If one’s self-conception is described as a story, identity formation follows a narrative structure (see psychologists Dan McAdams and Jenny Pak for their work on narrative identities). Much as Blind Harry’s poem in the 1480s and the movie Braveheart (1995) depict a conspicuously different William Wallace (1270-1305) from the actual figure, the stories we tell create our identities. We construct these stories to define and shape our identities, often to spin reality. Narratives are historically true or fabricated, so which stories are we living? In relating our identities to the story of God as revealed in the Bible and through Jesus Christ, how are we fitting into God’s story? If meaning and identity are created through storytelling,9 who does God intend us to be? Following Stanley Hauerwas, some stories are better than others. Christians are invited into Jesus Christ’s narrative, and God tells our true story into which we must be re-formed.

Those who claim a religious faith wrestle with how to express themselves within its bounds. Christians, for example, believe that their salvation through Jesus Christ freed them to become his bond-servants, becoming members of the body of Christ who have made a commitment to die to themselves and to the world (John 12:24–26; Rom. 6:6; Gal. 2:20; Col. 2:20). How do we reconcile this “death to self” with the right to self-determination?

In Christ, who we were is not lost but redeemed. Our individuality is not abandoned, but not everything with which we had identified can remain. Each self-conception held must be re-evaluated in light of one’s new identity because sin has disoriented our human understanding (Gen. 3; Rom. 6:1–7, 20–22; 1 Cor. 6:9–12). Christians question cultural messages, reconciling them with what God has already stated in Scripture. Being remade into the likeness of Christ requires becoming someone who one was not previously (Rom. 12:1–2; Eph. 4:23–24; Col. 3: 9–10; 1 John 3:3). Some self-opinions will be proved true while other self-identifications, once thought precious, will be disrupted (1 Cor. 3:9–15; 13:12; 1 John 2:17; 3:2). One’s transformed individual nature expresses Jesus’s character uniquely as the representative image of God and separates from what does not conform to the goodness of God.

One’s transformation as a believer in Christ means a reordering of one’s identities.10 Those who re-center themselves in Jesus Christ live out their existence in him (cf. Gal. 2:19–20). This personal entry into Christ’s narrative creates a new way to negotiate one’s identities. The tension of irreconcilable identity dilemmas may remain, but one’s new identity in and identification with Christ dramatically assists in laying down the sense of one’s well-deserved demands and picking up the long-neglected needs of others (Phil. 2:3–4). We learn to emulate Christ in his self-distinction and others-centeredness in observing whom he embraced and from whom he distanced himself and why. Learning to love and follow Jesus — that is, becoming his disciple — refashions one’s identities, through the work of God’s Spirit, church, and Scripture to guide us.

Portions of this article have been adapted from my previous publications, Religious Identity and Cultural Negotiation and Walk with Me, used with permission.

Jenny McGill (PhD, King's College London) is a dean at Indiana Wesleyan University and adjunct faculty member at Dallas Theological Seminary. A Fulbright recipient, she has worked as an international educator and intercultural consultant with clients and students from over sixty nations. Connect with her at jennymcgill.com and @drjennymcgill.