In Focus
By Jeff Greenberg

Lessons in Prison: Faith and Oceanography

I have a good friend named Matt. He is in his late thirties and will be in prison until he dies. I do not know or really care why he is a lifer. I haven’t asked and he hasn’t volunteered that information in the 54 months of our association. Some day I might meet him face to face.
Matt originally contacted me via letter, the only communication mode available to him. I don’t remember or maybe never did know how he got my address. I hadn’t received pen-pal requests from a prisoner before. Some folks will warn you that the incarcerated may try to con you into something. However, Matt expressed his faith in Jesus as well as a desire to receive any academic tutoring he could get. 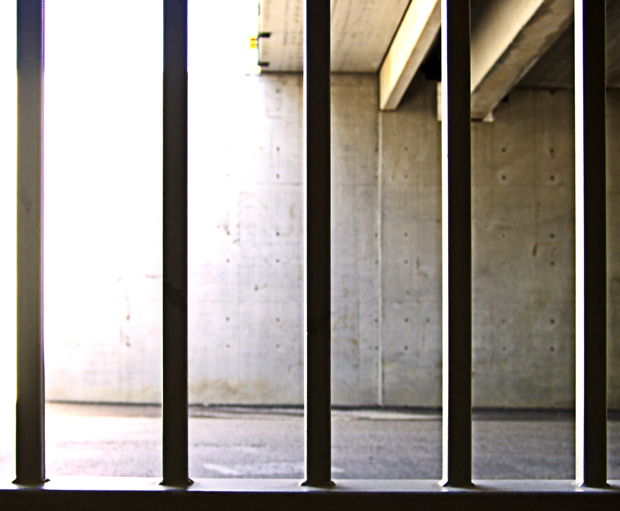 There was a bit of doubt as I pondered a response to his first letter. Instead of ignoring him, I sent a probing reply to see how genuinely his interest (and faith) would be elaborated. Matt’s second letter was long, well-written, and persuasive. In particular, he described a background as a scuba instructor and his amateur study of marine biology. The way he described his Christian commitment was sincere without being simplistic. I still don’t know if he was a believer prior to circumstances that condemned him. Though the details are lacking, Matt is clear that he made sinful mistakes to deserve his harsh sentence. From the earliest exchange, I could tell he could use a Christian friend. My role would be as friend as well as instructor.
A small bible college had arranged for Matt to receive academic credit if he fulfilled significant requirements for quantity and quality of study. In our case, he would obtain study assignment outlines from different sources (including distance-learning materials) and write on subjects pertinent to his learning objectives. I am no biologist, nor am I an ocean scientist, but I did read, comment upon, and evaluate all of Matt’s work on the broader topic of oceanography. The scope of his studies included physical oceanography, involving global current patterns and coastal dynamics. He also studied seafloor topography and associations with plate tectonics, a realm I know rather well.
The second year of our interchange (mail to me and mail back to him), Matt added chemical oceanography and a growing amount of reflection on the biological. This activity was a boost for my own continuing education as the student taught the instructor.
Each of our lesson cycles began with some personal-spiritual sharing. He let me know how the dark day-to-day life in prison wears down the soul. I’ve prayed for him that his faith and zeal for learning will be a center of brightness there. Unfortunately, I haven’t read much encouraging commentary about his relationships with other prisoners or staff.
Matt officially gained a two credit-hour grade of "A" for his first two years of matriculation. His desire to learn and continue our relationship is very compelling.
I hope that a Christian marine biologist might join me some day. For now, Matt is moving through many more applied topics including environmental threats such as climate change, solid-waste pollution, and coral-reef degradation. In every case, he has done a fine job of finding the scholarly resources he can, integrating their data and interpretations into his writing, and then discussing the broader implications. It is encouraging to read Matt’s attempts to offer solutions to many problems. I do wonder what he would be like, out in the “world” and free to labor for the oceans of God’s creation.
As our relationship on paper has grown, I have felt drawn to be more personal about sensitive issues for me. Describing my family with the struggles of raising four adopted children has been difficult but also allows Matt to express a sense of empathy and commiseration. My family knows the pain and consequences of sin. We have experienced darkness and dysfunction, jail and rejection, but also unlooked for grace. I know that Matt prays for me and mine. He has in a few letters written of the great loss of relationships caused by or leading to his confinement. Details are missing but his spirit shows much of the hurt. I have also shared, anonymously, some of the trials my students experience. Matt always offers some wise words for these people. Some reciprocate in praying for him.
The “position” of instructor-mentor is no distraction for me. I do have to evaluate Matt’s work, making sure that his writing is clear and academically “meaty." The various suggestions and corrections I submit are well received. Mostly, he writes well. I need to probe a bit to see where he learned so well. He has learned to footnote most of the assignments with reference to his sources. It’s not always apparent that he comprehends the material as well as he describes it. There is certainly some unintended plagiarism in his observations but no more so than what I see from my Wheaton College students. His writing style is excellent, avoiding the technical aridity of professional science publications. In fact, he would be a good candidate to write accurately about these issues in the popular press. I wish that he had that opportunity.
We are now working on completion of Matt’s second correspondence course. His thinking and writing have grown in sophistication. I am very pleased to learn that he has actually authored a surrogate-presented paper at a professional conference. Other than my instructor’s service, the only other material contributions I have made to him have been some reference documents and paying for his membership in the American Cetacean Society.
It makes me happy to invest in Matt, and this concept is perhaps difficult for people to appreciate. As I continue to comment on the assignments, I have encouraged him to find one or more colleagues around him to join him in study. He has so much heart and increasing wisdom that could be shared. There must be other inmates who would be receptive to Matt’s perspective, both with respect to faith and to creation-nature. Sadly, he has never mentioned other inmates in any positive way. It may be Matt’s personality or it may be it is indeed that dark inside. I can only keep praying for opportunities.
Matt is a pseudonym.
Tags:
teaching | mentoring | cultivating community

Jeff Greenberg is Professor of Geology and Environmental Science at Wheaton College in Illinois. His graduate studies included the University of Kentucky and the University of North Carolina at Chapel Hill. Most of his recent studies provided opportunities for undergraduate students to combine service and research for the needs of people and environment in the "two-thirds world." Greenberg and his wife are parents of five children, four of them adopted.

Receiving negative feedback is hard for us all. How should we respond?

There is an old education cartoon where a woman is standing in front of a body huddled under the bedcovers, just its toes peeking out, saying, “I know the kids don't like you and they pick on you, but you have to go to school...