Louie Zamperini and Loving the Other

Louie Zamperini, Olympian and World War II hero, died July 2 at the age of ninety-seven. In the spring of 1943, Zamperini’s bomber crashed into the Pacific Ocean. He survived 47 days at sea, only to be captured by the Japanese. For the next two years, he enduring almost inconceivable suffering as a prisoner of war — regular beatings, starvation, and torture. As I read Laura Hillenbrand’s book, Unbroken, there were times when I thought the story couldn’t be completely true, the cruelty must have been exaggerated for dramatic effect. But the events are well documented. 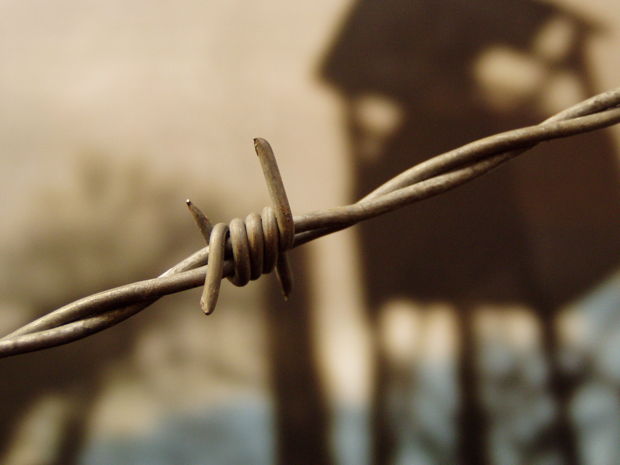 Hillenbrand writes that the Japanese believed they were morally superior to non-Japanese. The Japanese didn’t see the captured Americans simply as their enemies; they saw them as other, as less than. We know the brutality of the Germans towards those they saw as other during the war. And here in America, over one hundred thousand Japanese-Americans were sent to internment camps. Though many were citizens, and thirty thousand were children, it didn’t matter. They were other.

I see this otherness behind headlines in the news cycle — I see it behind the rising bloodshed in Israel and Palestine, in the latest school shooting, in the sex-trafficking ring. But I’m safe from this kind of thinking, right? I live in a Midwestern city, Fort Wayne, Indiana, the City of Churches. We’re neighborly here in the Midwest.

But when the gun violence in my city skyrockets, I hear, “Those people are just shooting one another.” Those people, those other people.

As the refugee population grows, I hear, “Those people are taking over our city.” These other people, who haven’t learned English.

When we lived in France, part of my job was helping the young internationals joining our team to adjust to French culture. I explained the way to do things, because in France there is often a Way. I did this not only so they could avoid awkward faux pas, but also because I know that when we come across a behavior that we don’t understand, the temptation is to ascribe negative intentions to the person. We judge them; they become other, less than.

So when a French cashier doesn’t return a smile during the checkout process, my young team members would easily conclude, “French people are rude and unkind.” There was little danger of my young team members lashing out in unimaginable cruelty to the French, but they could easily fall into sweeping judgments, bitterness, and withdrawal from the people that they had intended to embrace. When they learned the reality, that French people who aren’t already friends only share a smile if there’s a reason to — like a funny comment by someone in line — my team member was free to continue working to engage with French people, understanding that they are different, but not any more rude than the average person from their own country.

In France our small church community was diverse. We were Europeans and Americans, Africans and Asians, young and old, rich and poor. A seventy-year-old woman had at one time been homeless. A Vietnamese family had arrived as young adults refugees and were now sending their daughter to med school. A well-to-do French woman had grown up in the church. For many of us, our French was accented, but it didn’t matter, even the French had their regional accents. We all belonged. There was no other.

So I’ve struggled with the homogeneity of the American church and wider culture. It’s too easy to only rub shoulders with people like me. In her book, Disunity in Christ, Christena Cleveland writes about how prejudice and distrust develop in homogenous groups: “What begins as seemingly harmless homogeneity often snowballs into distrust, inaccurate perceptions of other groups, prejudice and hostility.” (p. 33)

I believe this kind of distance from those unlike us is dangerous for our souls. It leads to discussions about those people. It leads to a lack of neighborliness, the Jesus kind of neighbor who crosses the street to bring help and healing, who has dinner at a sinner’s house.

I believe we need to be deliberately reaching across racial, cultural, and socio-economic barriers if we are to live as Jesus calls us to live. Though this was a much easier task in our multi-cultural setting in France, I do see it here, in my new city.

I have a friend, a young mother of three, who joins a group of women who enter strip clubs, week after week. The women get a table, let it be known that they are believers and offer friendship to Brittany, to Kayla. The strip club employees are no longer those people.

For Black History Month, instead of organizing a Gospel music or food-oriented event, the non-profit I work for hosted a series of book discussions on W.E.B. Dubois, The Souls of Black Folk. We were a small multi-racial group wrestling with one another’s stories and our country’s complicated racial history. We were no long other.

A busy friend and her family welcomed Jasmine, a new Korean student, into their lives, committing to be her American family. Others have intentionally come around new refugees, walking with them as they build a new life in America.

When we reach across barriers, the those people conversations dry up. They have no place. When violence strikes our community, we stand together, weeping side by side at the prayer vigil, working together to address the deeper issues leading to violence because they touch our community, they touch our neighbors. We come alongside refugees, understanding that they have left everything behind. They serve us tea in their apartments, we invite them along to our kids’ soccer games, and we become friends.

Louie Zamperini did make it out of the prison camps. You can read his story in Hillenbrand’s book or watch the movie to be released later this year. You would think that, having suffered so much, he would have permission to think of his Japanese tormentors as other, undeserving of forgiveness or kindness.

Fifteen years after his liberation, he traveled back to Japan to see his tormentors, to look them in the eye. Louie stood in a room with former prison guards, 850 of them, now prisoners themselves. His former prison guards were asked to come forward,

“the prisoners stood up and shuffled into the aisle. They moved hesitantly, looking up at Louie with small faces.

…Before he realized what he was doing, he was bounding down the aisle. In bewilderment, the men who had abused him watched him come to them, his hands extended, a radiant smile on his face” (p. 379-380).

Louie, who had struggled with deep hatred toward his captors, had come to see them with compassion and love.

Through God’s grace he was able to offer forgiveness, to embrace the other.

After six months filled with loss, Tish Harrison Warren breaks her writing silence and opens her heart in the midst of grief.

Sarah Pechan calls readers to not contribute to poverty production with their funding and gives resources for socially responsible investing.